Our July premium wines are from Australia. The red is The Forbidden Red from the Urban Myth Winery; $8.50 for a glass and $24.95 for a half litre. The white is McGuigan Black Label Moscato, $6.50 for a glass and $19.95 for a half litre. Our guest draught tap is currently pouring the Stiegl Radler Grapefruit Lager from Austria. $8.95 for a pint and $6.95 for a half pint. Served in its own branded glass. A delicious summer quencher! The current beer in our single hop series beer is hopped with Zythos, a HopUnion (a hop provider) proprietary blend, but the same blend is used at all stages of the brewing process; lots of tropical, citric flavors and aromas. The Bushwakker is now a SaskTel “hotspot”. That means that if you are a SaskTel mobile user, your WiFi is turned on and you don’t have the wrong phone, you will be switched to SaskTel WiFi Select whenever you come in to see us. It also means that other WiFi users should see betters service because our other WiFi servers will see less load.

July 17: Riders vs. B.C. Lions. A Friday night home Rider game with a 8:00 PM kick off. The pub will be hoppin’ tonight! Be sure to join the Sea of Green before, during or after the game. Enjoy our Lion Burger & a Pint feature for only $16.95 and "devour" the competition! Go Riders! July 20: Monday Night Jazz & Blues. Whiteboy Slim. Enjoy this award-winning Canadian blues artists joined by his amazing one-man rhythm section. 8:00 PM. July 22: Wednesday Night Folk. Chad Kichula. Americana, roots, rock and folk from a honest to goodness workin' man. 9:00 PM. July 23: A Super Summer Specialty Stout Spectacular. Sold out! July 26: Sunday Rider Home Game vs. Hamilton Ti-Cats. It's not very often that The Bushwakker is open on a Sunday but for the second time this month, those popular Sunday Home Rider games make us the place to be before, during or after the big game. Enjoy our Tabby Burger & a Pint feature for only $16.95. We’re open at 11:00 AM and kick off is at 5:00 PM. July 27: Monday Night Jazz & Blues. Billy & Karen. Talented veteran blues and folk duo returns after a long Bushwakker hiatus. 8:00 PM. July 29: Wednesday Night Folk. Jake Ian. Alberta's country road troubadour plays a ragged combo of folk, blues and country. Encore performance. 9:00 PM. July 31: August Long Weekend Keg Event. Receive free ice, cups, coasters and the loan of a keg chiller tub with the purchase of any one of our four sizes of kegs this summer long weekend. Perfect for any size gathering large or small.

Anheuser-Busch InBev has agreed to settle a class action suit that alleged the brewing company "committed unfair and deceptive practices" by marketing and selling beer "in a way that misleads consumers into believing that Beck's Beer is German, still imported from Germany." A-B began brewing the Beck's beer sold in the United States at its St. Louis brewery in 2011. In a preliminary settlement, which is set for a final approval hearing in October, Anheuser-Busch is agreeing to provide refunds to any consumer who purchased Beck's in the United States since May 2011. Refunds would be distributed on the following basis: a. $0.10 for each Individual bottle or can; b. $.50 for each six pack of 12 oz. bottles or cans; c. $.50 for each four pack of 16 oz. cans; d. $1.00 for each Twelve pack of 12 oz. bottles or cans; e. $1.25 for each fifteen pack of 12 oz. bottles or cans; f. $1.75 for each twenty pack of 12 oz. bottles. Claims will be limited to $50 for those who can provide valid receipts and $12 to those without proof of purchase. As an additional part of the settlement Anheuser-Busch agrees to make the phrase "Brewed in USA" or "Product of the USA" more visible on each bottle. 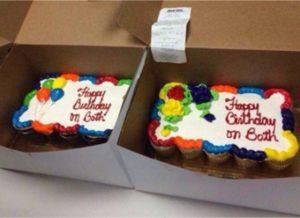 Why beer is a better drink to serve with food than wine  By Sarah Knapton, Science Editor Beer is a better drink to serve with food than wine, Britain’s Beer Sommelier of the Year has claimed, as she advises hosts to serve it a Champagne flute or brandy snifter rather than traditional pint glasses. Jane Peyton, who was named Sommelier of the Year by The Beer Academy in May, said that there was too much snobbery around pairing beer with food. She advised serving beers made with Champagne yeast as an aperitif or ales with chocolate and coffee flavours with rich desserts like tirimusu. “It’s actually much better pairing with a food than wine and there are so many special beers for fine dining,” she told The Independent on Sunday’s New Review magazine. “But snobbery means it’s an uphill battle to convince people of all that. Wine as the drink of people of high status for 5,000 years and the wine industry, with its good PR has maintained that reputation.” Ms Peyton said many hosts just assume that women, in particular, only want to drink wine at dinner or parties. “Don’t patronise a woman,” she added. “And if she orders beer, don’t assume she’ll want a pale, tasteless fruit beer. She might want an Imperial Russian stout, which tastes like treacle. “I’m always trying to persuade more women to drink beer. When I have dinner parties I pour out my ale into Champagne flutes and brandy glasses.” Britain is undergoing a craft beer resurgence with more than 1,300 breweries and micro-breweries in the UK, he highest number in 70 years. In January a decade of decline in beer sales came to an end with 1.3 per cent rise in purchases. The 1.3 per cent rise in 2014 followed nine consecutive years of decline, which saw beer sales slide by an astonishing 24 per cent – 6.7 million fewer pints sold, per day. It was mainly due to Labour’s beer duty escalator which ran from 2008 and 2013 and saw beer tax rise by 42 per cent, leading to 7,000 pubs closing and the loss of 58,000 jobs. However after two historic cuts in beer duty by Chancellor George Osborne the industry has begun a resurgence. Ms Peyton said pubs were a national treasure and should be saved at all cost. “They are good for our social health as they are so convivial,” she added. “Beers in a pub make people happy.” To wine Sommelier of the Year experts must to suggest beer matches for the three course British Institute of Innkeeping’s annual lunch menu, conduct a tasting of a bottled craft beer and demonstrate how to present a beer in perfect condition in a pub environment. 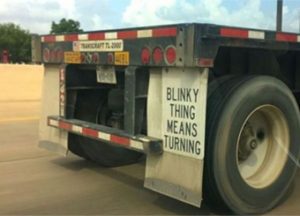 Six retired mates were playing poker in the condo clubhouse when Charlie lost $500 on a single hand, clutched his chest and dropped dead at the table. Showing respect for their fallen comrade, the other five continued playing, but standing up. At the end of the game, Sam looked around and asked, "So, who's gonna tell his wife?" They cut the cards. Joe picked the low card and had to carry the news. They told him to be discreet, be gentle, and don't make a bad situation any worse. "Discreet? I'm the most discreet person you'll ever meet. Discretion is my middle name. Leave it to me." Joe went over to the Charlie's condo and knocked on the door. Charlie’s wife answered through the door and asked what he wanted. Joe declared: "Your husband just lost $500 in a poker game and is afraid to come home." "Tell him to drop dead!" yelled the wife. "I'll go tell him." said Joe. A man is in bed with his wife when there is a rat-a-tat-tat on the door. He rolls over and looks at his clock, and it's half past three in the morning. "I'm not getting out of bed at this time", he thinks, and rolls over. Then, a louder knock follows. "Aren't you going to answer that?" says his wife. So he drags himself out of bed, and goes downstairs. He opens the door and there is man standing at the door. It didn't take the homeowner long to realize the man was drunk. "Hi there." slurs the stranger, "Can you give me a push??" "No, get lost, it's half past three. I was in bed." says the man and slams the door. He goes back up to bed and tells his wife what happened and she says: "Dave, that wasn't very nice of you. Remember that night we broke down in the pouring rain on the way to pick the kids up from the baby-sitter and you had to knock on that man's house to get us started again? What would have happened if he'd told us to get lost??" "But the guy was drunk." says the husband. "It doesn't matter." says the wife. "He needs our help and it would be the Christian thing to help him." So the husband gets out of bed again, gets dressed, and goes downstairs. He opens the door, and not being able to see the stranger anywhere he shouts: "Hey, do you still want a push??" and he hears a voice cry out "Yeah please." So, still being unable to see the stranger he shouts: "Where are you?" And the stranger replies: "I'm over here, on your porch swing."