Our July premium wines are from Australia. The red is The Forbidden Red from the Urban Myth Winery; $8.50 for a glass and $24.95 for a half litre. The white is McGuigan Black Label Moscato, $6.50 for a glass and $19.95 for a half litre. Our guest draught tap is currently pouring the Saugatuck Neapolitan Milk Stout from Michigan. $9.50 pint. Yes, chocolate, vanilla and strawberry characteristics found here! Next up is the Stiegl Radler Grapefuit Lager from Austria. The 2nd offering of our Single Hot Series of Screamin’ Mosquito Chili Beer is now available. This offering features the Green Thai Chili Pepper. It is not as hot as the previous Scotch Bonnet Pepper version but still has some nice heat in the finish. A very drinkable chili beer. Next up will be our Habanero chili beer. The next beer in our single hop series beer is hopped with Zythos, a HopUnion (a hop provider) proprietary blend, but the same blend is used at all stages of the brewing process; lots of tropical, citric flavors and aromas. For those who mourn the demotion of Sodbuster Brown Ale from its status as a “year-round” beer to “seasonal”, a brew of Sodbuster is working its way through the brewery. It’s already been fermented and is now conditioning.

July 3: First Firkin Friday. Enjoy this longstanding Bushwakker tradition where a piper from the Regina Police Pipes & Drums leads a small keg (the firkin) throughout the pub and is tapped by a guest volunteer. Bushwakker head brewer, Mitch Dalrymple, creates a special brew for those who are in attendance. The keg is usually drained in 30 minutes or less. Plan to arrive early and pre-order your firkin pint! July 5: Sunday Rider Home Game vs. Toronto Argonauts. We will be open at 11:00 AM. Be sure to stop by before, during or after the game and enjoy our Argonaut Burger & a Pint feature for only $16.95. Think of it as "devouring" the competition. Go Riders go! July 6: Monday Night Jazz & Blues. 8's Enuff. Enjoy big band jazz from this mini big band who has plenty of punch and prowess! 8:00 PM. July 8: Wednesday Night Folk. Becky & The Jets. Popular act plays some classic folk hits. 9:00 PM. July 13: Monday Night Jazz & Blues. The Ministry of Groove. Popular act with horn section plays 1970's jazz funk and beyond. 8:00 PM. July 15: Wednesday Night Folk. Keith Dyck Duo. Lively Winnipeg folk act plays global country with rock and roll heart. 9:00 PM. July 17: Riders vs. B.C. Lions. A Friday night home Rider game with a 8:00 PM kick off. The pub will be hoppin’ tonight! Be sure to join the Sea of Green before, during or after the game. Enjoy our Lion Burger & a Pint feature for only $16.95 and "devour" the competition! Go Riders! July 20: Monday Night Jazz & Blues. Whiteboy Slim. Enjoy this award-winning Canadian blues artists joined by his amazing one-man rhythm section. 8:00 PM. July 22: Wednesday Night Folk. Chad Kichula. Americana, roots, rock and folk from a honest to goodness workin' man. 9:00 PM. July 23: A Super Summer Specialty Stout Spectacular. Sold out! July 26: Sunday Rider Home Game vs. Hamilton Ti-Cats. It's not very often that The Bushwakker is open on a Sunday but for the second time this month, those popular Sunday Home Rider games make us the place to be before, during or after the big game. Enjoy our Tabby Burger & a Pintfeature for only $16.95. We’re open at 11:00 AM and kick off is at 5:00 PM. July 27: Monday Night Jazz & Blues. Billy & Karen. Talented veteran blues and folk duo returns after a long Bushwakker hiatus. 8:00 PM. July 29: Wednesday Night Folk. Jake Ian. Alberta's country road troubadour plays a ragged combo of folk, blues and country. Encore performance. 9:00 PM. July 31: August Long Weekend Keg Event. Receive free ice, cups, coasters and the loan of a keg chiller tub with the purchase of any one of our four sizes of kegs this summer long weekend. Perfect for any size gathering large or small. 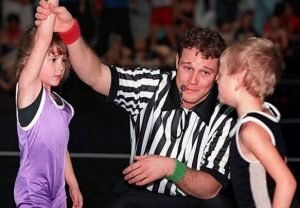 MOXEE, Wash. — Jun 12, 2015, By NICHOLAS K. GERANIOS Associated Press These are good times for growers like Ben St. Mary. He stood at his family's farm in Washington state recently and watched as employees built trellises where a new field of hops, the key ingredient in the flavoring of beer, will grow. "We're riding a pretty good wave right now," said St. Mary, whose Blackstar Ranch grows hops on 670 acres. "The whole craft beer thing is great." Hops are in short supply because of the dramatic increase in the popularity of craft breweries. That has growers in the Yakima Valley, which produces 75 percent of the nation's hops, rushing to expand their production. Hops are cone-shaped plants that are added to beer during the brewing process to add bitterness and flavoring. In Washington, acreage grew more than 6 percent in 2014 from the year before, and is projected to rise 10 percent this year, industry officials said. Craft beers typically use four to five times more hops in the brewing process than blander mass-produced beers. The steady rise in the popularity of craft beers in recent years caught the hops industry, which had been in a slump, by surprise. St. Mary understands that brewers are worried about getting the hops they need. "It's caught them off guard," he said. Last year, Blackstar Ranch added 35 acres of hops and this year they are putting in 45 more acres, St. Mary said. Mitch Steele, brewmaster for Stone Brewing Co. in Escondido, California, agreed that "hop usage is outpacing supply." Stone Brewing, one of the nation's largest craft breweries, typically contracts several years out for its hops. "When beer volume projections change, we get into trouble with some varieties," Steele said. So far, Stone Brewing has been able to buy or trade for the hops it needs, he said. But some brewers have had to curtail production because of the shortage, he said. It's not just the hops plants that are in short supply, Steele said. More processing facilities that dry and bale the plant are also needed, he said. Tomme Arthur, chief operating officer of The Lost Abbey in San Marcos, California said their solution is to contract for more hops than they need. "For the past three years, we have sold off our surplus to friends and other brewers in need," Arthur said. But they will likely quit doing that as the brewery is expecting growth of some 20 percent per year, he said. Paul Gatza, director of the Brewers Association, a Boulder, Colorado-based group that represents 2,500 craft brewers, said prices for hops are climbing as the supply remains tight. The group has a goal of 20 percent of market share belonging to craft brewers by 2020, up from 11 percent now, he said. To grow hops, farmers must build 18-foot tall trellis systems that the plants climb as they grow. It costs $8,000 to $10,000 an acre, and the crop is highly labor intensive. Hops are not widely grown. The Yakima Valley, for instance, grows 25 percent of the world's supply. Oregon and Idaho are the other big hop producers in this country. Overseas, Germany and the Czech Republic grow hops. Ann George, administrator of Hop Growers of America, based in Moxee, said the hop market is divided among two basic types. Alpha hops are used to flavor traditional mass market beers, George said. What's new is the rising demand for aroma hops, which add unique bitterness and other strong flavors to beer. The U.S. grew 10,000 acres of aroma hops in 2010. That number rose to 24,000 by 2014, George said. Acreage devoted to alpha hops is dropping. Meanwhile, prices for aroma hops climbed to $3.83 per pound, up 13 percent from 2013. Aroma hops can also impart a wider variety of additional flavors, including fruity, citrus, chocolate, mango or other notes to beer, George said. The demand for hops has spawned interest from farmers in other states, such as Michigan, Montana and New York, George said. Hops grow best along the 45th parallel, she said. It can take two to three years to get a field into full production, she said. Traditional beers use a quarter to a fifth of a pound of hops per 31-gallon barrel of beer, George said. Craft beers use about 1.4 pounds of hops per barrel, she said. Growing hops has not always been a good business in the past 20 years, when oversupply caused demand to plummet and some growers to go out of business, George said. Then came the worldwide economic downturn of 2008. "We found out beer was not recession-proof," George said. Ed. Note: In Canada hops are grown commercially in Nova Scotia, Ontario and British Columbia. 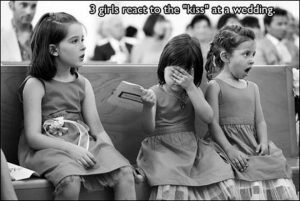 Geppetto runs into his beloved Pinocchio at the mall one day. He asks how things are going. Pinocchio stammers "uh... well I have problems... with my girlfriend. You know? Splinters". Geppetto chuckles fatherly, winks and says "sandpaper, my boy. Sandpaper". A month later he runs into Pinocchio again and asks how's it going with his, er, problem. Pinocchio asks "what problem?" "You know, with the girlfriend (nudge nudge)" Geppetto says. "Girlfriend?" Pinocchio says. "Who needs girls?" I used to eat a lot of natural foods until I learned that most people die of natural causes. Life is sexually transmitted An unbreakable toy is useful for breaking other toys. If quitters never win, and winners never quit, then who is the fool who said, "Quit while you're ahead?" Health nuts are going to feel stupid someday, lying in hospitals dying of nothing. Whenever I feel blue, I start breathing again.