Our June premium red wine is Altano Douro DOC (a blend of touriga franca, tinta roriz and tinta barroca grapes) from Portugal; $7.95 for a glass and $22.95 for a half litre.  The white is Mud House Sauvignon Blanc from New Zealand; $8.95 for a glass and $26.95 for a half litre. Our guest draught tap is currently pouring an Imperial IPA offering from Black Bridge Brewing in Swift Current, Saskatchewan for $8.95 a pint.  Next up will be a hoppy, American-style wheat beer called WheatBurst also from Black Bridge Brewing. Tickets to our Thursday, July 23rd Super Summer Specialty Stout Spectacular beer tasting event are now available. Evaluate 10 special imported stouts.  Tickets $39.95.  Only 50 available.

Looking for a unique gift for Father’s Day? Help dad “Tie One On” this year and give him a Bushwakker Father’s Day Growler Gift Box. Choose from either a stainless steel or glass growler. Each gift box also includes two Bushwakker etched pint glasses and a gift certificate redeemable for a free regular growler fill. Each growler is also handsomely adored with a brand new snazzy tie!

June 15: Monday Night Jazz & Blues. Shane & Ethan Reoch. Regina’s friendliest bluesman is joined by his son for an evening of great blues tunes and storytelling. 8:00 PM. June 17: Wednesday Night Folk. Bradford. Talented folk duo featuring singers/guitarists Brad Papp and Mark Radford. 9:00 PM. PLEASE NOTE: The Bushwakker will be closed to the public for a private function for Saskatchewan Trade and Export Partnership between 5:00 PM and 9:00 PM. June 18: 2015 JazzFest Regina Bushwakker Performance - The Heavyweights Brass Band from Toronto. The biggest night of the year for live jazz at The Bushwakker! Brass band music is gaining street cred with six raucous musicians from Toronto. The Heavyweights Brass Band deftly mixes the diverse flavors of jazz, pop, funk, world beat and more into an irresistible, multicultural musical feast. This accomplished quintet injects every tune with an infectious sense of fun, excitement, and impeccable musicianship. An original, modern concept utilizing a classic instrumental line-up. The band performs a mash-up of originals, classic New Orleans brass band repertoire and contemporary pop hits that share a consistent thread of quality, humour, virtuosity and fantastic collective improvisation. This is one of the coolest ideas for a band that we have heard in a long time. The band has a musical and personable appeal that transcends generations and genres. They have wowed crowds that ranged from university kids to retirees with their fresh and energetic approach to the genre. There's an equal attention to musicianship and entertainment that results in their winning formula. This is take-no-prisoners funky groove music at its best with plenty to keep the ears happy while the butt shakes! Rush seating tickets are $15 and available at the Bushwakker and Bach & Beyond. June 22: Monday Night Jazz & Blues. ‘round Midnight. Popular act plays popular jazz featuring new lead singer, Carl Williams. 8:00 PM. June 24: Wednesday Night Folk. Katie Miller Trio. Saskatchewan singer songwriter delivers folk rock songs from her debut album, Silverflower, along with covers of her musical influences including Neil Young and The Tragically Hip. 9:00 PM. June 29: Monday Night Jazz & Blues. AZ Paris. Blues duo plays raw new original blues with a twist, and cover songs that are done with justice. 8:00 PM. 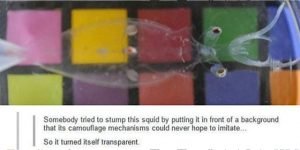 The people of the world want beer

Charlie Papazian When I have the opportunity to experience hundreds of different beers, it inspires my imagination. My mind drifts and dwells on the great explorations of the world; where ideas began and where they led; often exploring outside of the mainstream leads to a gold mine. Or it may take you to the open sea, searching for what is not yet known and realizing you’ve not only caught “a wave,” but created one. What follows is an essay I wrote in 1998. It is still relevant today.

Beer - the product - the consumer - the marketing - the culture

There are a million ways to profit from the sale of a product one produces. The success and growth of popular mainstream beers has come from innovative and effective marketing befitting the culture. The idiosyncrasies of distributor networks, laws, taxes, personalities, trust and confidences and public association all combine to influence the outcome of marketing strategies. The people of the world want beer. That must be written into the scriptures of the Way of the World.  It will never be different. For over 5,000 years it has been this way. What is particularly fascinating to me is that not only has beer survived for these thousands of years, but that its personality has changed so drastically. Beer as a popular beverage has been enjoyed by millions in forms that would seem so very foreign and unusual to us today. Brewed from bread. Brewed with herbal mixtures rather than hops. Brewed with various grains and spontaneous yeast fermentations. Would we think of these strange brews as beer today? Probably not. To prove this point western beer drinkers need only to sample the popular indigenous beers of Africa, enjoyed by hundreds of millions of people, but so very foreign to European and American palates. But the thousands of years of beer drinkers of the past would view our “refined” lagers and ales of today as extraordinary and weird, I am certain.

With a historical perspective, I can only try to peer into the dawn of tomorrow’s beer. What will beer be hundreds of years from now? History does not pause. Evolution is inevitable. What the world perceives and accepts as beer is certain to change. I am not a prophet. I cannot forecast for you what beer in the year 2100 will be in a more tightly connected and networked planet. But it does not take much intelligence to realize that the beer 100 years from now will be as different as today’s beer is from the beers that were popular 100 years ago. Evolution may be slow, but today we have the unique opportunity of knowing that evolution is not only inevitable but observable. We are in a unique position in that we are better able to observe the process of change and explore the possibilities. These Possibilities may be the important factor of breweries’ success in the beer business years from now. Think of all the great accomplishments, events and products of history. Retracing and exploring the origins of greatness always leads back to a tiny, quirky idea - only one of thousands of that day - Greatness and mainstream always stems from original exploration, evolution and a survival that captures the needs, trends and imaginations of the consumer. The world of beer has always offered thousands of choices, unique as well as mainstream. But up until now it was difficult for our minds to capture, observe and sample all of them. The network has only recently been available to access information about products and their qualities. For the consumer, increasing access to information will affect their perceptions and acceptance of products like no other time in the history of beer.

It seems an anomaly that the trend of mergers and global corporations lead to sameness in the qualities of mainstream beer, while the consumer will undoubtedly be overrun with exposure to even more diversity. I lean on the paying more attention to the potential effects of diversity in the eyes of the consumer. As the world becomes aware of diversity, evolution becomes speedier. The beers of the year 2100 are but tiny quirky ideas today. More so the beers of the year 2100 may be more influenced on the qualities of the product and less on the culture of marketing. That’s a bold statement. But brewers, distributors, sales people, media and especially tomorrow’s consumer will know of the product in a fashion not imaginable today. The year 2100 It all leads me to believe that open minds and open thinking will be most important for survival and success in the years to come. Creativity on behalf of the consumer will be key. Who will successfully choose the right quirky ideas that will evolve into mainstream trends of the year 2100? What a great world of opportunity for both the beer drinker and beer brewer today. This in itself is a significant factor of evolution. The People want beer. I can’t imagine what it will be in the year 2100. But it is out there in its infancy right at this very moment, waiting to capture the imagination of brewers and the beer drinkers. I’ve tasted thousands of different beers. I know I’ve already tasted the beer of the year 2100. Have you?

The Washington Post published its yearly contest in which readers are asked to supply alternate meanings for various words. 1. Coffee (n.), a person who is coughed upon. 2. Flabbergasted (adj.), appalled over how much weight you have gained. 3. Abdicate (v.), to give up all hope of ever having a flat stomach. 4. Esplanade (v.), to attempt an explanation while drunk. 5. Willy-nilly (adj.), impotent. 6. Negligent (adj.), describes a condition in which you absent-mindedly answer the door in your nightgown. 7. Lymph (v.), to walk with a lisp. 8. Gargoyle (n.), an olive-flavored mouthwash. 9. Flatulence (n.) the emergency vehicle that picks you up after you are run over by a steamroller. 10. Balderdash (n.), a rapidly receding hairline. 11. Testicle (n.), a humorous question on an exam. 12. Rectitude (n.), the formal, dignified demeanor assumed by a proctologist immediately before he examines you. 13. Oyster (n.), a person who sprinkles his conversation with Yiddish expressions. 14. Pokemon (n), A Jamaican proctologist. 15. Frisbeetarianism (n.), The belief that, when you die, your Soul goes up on the roof and gets stuck there. 16. Circumvent (n.), the opening in the front of boxer shorts. 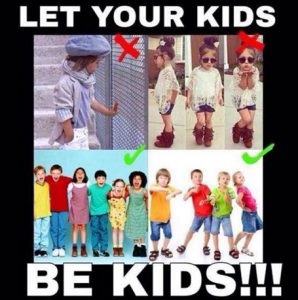 Age is a very high price to pay for maturity. Artificial intelligence is no match for natural stupidity. If you look like your passport picture, you probably need the trip. Opportunities always look bigger going than coming. Experience is a wonderful thing. It enables you to recognize a mistake when you make it again. Someone who thinks logically provides a nice contrast to the real world. There is always one more imbecile than you counted on.