Our premium wine specials for May are from the Cupcake Vineyards in California. The white is their Angel Food (A Chardonnay/Viognier). The red is their Chianti (Sangiovese grapes). Both are $7.95 for a glass and $22.95 for a half litre. Our guest draught tap is currently pouring Heen & Weer Trippel from the Brouwerij De Molen Brewery in The Netherlands; $7.95 for a 12 oz. serving, $9.95 for a pint. Next up is the Mikkeller Draft Bear Imperial Pilsner from Denmark.

May 25: Monday Night Jazz & Blues. Little Chicago. Veteran bluesman, Ray Eberle, leads this “real deal” blues trio. Don’t miss their only 2015 Bushwakker performance. 8:00 PM. May 27: Wednesday Night Folk. Sea Perry. Sudbury, ON indie/folk/rock trio plays giant singalong choruses, pristine melodies, chiming guitars and steady, driving rhythms. 9:00 PM. May 28: The 13th Annual Souls Sisters Benefit Dinner & Concert. Presented by The Room Hair Design. Don’t miss this very popular annual fundraiser event. Your $30 ticket gets you a famous Bushwakker Burger, hand cut fries, Caesar salad and a half pint of Bushwakker beer. You can also take in the massive silent auction, raffles and 50/50 draws. Enjoy live music performances from Roxie Lenton, Judith Morrissey, Poor Nameless Boy and more. Proceeds go towards YWCA programs for women and children. Tickets available at the YWCA and The Room. June 1: Monday Night Jazz & Blues. The Keith Price Trio. Winnipeg artist plays everything from cover material by artists like Nirvana, St. Vincent, and Sufjan Stevens to avant garde jazz material. 8:00 PM. June 3: Wednesday Night Folk. The Six Songwriters Summer Showcase. Neil Child is joined by Regina singer/songwriters Regan Hinchcliffe, Dustin Ritter, David Cruz Malloy, Darren Forbes, Rebecca Lascue and fiddler, Mark Wilson. 9:00 PM. June 4: Weird Whisky Tasting Event. Enjoy an evening evaluating whiskies from non-traditional whisky producing countries or products with unusual flavourings, finishes, ingredients or distillation techniques. Whiskey, wine and spirits aficionado, Mike Tory, leads you on a journey where the unexpected is to be expected. Only 50 tickets will be made available and are moving quickly. Only $20 each. 7:00 PM. June 5: First Firkin Friday. Don’t miss the pomp and circumstance as a piper from The Regina Police Services Pipes & Drums band leads a small keg of specially created beer (the firkin) in a procession throughout the pub.  A volunteer is selected to tap the firkin and delicious suds tend to soak all those in near proximity. Tapping takes place at 5:30 PM and the pub is generally quite full by 4:00 PM. A favourite longstanding Bushwakker tradition! June 8: Monday Night Jazz & Blues. Call Me Mildy. Original, alternative blues trio fronted by Greg Mildenberger. 8:00 PM. June 10: Wednesday Night Folk. Tara Dawn & Anna Ray. Eclectic a cappella blues pop duo returns for another unique performance. 9:00 PM. June 15: Monday Night Jazz & Blues. Shane & Ethan Reoch. Regina’s friendliest bluesman is joined by his son for an evening of great blues tunes and storytelling. 8:00 PM. June 17: Wednesday Night Folk. Bradford. Talented folk duo featuring singers/guitarists Brad Papp and Mark Radford. 9:00 PM. PLEASE NOTE: The Bushwakker will be closed to the public for a private function for Saskatchewan Trade and Export Partnership between 5:00 PM and 9:00 PM. June 18: 2015 JazzFest Regina Bushwakker Performance - The Heavyweights Brass Band from Toronto. The biggest night of the year for live jazz at The Bushwakker! Brass band music is gaining street cred with six raucous musicians from Toronto. The Heavyweights Brass Band deftly mixes the diverse flavors of jazz, pop, funk, world beat and more into an irresistible, multicultural musical feast. This accomplished quintet injects every tune with an infectious sense of fun, excitement, and impeccable musicianship. An original, modern concept utilizing a classic instrumental line-up.  The band performs a mash-up of originals, classic New Orleans brass band repertoire and contemporary pop hits that share a consistent thread of quality, humour, virtuosity and fantastic collective improvisation. This is one of the coolest ideas for a band that we have heard in a long time. The band has a musical and personable appeal that transcends generations and genres. They have wowed crowds that ranged from university kids to retirees with their fresh and energetic approach to the genre. There's an equal attention to musicianship and entertainment that results in their winning formula. This is take-no-prisoners funky groove music at its best with plenty to keep the ears happy while the butt shakes! Rush seating tickets are $15 and available at the Bushwakker and Bach & Beyond. 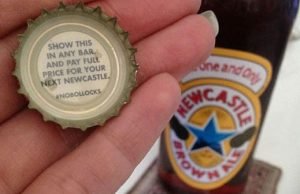 Blonds are less fun: A real beer guide to Germany

By Tom Conrad   March 19, 2015 (CNN)Germany is the global magnet for beer lovers, and Munich is the country's self-proclaimed hub of all things beer and brewing. But change is in the wind. Gone are the days when you could crawl the Oktoberfest or make the rounds of Munich's cavernous beer halls and honestly say you'd unlocked the ultimate German beer experience. Imagine this scenario: Hell-bent in search of German beer awesomeness, you touch down in Munich and make a beeline to the venerable Hofbraeuhaus beer hall, quaff a few pre-breakfast lagers, then lay in to another couple liters of blond at the Augustiner brewery. No biggie. After that, you stumble over to the Paulaner beer garden for another couple rounds, finish the evening at the Spaten brewery and wind up for a marathon session the next day at the Oktoberfest. You're one of -- count 'em -- 6.4 million driven party goers who let their hair down at this annual take-no-prisoners roundup, unmatched by any other beer gathering in the world. You're now 48 hours into your quest for beer nirvana. All manner of foam-fueled craziness lies behind you. You've Instagrammed every liter of beer and shot every pile of sausage, mound of pork and load of dumplings you devoured in the past two days. Your memory card is full, your rented lederhosen are soaked in sweat and chafing your heinie, and your head aches. You've consumed torrents of frothy pale liquid in the last two days, but there were no standouts. The first one tasted remarkably similar to the last one. Fun?  Maybe. It's a scene hundreds of devoted beer pilgrims repeat every year. And, admittedly, it's going to confer enough bragging rights to make you a hero among your beer-geek buds back home. But, lieblings, there's a lot more to German beer than this.

Munich's beer halls are dominated by the monoculture of the city's six megabreweries. Nothing against Munich's beer halls or the Oktoberfest, but the city's six megabreweries have spawned a beer monoculture. And apart from a few exceptions, their stock-in-trade consists of underwhelming blond brews -- mostly lager ("helles") or weissbier, the wheat beer Bavarians love. But there are at least 50 shades of German beer -- actually, tons more than that. And not all of them are pale, blond and one dimensional. The beer and brewing paradigm is shifting in Germany as it has shifted in so many other countries. The drinking public is becoming more sophisticated. Industrial beer isn't getting the love it used to. Old brewing styles and regional beers are being rediscovered, and a new generation of inventive craft brewers is coming to the fore. Regional copper brews and native kellerbier from the hinterlands, unfiltered rye beer, zoigl beer, edgy new top-fermented IPAs and other craft beer styles are proof that German beer is definitely worth traveling for. Unfortunately, truly great beer is rarely found in the places recommended by many published online guides. C'mon. Would it kill them to give some play to Germany's up-and-coming craft beers, micros and small, off-the-grid regional brewers? Or even to spotlight them? Until the online experts acknowledge Germany's growing alt-beer scene and expose travelers to real diversity, you'll have to rely on word of mouth, local recommendations and firsthand trial and error in the search for beer awesomeness. Ed. Note:  The full article provides suggestions for places that serve a wider selection of beer styles in Munich. And, for better or worse, you’ll find beer steins from those six blond-beer breweries behind the Bushwakker bar. (Excessive alliteration is unintentional.)

A file that big? It might be very useful. But now it is gone. The Web site you seek Cannot be located but Countless more exist. Chaos reigns within. Reflect, repent, and reboot. Order shall return. ABORTED effort: Close all that you have worked on. You ask way too much. Yesterday it worked Today it is not working Windows is like that. First snow, then silence. This thousand-dollar screen dies so beautifully. With searching comes loss and the presence of absence: "My Novel" not found. The Tao that is seen Is not the true Tao, until You bring fresh toner. Windows NT crashed. I am the Blue Screen of Death. No one hears your screams. Stay the patient course Of little worth is your ire The network is down. Three things are certain: Death, taxes, and lost data. Guess which has occurred. You step in the stream, but the water has moved on. This page is not here. Out of memory. We wish to hold the whole sky, But we never will. Having been erased, The document you're seeking Must now be retyped. Serious error. All shortcuts have disappeared. Screen. Mind. Both are blank. 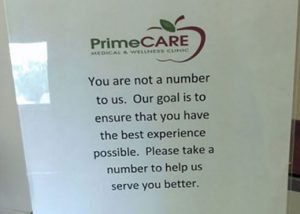