Our premium wine specials for May are from the Cupcake Vineyards in California. The white is their Angel Food (A Chardonnay/Viognier). The red is their Chianti (Sangiovese grapes). Both are $7.95 for a glass and $22.95 for a half litre. Our guest draught tap is currently pouring Heen & Weer Trippel from the Brouwerij De Molen Brewery in The Netherlands; $7.95 for a 12 oz. serving, $9.95 for a pint.

May 15 & 16: May Long Weekend Keg Event. The first long weekend of the Saskatchewan summer season will hopefully be a warm one. With the purchase of any one of our four sizes of Bushwakker kegs available, you will receive free cups, coasters, ice and the loan of a keg chilling tub. 10 litre (29 standard servings), 19 litre (55 standard servings), 29 litre (85 standard servings) and 59 litre (171 standard servers) are available for any size gathering big or small. May 15: Single “Hot” Series Screamin’ Mosquito Chili Beer Release. For over 20 years, the May long weekend has marked the beginning of the Bushwakker Chili Beer Season. From the May long weekend until Labour Day (Saskatchewan mosquito season), our spicy hot blond ale is available in 650ml take home glass bottles. We have offered a variety of hot peppers in our chili beer over the years – some mild and some painfully burning. We have received customer feedback indicating our previous year’s offering of Thai Red Chili Pepper beer was far too mild. This has sparked an interesting learning opportunity mirroring what many craft breweries are offering as “single hop” beers. These beers showcase the characteristic of a single hop variety in order to educate the consumer on the characteristics associated with that one particular hop. We have begun to offer single hop beers with the release of our Bushwakker Amarillo Single Hop Pale Ale in April. Beginning in May we will introduce a series of single hot chili beers utilizing a sequence of chili peppers offered throughout the summer. We have partnered with local businessman, Tony Matharu at the India Food Centre in Regina to provide a selection of fresh spicy peppers that will showcase their unique flavours in addition to varying degrees of heat. Things will kick off with a fiery bang! The Single Hot Scotch Bonnet Screamin’ Mosquito Chili Beer will be one of the hottest offerings in our history! You may choose to use it as a spicy marinade or as an ingredient in a pot of chili rather than drinking it. Subsequent offerings this season include Green Indian Chilies and Thai Green Chili Peppers. Try them all and pick your favourite. Let the 2015 sizzling Single Hot Chili Beer Series begin! May 18: Closed for the Holiday. Enjoy our Bushwakker keg feature this Victoria Day weekend! May 20: Wednesday Night Folk. The Moose Javians. Cowboy poetry and songs from Ken Mitchell, Slim Mitchell, and Johnny Twofingers. 9:00 PM. May 25: Monday Night Jazz & Blues. Little Chicago. Veteran bluesman, Ray Eberle, leads this “real deal” blues trio. Don’t miss their only 2015 Bushwakker performance. 8:00 PM. May 27: Wednesday Night Folk. Sea Perry. Sudbury, ON indie/folk/rock trio plays giant singalong choruses, pristine melodies, chiming guitars and steady, driving rhythms. 9:00 PM. May 28: The 13th Annual Souls Sisters Benefit Dinner & Concert. Presented by The Room Hair Design. Don’t miss this very popular annual fundraiser event. Your $30 ticket gets you a famous Bushwakker Burger, hand cut fries, Caesar salad and a half pint of Bushwakker beer. You can also take in the massive silent auction, raffles and 50/50 draws. Enjoy live music performances from Roxie Lenton, Judith Morrissey, Poor Nameless Boy and more. Proceeds go towards YWCA programs for women and children. Tickets available at the YWCA and The Room. 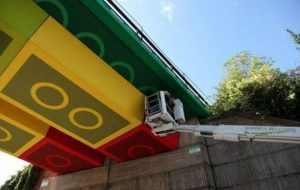 Craft Beer Brewer Blows Whistle, Gets Own Distributor in Trouble

By Adam Vaccaro   Boston.com Staff | 05.04.15 Dann Paquette, the co-owner of local craft brewery Pretty Things Beer and Ale Project, took to Twitter last fall to blow the whistle on his own industry. Paquette decried “pay to play” practices, in which bars take either cash or freebies from brewers or beer distributors in exchange for putting their beer on tap. He said the practice was keeping his beers out of bars. The tweets caused a stir, and a day after he typed them, The Boston Globereported that the state’s Alcoholic Beverages Control Commission had begun investigating what Paquette described as a common practice across the state. Paquette’s October tweets focused largely on the role of bars and restaurants in these arrangements. But it takes two to tango, with the second partner being either a brewer or a distributor. And how’s this for irony: The ABCC has accused Paquette’s own distributor of tangoing. Craft Beer Guild in Everett, a big Massachusetts beer distributor whose wide portfolio includes Pretty Things, will face the ABCC in June to determine whether it paid or otherwise induced bars for tapline placement. While the company is accused of violating rules prohibiting the practice, there aren’t any details about how it did so or with what beers. Martha Holley-Paquette, the co-owner of Pretty Things and Dann Paquette’s wife, confirmed to Boston.com that Craft Beer Guild is their distributor. Pretty Things has had no involvement in the state investigation, she said in an email. “We have no idea who is and is not specifically responsible for engaging in pay to play,” she said. “It was and is our belief that the practice is pervasive in our industry in many states, involving breweries, bars, restaurants, liquor stores and distributors.” So, if the charges brought against Craft Beer Guild are found to be true, what’s the feeling out of Pretty Things? Disappointment? Surprise? Neither? After all, Paquette’s complaint was that the practice was widespread, so maybe it makes sense that the resulting investigation would hit close to home. Holley-Paquette declined to say how she and her husband would feel if the accusations are proven true, or how such a finding would affect their relationship with their distributor. “We aren’t interested in speaking hypothetically,” she said. In addition to Pretty Things, Craft Beer Guild’s expansive list of beers it distributes includes Brooklyn, Allagash, Smuttynose, Abita, Yuengling, Mayflower, and many more local and national craft brews. The company did not comment for this article, but Beer Distributors of Massachusetts, the trade group representing the industry, issued a statement on its behalf, focusing on due process for the charges. “Full cooperation has been provided to the ABCC investigation, and we look forward to a full and fair process to be administered by the commission. The ABCC’s process is the appropriate venue in which to address this issue,” the statement read. Craft Beer Guild will face the ABCC on June 23. The ABCC’s investigation is ongoing, and it remains to be seen whether other companies will face similar accusations. 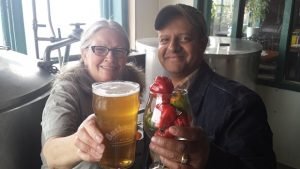 Time Out; notes from Mississippi’s parents. 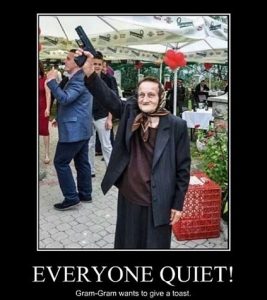