Our premium wine specials for May are from the Cupcake Vineyards in California. The white is their Angel Food (A Chardonnay/Viognier). The red is their Chianti (Sangiovese grapes). Both are $7.95 for a glass and $22.95 for a half litre. Our guest draught tap is currently pouring the Black Bridge Brewery’s Belgian-style Witbier from Swift Current, Saskatchewan. $7.95 for a pint. Next up is a Black IPA from Nokomis Craft Ales in Nokomis, Saskatchewan.

May 11: Monday Night Jazz & Blues. The Ministry of Groove. Popular act plays 1970`s jazz funk and beyond. 8:00 PM. May 13: Wednesday Night Folk. Kory Istace Vs. The Time Pirates. Renegade folk rock. 9:00 PM. May 14: Science Pub edition #29 – Photos of Baby Animals Can Help Keep You Safe. Presented by The University of Regina Faculty of Science and The Bushwakker Brewpub. Our wildly popular monthly Science Pub Series continues! Enjoy lectures on scientific topics of general interest in our Arizona Room (main floor banquet room) over beer and snacks. The room opens at 5:00 PM and quite often is full by 6:00 PM. Avoid disappointment and come down early for dinner and a pint before the presentation which begins at 7:00 PM. This month's lecture will be presented by Sarah Posehn who is a chemical and laboratory safety consultant from the University of Regina. This talk deals with dispelling some of the myths and misconceptions that give health and safety a bad name, highlights some noteworthy and serious incidents of the past (from the seemingly silly, to stark and scary) and discusses whether safety is just common sense, or a skill that must be honed. May 15 & 16: May Long Weekend Keg Event. The first long weekend of the Saskatchewan summer season will hopefully be a warm one. With the purchase of any one of our four sizes of Bushwakker kegs available, you will receive free cups, coasters, ice and the loan of a keg chilling tub. 10 litre (29 standard servings), 19 litre (55 standard servings), 29 litre (85 standard servings) and 59 litre (171 standard servers) are available for any size gathering big or small. May 15: Single “Hot” Series Screamin’ Mosquito Chili Beer Release. For over 20 years, the May long weekend has marked the beginning of the Bushwakker Chili Beer Season. From the May long weekend until Labour Day (Saskatchewan mosquito season), our spicy hot blond ale is available in 650ml take home glass bottles. We have offered a variety of hot peppers in our chili beer over the years – some mild and some painfully burning. We have received customer feedback indicating our previous year’s offering of Thai Red Chili Pepper beer was far too mild. This has sparked an interesting learning opportunity mirroring what many craft breweries are offering as “single hop” beers. These beers showcase the characteristic of a single hop variety in order to educate the consumer on the characteristics associated with that one particular hop. We have begun to offer single hop beers with the release of our Bushwakker Amarillo Single Hop Pale Ale in April. Beginning in May we will introduce a series of single hot chili beers utilizing a sequence of chili peppers offered throughout the summer. We have partnered with local businessman, Tony Matharu at the India Food Centre in Regina to provide a selection of fresh spicy peppers that will showcase their unique flavours in addition to varying degrees of heat. Things will kick off with a fiery bang! The Single Hot Scotch Bonnet Screamin’ Mosquito Chili Beer will be one of the hottest offerings in our history! You may choose to use it as a spicy marinade or as an ingredient in a pot of chili rather than drinking it. Subsequent offerings this season include Green Indian Chilies and Thai Green Chili Peppers. Try them all and pick your favourite. Let the 2015 sizzling Single Hot Chili Beer Series begin! May 18: Closed for the Holiday. Enjoy our Bushwakker keg feature this Victoria Day weekend! May 20: Wednesday Night Folk. The Moose Javians. Cowboy poetry and songs from Ken Mitchell, Slim Mitchell, and Johnny Twofingers. 9:00 PM. May 25: Monday Night Jazz & Blues. Little Chicago. Veteran bluesman, Ray Eberle, leads this “real deal” blues trio. Don’t miss their only 2015 Bushwakker performance. 8:00 PM. May 27: Wednesday Night Folk. Sea Perry. Sudbury, ON indie/folk/rock trio plays giant singalong choruses, pristine melodies, chiming guitars and steady, driving rhythms. 9:00 PM. May 28: The 13th Annual Souls Sisters Benefit Dinner & Concert. Presented by The Room Hair Design. Don’t miss this very popular annual fundraiser event. Your $30 ticket gets you a famous Bushwakker Burger, hand cut fries, Caesar salad and a half pint of Bushwakker beer. You can also take in the massive silent auction, raffles and 50/50 draws. Enjoy live music performances from Roxie Lenton, Judith Morrissey, Poor Nameless Boy and more. Proceeds go towards YWCA programs for women and children. Tickets available at the YWCA and The Room. 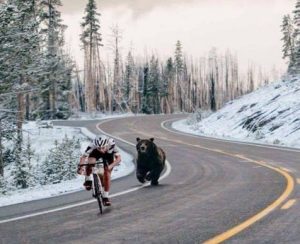 by Kevin Wise   The Science of Beer Buffalo is in the midst of a craft beer movement that has swept across the nation. New breweries are being opened at an increasing rate. A plethora of imported beer offerings from across the world are now distributed across Western New York. Homebrewing is on the rise and people are reconstructing their favorite beer in a garage or basement. People are flocking to beer tastings and festivals. Beer geeks stand in long lines for the chance of obtaining a rare beer produced only once a year. Concomitant with the rise of craft beer popularity is an increase in curiosity about beer. People are asking questions about the science of beer. How is beer made?What ingredients are used? Why does some beer taste bitter and some beer taste sweet? What factors contribute to the color of a beer? How are yeast used in brewing? There are four main ingredients in beer: water, grains, hops, and yeast. And yet endless combinations of these four ingredients are all that is needed to produce the majority of beers in the world. Of course brewers are famous for being experimental with these ingredients and pushing beer style boundaries to new limits. Brewing is about creating a new beer from a standard set of tools. The four main ingredients in beer are: Water: 85-95% of most beers are water. Factors such as water hardness and chemicals present in unfiltered water can impact beer quality. However, modern technology provides sophisticated filtration devices that can eliminate most of the differences in regional water quality. Still, a brewery may wish to alter their water as desired to produce a unique taste. Grains: Malts are cereal grains that have been steeped, germinated, and dried. Malted grains ultimately provide the source of fuel for yeast growth—sugars. Sugars are extracted during the brewing process from a variety of grains. The most commonly used grain in brewing is barley, but other grain adjuncts such as wheat, rice, and corn may also be used in brewing. Hops: Much of the perceived bitterness in beer is due to the presence of oils found in hops, known as Humulus lupulus. Mature female hops plants contain resins and oils in their seed cones. As heat is applied during the brewing process, some of these chemicals are converted into other chemicals that are responsible for perceived bitterness in beer. Yeast: Yeast are a type of fungus that boast the ability to metabolize sugar and produce alcohol. There are many different kinds of yeast, known as strains, that possess differences in way sugar is metabolized. These differences can impart different flavors in beer. Ale yeast and lager yeast ferment at different optimal temperatures. Brewers must make the important decision of which yeast to use when crafting beer. Yeast are living organisms that must be maintained with extreme care in the brewery in order to prevent contamination of beer. Organisms other than yeast, such as bacteria that produce lactic acid, may also be used in conjunction or in place of yeast to provide a unique flavor beer profile. Holistically, beer is more than just water, grains, hops, and yeast. Beer is a multi-sensory phenomenon, and people who craft and consume beer have become increasingly curious about the factors that determine the perceived quality of beer. Crafting an exceptional beer is an art form ultimately dictated by science. A world-class beer is an ideal blend of chemistry, microbiology, psychology, and many other “-ology” disciplines. In fact, “beerology” is the perfect word to describe the study of the science of beer. This year, “Beerology: It’s Science on Tap!” presented by the Buffalo Museum of Science on Saturday, April 18, 2015 is (not surpringly) sold out yet again. Thirsty crowds will quench their curiosity with beer and cider samples from over 25 different vendors. Presenters will display homebrewing skills and discuss science-related beer topics. Beerology, and many other events taking place across Western New York, accentuate the interest that people have in exploring beer science. People want to know more about the beer they drink. The next few installments of this column will explore various “beerology” topics, such as: Chemicals: What chemicals are found in beer? What makes beer taste bitter? What chemicals can cause off-flavors like skunked beer? Of what importance are the chemicals found in hop oils? Yeast: Why do brewers use different yeast for different beers? What makes a beer taste sour? Appearance: What is the science behind foam in beer? Why are some beers dark black and other beers light golden in color? “Beerology: It’s Science on Tap!” is a great place to start exploring the science of beer. This column will further explore beerology topics and clarify the science of beer. Beer coverage done in partnership with Buffalo Niagara Brewers Association. Visit www.BuffaloNiagaraBrewersAssociation.org. 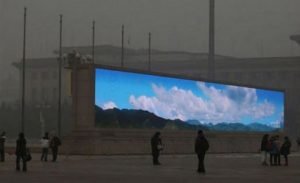 Unless a strong wind blows or the Olympics are in town, Beijing sees intense smog from cars, factories, coal-fired electrical generation and small home coal fires for cooking and heating. The city has put up pictures to show the citizens what the sky actually looks like.

The mother of a 17-year-old girl was concerned that her daughter was having sex. Worried the girl might become pregnant and adversely impact the family’s status, she consulted the family doctor. The doctor told her that teenagers today were very willful and any attempt to stop the girl would probably result in rebellion. He then told her to arrange for her daughter to be put on birth control and until then, talk to her and give her a box of condoms. Later that evening, as her daughter was preparing for a date, the mother told her about the situation and handed her a box of condoms. The girl burst out laughing and reached over to hug her mother, saying, 'Oh Mom! You don't have to worry about that! I'm dating Susan!' Brenda and Steve took their six-year-old son to the doctor. With some hesitation, they explained that although their little angel appeared to be in good health, they were concerned about his rather small penis. After examining the child, the doctor confidently declared, 'Just feed him pancakes. That should solve the problem.' The next morning when the boy arrived at breakfast, there was a large stack of warm pancakes in the middle of the table. 'Gee, Mom,' he exclaimed, 'for me?' 'Just take two,' Brenda replied. 'The rest are for your father.'