Our premium wine specials for May are from the Cupcake Vineyards in California. The white is their Angel Food (A Chardonnay/Viognier). The red is their Chianti (Sangiovese grapes). Both are $7.95 for a glass and $22.95 for a half litre. Our guest draught tap is currently pouring XXXX Signature Series Imperial IPA from the Shipyard Brewery in Portland Maine; 9.25% ABV, 70 IBU, 91 points on Ratebeer. Next up will be the Black Bridge Brewery’s Belgian-style Witbier from Swift Current, Saskatchewan. 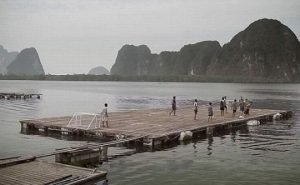 Beautiful, but how much time is spent retrieving the ball?

Time Out; it’s the clergy’s turn.

There were three men playing a round of golf, Moses, Jesus, and an old man. They get to the 18th hole and Moses gets to tee-off first; he hits his ball into the water. Next up is Jesus, and he does the same as Moses, hits it right into the water. Next up is the old man and he hits it right into the water with Moses and Jesus. All three approach the edge of the pond. Moses walks up a little closer, throws his arms high into the air and the water of the pond begins to part down the middle. He walks down to his ball, hits it out of the pond and into the hole. Next up, Jesus. He walks out onto the water and his ball floats up to the surface, so he hits his ball off of the water into the hole. The old man decides he will try something cool so he walks into the water and hits his ball, which flies out of the water, hits a bird, bounces off a tree, then gets deflected off the pin and hits a rabbit then bounces into the hole. Moses turns to Jesus and says," I hate it when your father plays!" A man and wife attended church one evening, and the wife decided that it was time to stop her husband from sleeping in Church. So, she took her hat pin and decided she would poke him every time he fell asleep. Right about the first time he falls asleep, the preacher asks, "And who created the Universe?" The wife poked her husband and he awakes and yells, "My God!" The second time he falls asleep, the preacher asks, "And who died on the cross for you?" She pokes her husband and he screams, "Jesus Christ!" The third time, the Preacher asks, " And what did Eve say to Adam after she bore him his 99th son?" The wife pokes her husband and he jumps up and yells, "By God, if you poke me with that thing one more time, I am going to break it OFF!" There were two ministers who met each Sunday morning riding to their particular church. They both enjoyed riding the bikes and talking. Then one Sunday one of the ministers was walking. "My what happened to your bike?" "Can you believe that someone in my congregation stole it?" "NO!," then an idea struck him, " You want to know how to get your bike back?" "Yeah." "Next Sunday give a fire and brimstone sermon on the Ten Commandments and when you get to the part about Thout shall not steal, just look out into the congregation and see who looks guilty." Well the next Sunday the minister comes riding up on his bike. "Hey I see my suggestion worked." "Well sort of, I was going along real good on the Ten Commandments and when I got to the part about Adultery I remembered where I left the bike." 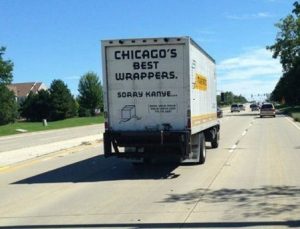 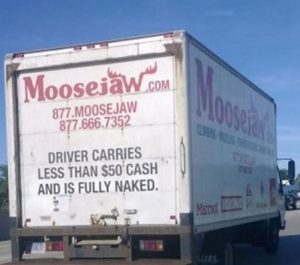