Our premium red wine special for April is Arboleda Cabernet Sauvignon from Chile. The white is Charles Smith (2014 Winemaker of The Year) Kung Fu Girl Riesling from Washington State. Both are $8.95 for a glass and $25.95 for a half litre. Our guest draught tap is currently pouring Rebellion Brewing Hanna’s Saison from Regina for $7.95 a pint.

April 11: Annual Bushwakker Brewer’s Dinner 7:00 PM (Sold Out) Apr. 13: Monday Night Jazz & Blues. Shane & Ethan Reoch. Regina’s friendliest bluesman is joined by his son. 8:00 PM. Apr. 15: Wednesday Night Folk. Ryan Hicks. Ryan Hicks brings the sunshine to you with a fun blend of covers and songs off his debut album, Prairie Ocean. 9:00 PM. Apr. 16: Science Pub edition #28 – Let’s Talk Trash: The Use of Landfill Technology. Presented by The University of Regina Faculty of Science and The Bushwakker Brewpub. Our wildly popular monthly Science Pub Series continues in 2015! Enjoy lectures on scientific topics of general interest in our Arizona Room (main floor banquet room) over beer and snacks. The room opens at 5:00 PM and quite often is full by 6:00 PM. Avoid disappointment and come down early for dinner and a pint before the presentation which begins at 7:00 PM. This month's lecture will be presented by Dr. Kelvin T. W. Ng from the U of R Faculty of Engineering and Applied Science. In Canada, the municipal solid waste (MSW) generation rate has been  increasing since 1990. Currently we generate more MSW per-capita than most other countries. Landfill technology is the most commonly used MSW treatment method in Canada. Operation of landfills and other land disposal sites, however, contributes to many environmental problems, such as the generation of methane (a greenhouse gas) and leachate (a toxic and concentrated “garbage juice”) Apr. 20: Monday Night Jazz & Blues. Jeff Mertick & Mark Muehr. Acoustic guitar blues from two Saskatchewan talents. 8:00 PM. Apr. 22: Wednesday Night Folk. Sam Weber. 21-year-old guitar slinger, alt/folk songwriter from North Saanich, BC with a full-length debut album. 9:00 PM. Apr. 27: Monday Night Jazz & Blues. Whiteboy Slim’s Birthday Blues Bash. Toronto Exclusive Magazine-Best Blues Artist , Best. Blues CD, Best Blues Song 2007 & 2010. 8:00 PM. Apr. 29: Wednesday Night Folk. Bears in Hazenmore. Ambient-indie folk from the heart of the prairies. 9:00 PM. 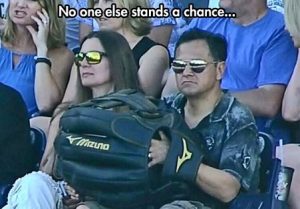 by Tanya Gazdik Irwin Sales of craft beer reached $20 billion in 2014, doubling from just five years prior. The category is forecast to reach $36.3 billion by 2019, according to Mintel, a market intelligence agency. As the craft beer category becomes increasingly competitive with larger companies and niche brewers alike entering the market and attempting to edge out established players, brewers have their work cut out for them, says Mintel Food and Drink Analyst Beth Bloom. Mintel reports that 23% of respondents drink craft beer, with craft consumption highest (29%) among those between ages 25-34. Younger U.S. consumers age 22-24 prefer domestic beer at 46%. “This suggests that new drinkers may take a couple of years to become interested in craft beer,” Bloom says in a release. “The appreciation of the craft nature of the category is evident in the fact that drinkers of craft offerings are significantly less likely than drinkers of regular domestic beer to say the purpose of drinking is to get drunk.” The steady growth of the category is due in part to the 55% percent of respondents who report that they are willing to spend more for craft beer than non-craft. That willingness can be linked to strong ties between craft beer and personal image. Fifteen percent of those surveyed are influenced to try a new beer when they see people who are similar to themselves drinking it, and 44% of craft beer drinkers say it is a source of pride to try as many different kinds of beer as they can. The majority of beer drinkers ages 22-34 say the brand and style of beer you drink says a lot about you, showcasing the value this group places on image. Furthermore, craft beer drinkers overall are more likely than those who drink non-craft to say they are knowledgeable about beer, and 53% like to share their knowledge of beer with others. Craft drinkers hold out for style and are open to new products. While brand awareness rises to the top of factors driving purchase among overall beer drinkers, craft beer drinkers are a bit more discerning and most likely to say beer style -- such as an IPA or stout -- is important in product selection, Bloom says. “This focus on style and flavor is a major element that differentiates a craft beer drinker from the rest.” Among the top factors that craft beer drinkers consider when making a beer selection are style (51%) and full-bodied flavor (44%). Drinkers of craft offerings are more likely to try new products based on styles they are familiar with (48%). Falling in line with their interest in beer style, craft drinkers indicate the influence of on-package product descriptors on purchase decisions (31%). So while they are open to trying new products, they seek some degree of guidance and familiarity. Millennial beer drinkers are significantly more likely to select products they’ve never tried before and to take recommendations from store employees and friends (24%). Other factors that influence craft drinkers decisions to try a new beer include familiar taste (32%), and familiar terminology on the packaging (30%). Some 13% of craft beer drinkers say they select a product that looks cool when the kinds of beer they typically drink is not available. Younger drinkers are a bit more demanding when it come to their beverages and look to get a little more out of craft products, including mood enhancement (33%) and looking cool in front of others (18%). Eight percent of craft drinkers say label/packaging design is important in their purchase decision. 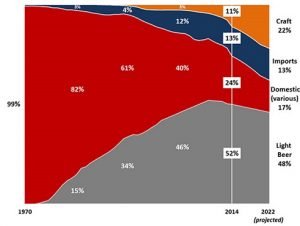 Time out; courtesy of Rodney Dangerfield

With my wife I don't get no respect. I made a toast on her birthday to 'the best woman a man ever had.' The waiter joined me. Last week I saw my psychiatrist. I told him, "Doc, I keep thinking I'm a dog." He told me to get off his couch. Last week I told my psychiatrist, "I keep thinking about suicide." He told me from now on I have to pay in advance. I tell ya when I was a kid, all I knew was rejection. My yo-yo, it never came back! With my dog I don't get no respect. He keeps barking at the front door. He don't want to go out. He wants me to leave. My wife and I were happy for twenty years. Then we met. I asked my old man if I could go ice-skating on the lake. He told me, "Wait til it gets warmer." My father carries around the picture of the kid who came with his wallet. When I played in the sandbox the cat kept covering me up. One year they wanted to make me poster boy... for birth control. I remember the time I was kidnapped and they sent back a piece of my finger to my father. He said he wanted more proof. Once when I was lost I saw a policeman and asked him to help me find my parents. I said to him, "Do you think we'll ever find them?" He said, "I don't know kid. There are so many places they can hide." I had a lot of pimples too. One day I fell asleep in a library. I woke up and a blind man was reading my face. My wife made me join a bridge club. I jump off next Tuesday. I met the surgeon general. He offered me a cigarette. This morning when I put on my underwear I could hear the Fruit of the Loom guys laughing at me. I'm a bad lover. Once I caught a peeping tom booing me. My wife only has sex with me for a purpose. Last night she used me to time an egg. My wife isn't very bright. The other day she was at the store, and just as she was heading for our car, someone stole it! I said, "Did you see the guy that did it?" She said, "No, but I got the license plate." Last night my wife met me at the front door. She was wearing a sexy negligee. The only trouble was, she was coming home. A girl phoned me and said, "Come on over. There's nobody home." I went over. Nobody was home! A hooker once told me she had a headache. I went to a massage parlor. It was self service. If it weren't for pick-pocketers, I'd have no sex life at all. I was making love to this girl and she started crying. I said, "Are you going to hate yourself in the morning?" She said, "No, I hate myself now." I knew a girl so ugly, the last time I saw a mouth like hers it had a hook on the end of it. During sex my wife always wants to talk to me. Just the other night she called me from a hotel. My marriage is on the rocks again. Yeah, my wife just broke up with her boyfriend. I went to see my doctor... Doctor Vidi-boom-ba. Yeah...I told him once, "Doctor, every morning when I get up and look in the mirror I feel like throwing up. What's wrong with me? He said, "I don't know, but your eyesight is perfect." My psychiatrist told me I'm going crazy. I told him, "If you don't mind, I'd like a second opinion." He said, "All right. You're ugly too!" 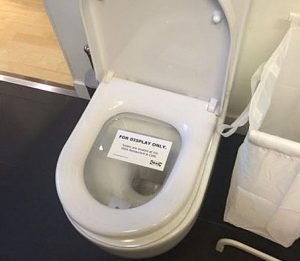