Our premium red wine special for March is Finca Las Moras Dada 2 Merlot From Argentina. The premium white wine special is Crazy Life Rivaner/Pinot Grigio from Germany. Both are $7.95 for a glass and $22.95 for a half litre. Our guest draught tap is currently pouring the Lighthouse Seaport Vanilla Stout from Victoria, B.C.

Mar. 16: Monday Night Jazz & Blues. Danny Jones Jazz Group. Young, talented act plays great jazz standards. 8:00 PM. Mar. 17: St. Patrick’s Day Party. The big day falls on a Tuesday this year. No problem! We’ll just start the party a little earlier with the tapping of a firkin of Irish Coffee Stout at 6:00 PM followed by a performance from The Prairie Gael School of Irish Dance, a performance from The Regina Police Pipes & Drums and the return of popular Celtic band, Squeeze of Scotch. Plenty of Irish themed food features will be available. Pints of Guinness, bottles of Innis & Gunn Irish Whiskey Finish Stout, Jameson Irish Whiskey and Green Shamrock Ale will be flowing too. $5 cover charge begins at 5:00 PM. Mar. 18: Wednesday Night Folk. Billarney. Acoustic Celtic tunes for fans who just can’t get enough of the jigs and reels of St. Patrick’s Day. 9:00 PM. Mar. 19: Science Pub edition #27 - RADIATION: the Good, the Bad and the Ugly. Presented by The University of Regina Faculty of Science and The Bushwakker Brewpub. Our wildly popular monthly Science Pub Series returns in 2015! Enjoy lectures on scientific topics of general interest in our Arizona Room (main floor banquet room) over beer and snacks. The room opens at 5:00 PM and quite often is full by 6:00 PM. Avoid disappointment and come down early for dinner and a pint before the presentation which begins at 7:00 PM. This month's lecture will be presented by Dr. Zisis Papandreou from the U of R Faculty of Science – Department of Physics. Radiation surrounds us everywhere and is used in energy generation, science, medicine, food safety, among others. Dr. Papandreou will highlight misconceptions behind ionizing radiation, the role of bad science in making decisions and scaring the public, and hope to set the record straight on radiation and its benefits to humankind. Dr. Zisis Papandreou is a subatomic physicist. His research focuses on the conception, simulation, design and construction of nuclear physics detectors for foundational experiments at accelerators.  Since 1999 he has been working in a large international research collaboration at the Thomas Jefferson National Accelerator Facility in Virginia, which seeks to understanding the nuclear glue that holds matter together. The low-light sensing technology that was developed for this led to applications in nuclear imaging from radioisotope uptake in plants with potential benefit to agriculture and food production, as well as personal radiation detection in nuclear safety, both under the auspices of the newly formed Sylvia Fedoruk Canadian Centre for Nuclear Innovation. Mar. 21: Sask Sampler. The biggest folk night of the year at The Bushwakker! Enjoy six live acts performing at the top of their game in hopes of securing a spot on the Regina Folk Festival, Ness Creek Music Festival and The Gateway Festival stages. The festival artistic directors will be here checking out top notch musical talent from all across the province and so can you! This year’s line-up includes: Colter Wall, Friends of Foes, Danny Olliver, Bears in Hazenmore, Parab Poet and The Hip Hop Hippies as well as Veronique Poulin. Show begins at 7:00 PM. $10 cover charge. Be sure to arrive early in order to get a seat. Mar. 23: Monday Night Jazz & Blues. The Ministry of Groove. Popular act plays 1970’s jazz funk and more. 8:00 PM. 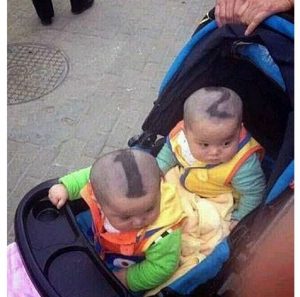 Craft Beer Uses 4 Times As Much Barley As Corporate Brew

By Tom Philpott  Tue Jan. 20, 2015 For decades, US beer lovers have denounced corporate-made brew as watered-down swill. Just how diluted is the product peddled by the two enormous dinosaurs that dodder over the US beer market, InBev (maker of Bud) and MillerCoors? In a delicious new report, the US Department of Agriculture has numbers. Most beers, industrial or craft, get their substance—what experts call body, or mouth feel, as well as any sweet and toasty flavors—from malted barley. (Malting is the process of germinating barley grains, which frees up their sugars for fermentation.) The USDA researchers crunched data on the US barley and beer markets, and found that craft brewers on average use four times more barley per barrel of beer than the giants do. Which makes craft beer seem like a bit of a bargain. A six-pack of Miller Light retails for about $5.50 in Texas, while typical craft beers go for about $10 per six—not even twice the price for four times the barley (and flavor). (Craft beers also tend to contain much more of the other main ingredient in beer, hops). In essence, Big Beer (like Big Almond) has hit upon a profitable strategy for reselling tap water at a high markup. Now, one way to look at it is: Isn't watery beer easier on the environment? You know: Less barley embedded in each beer means less fertilizer for barley production, less pesticides, etc. That's really a version of an old industry saw; the solution to pollution is dilution. But there's no evidence that people consume fewer resources per beer-drinking session when they consume corporate beer than they do when they drink craft. Let's say Person A knocks back four easy-drinking Miller Lites and Person B is satisfied after two malty, substantial Dale's Pale Ales. The beer snob may have consumed more overall barley, but she has two fewer empties to show for her pleasure. In addition to less energy embedded in fabricating and recycling fewer cans or bottles, that also means less space in trucks, coolers, etc. An environmental case for watered-down beer exists, I guess, but it's as weak and uninteresting as the resulting beer itself. At any rate, the report confirms a trend I've been writing about for a while (and enjoying even longer): Craft beer is undergoing a boom, even as corporate beer weathers a long, slow decline. Between 1993 and 2013, the researchers find, the amount of beer churned out by craft brewers expanded by a factor of nine, growing by an average rate of nearly 14 percent annually. Corporate swill? Output has dropped by an average of 0.6 percent annually over that period. Craft still accounts for only about 7.8 percent of beer produced the in the US—meaning there's plenty of room for additional growth. The researchers conclude that the craft beer renaissance could boost domestic barley production—total US barley acres peaked at about 11 million in 1990 and have since fallen well below 5 million acres. (For comparison, US farmers typically plant about 90 million acres of corn and 80 million acres of soybeans.) About a quarter of US barley is used as animal feed; the great bulk of the rest gets malted for beer. (Malted barley is also used for Scotch-style whiskey, which is made here only in small amounts—our native brown spirit, bourbon, is based mainly on corn.) Overall US malt demand has fallen since the early 1990s as Big Beer has shifted to lighter styles and seen demand for its products drop. But the craft renaissance has begun to offset and could eventually reverse the trend of falling malt demand, the USDA researchers conclude. Currently, the malted barley industry is global in scope and dominated by a handful of companies, including Cargill. But alongside the craft-brew explosion, small, locally oriented malt houses are springing up nationwide, providing a link between brewers and nearby farmers. And that could be a good thing for the environment. If US farmers incorporated a "small grain" like barley into the dominant corn-soy rotation, it would break insect, disease, and weed cycles, drastically reducing reliance on toxic pesticides, a 2012 Iowa State study found. I'd drink to that.

Time Out; Getting the most from your I.T. department

1. When you call us to have your computer moved, be sure to leave it buried under half a ton of postcards, baby pictures, stuffed animals, dried flowers, bowling trophies and children's art. We don't have a life, and we find it deeply moving to catch a fleeting glimpse of yours. 2. Don't write anything down. Ever. We can play back the error messages from here. 3. When an I.T. person says he's coming right over, go for coffee. That way you won't be there when we need your password. It's nothing for us to remember 300 screen saver passwords. 4. When you call the help desk, state what you want, not what's keeping you from getting it. We don't need to know that you can't get into your mail because your computer won't power on at all. 5. When I.T. support sends you an E-Mail with high importance, delete it at once. We're just testing. 6. Send urgent email all in uppercase. The mail server picks it up and flags it as a rush delivery. 7. When the photocopier doesn't work, call computer support. There's electronics in it. 8. When something's wrong with your home PC, dump it on an I.T. person's chair with no name, no phone number and no description of the problem. We love a puzzle. 9. When an I.T. person tells you that computer screens don't have cartridges in them, argue. We love a good argument. 10. When the printer won't print, re-send the job at least 20 times. Print jobs frequently get sucked into black holes. 11. When the printer still won't print after 20 tries, send the job to all 68 printers in the company. One of them is bound to work. 12. Don't learn the proper name for anything technical. We know exactly what you mean by "my thingy blew up". 13. Don't use on-line help. On-line help is for wimps. 14. If the space bar on your keyboard doesn't work, blame it on the mail upgrade. Keyboards are actually very happy with half a pound of muffin crumbs and nail clippings in them. 15. Feel perfectly free to say things like "I don't know nothing about that computer crap". We don't mind at all hearing our area of professional expertise referred to as crap. 16. When you need to change the toner cartridge in a printer, call I.T. support. Changing a toner cartridge is an extremely complex task, and Hewlett-Packard recommends that it be performed only by a professional engineer with a master's degree in nuclear physics. 17. When you can't find someone in the government directory, call I.T. Support. 18. When something's the matter with your computer, ask your secretary to call the help desk. We enjoy the challenge of having to deal with a third party who doesn't know anything about the problem. 19. When you receive a 30mb (huge) movie file, send it to everyone as a mail attachment. We've got lots of disk space on that mail server. 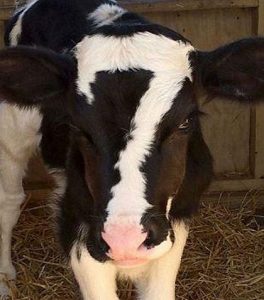