Our premium red wine special for March is Finca Las Moras Dada 2 Merlot From Argentina. The premium white wine special is Crazy Life Rivaner/Pinot Grigio from Germany. Both are $7.95 for a glass and $22.95 for a half litre. Our guest draught tap is currently pouring the the GingerBread Head Ale from the Shipyard Brewing Company in Portland, Maine for $8.95 pint. Next up is the Lighthouse Seaport Vanilla Stout from Victoria, B.C.

Mar. 6: First Firkin Friday. A long standing monthly Bushwakker tradition. Enjoy the pomp and circumstance as a small keg of specialty brewed beer is lead in a procession throughout the brewpub by a piper from The Regina Police Pipes & Drums. A volunteer is chosen to tap the firkin and quite often this guest firkin tapper ends up taking a beer shower when the massive handmade wooden maul strikes the faucet. Delicious beer and a suds soaking spectacle await! 5:30 PM. Mar. 9: Monday Night Jazz & Blues. 8’s Enuff. A mini big band plays popular big band jazz. 8:00 PM. Mar. 11: Wednesday Night Folk. Tanner James Trio. First place winner in the 2014 Calgary Folk Fest Song Contest. 9:00 PM. Mar. 16: Monday Night Jazz & Blues. Danny Jones Jazz Group. Young, talented act plays great jazz standards. 8:00 PM. Mar. 17: St. Patrick’s Day Party. The big day falls on a Tuesday this year. No problem! We’ll just start the party a little earlier with the tapping of a firkin of Irish Coffee Stout at 6:00 PM followed by a performance from The Prairie Gael School of Irish Dance, a performance from The Regina Police Pipes & Drums and the return of popular Celtic band, Squeeze of Scotch. Plenty of Irish themed food features will be available. Pints of Guinness, bottles of Innis & Gunn Irish Whiskey Finish Stout, Jameson Irish Whiskey and Green Shamrock Ale will be flowing too. $5 cover charge begins at 5:00 PM. Mar. 18: Wednesday Night Folk. Billarney. Acoustic Celtic tunes for fans who just can’t get enough of the jigs and reels of St. Patrick’s Day. 9:00 PM. Mar. 19: Science Pub edition #27 - RADIATION: the Good, the Bad and the Ugly. Presented by The University of Regina Faculty of Science and The Bushwakker Brewpub. Our wildly popular monthly Science Pub Series returns in 2015! Enjoy lectures on scientific topics of general interest in our Arizona Room (main floor banquet room) over beer and snacks. The room opens at 5:00 PM and quite often is full by 6:00 PM. Avoid disappointment and come down early for dinner and a pint before the presentation which begins at 7:00 PM. This month's lecture will be presented by Dr. Zisis Papandreou from the U of R Faculty of Science – Department of Physics. Radiation surrounds us everywhere and is used in energy generation, science, medicine, food safety, among others. Dr. Papandreou will highlight misconceptions behind ionizing radiation, the role of bad science in making decisions and scaring the public, and hope to set the record straight on radiation and its benefits to humankind. Dr. Zisis Papandreou is a subatomic physicist. His research focuses on the conception, simulation, design and construction of nuclear physics detectors for foundational experiments at accelerators.  Since 1999 he has been working in a large international research collaboration at the Thomas Jefferson National Accelerator Facility in Virginia, which seeks to understanding the nuclear glue that holds matter together. The low-light sensing technology that was developed for this led to applications in nuclear imaging from radioisotope uptake in plants with potential benefit to agriculture and food production, as well as personal radiation detection in nuclear safety, both under the auspices of the newly formed Sylvia Fedoruk Canadian Centre for Nuclear Innovation. Mar. 21: Sask Sampler. The biggest folk night of the year at The Bushwakker! Enjoy six live acts performing at the top of their game in hopes of securing a spot on the Regina Folk Festival, Ness Creek Music Festival and The Gateway Festival stages. The festival artistic directors will be here checking out top notch musical talent from all across the province and so can you! This year’s line-up includes: Colter Wall, Friends of Foes, Danny Olliver, Bears in Hazenmore, Parab Poet and The Hip Hop Hippies as well as Veronique Poulin. Show begins at 7:00 PM. $10 cover charge. Be sure to arrive early in order to get a seat. Mar. 23: Monday Night Jazz & Blues. The Ministry of Groove. Popular act plays 1970’s jazz funk and more. 8:00 PM. 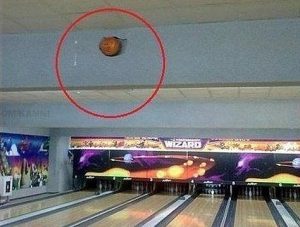 Posted Feb 21st 2015 | By: Andrew DeWeerd We can thank one person for almost single-handedly lifting the obscure and primitive activity of homebrewing to the artform it is today: Charlie Papazian. Charlie organized a small, nascent corps of intrepid DIY brewers into a cohesive group, formed the AHA in Boulder, Colorado, and encouraged people at home to experiment and make better beer. His seminal book, The Complete Joy of Homebrewing, offered the first real instructions on the subject. Many of the craft breweries we enjoy today were founded by homebrewers who owe their beginnings to Charlie. Even the forum you are looking at would probably not exist were it not for the effort and vision of this guy.  So relax, don't worry, have a homebrew, and learn from Charlie how his "zapap" lautering buckets got their name , why beers never go extinct, and how he's connected to the GAPF (Great American Pie Festival - I'll bet you think that's a typo). Charlie Papazian spoke with HBT over the phone. The following is edited transcription of that conversation.  Andrew: Hi Charlie. Please describe your first homebrewing session. Charlie: It was in 1970 while I was a student at the University of Virginia. It was based on a five-line list of ingredients and recipe that an old-timer gave me - nowadays you'd call it a prohibition-style homebrew. It was a couple of cans of malt extract, a lot of cane sugar, bread yeast, and water. It was a "dump and stir" no-boil recipe. After finishing the beer, bottling and tasting, we then dumped it down the drain. It was not very good. That was my first attempt.  We then found a homebrew shop in the area - there weren't very many so we had to go a distance to find it. There, we found corn sugar, dried beer yeast. Just those things improved the beer enough that we were encouraged to continue to pursue beermaking, beer that we and our friends could enjoy. Andrew: How did you make the leap from that early experience to founding the American Homebrewers Association (AHA)? Charlie: After I graduated in 1972, I moved to Boulder Colorado. Word got out that I knew how to make beer, so people asked to teach a class in beermaking. Through those classes, I experimented and learned along with the students that were taking the class. I discovered what different hops looked like, the differences between various malt extracts, grains and yeasts. We learned as we brewed.  In 1978 I founded the AHA. It was comprised, mainly, of the approximately 1000 people that I had taught to brew in the Boulder/Denver metropolitan area. That community of people were really jazzed about the idea of my friend and me founding the AHA, creating a newsletter, and sharing recipes, events and beer news. That was the leap: from homebrewing to teaching classes to founding the AHA. Andrew: Were you still working in Boulder at that time? Did you see this path in homebrewing as your future career? Charlie: For the first few years it was all non-paying, volunteer work. I was a full-time schoolteacher at the time. The AHA was a part-time endeavor. Around 1981 I made the AHA my full-time job. I was committed to making it work. I still had a many volunteers in the Boulder area helping me with that goal. 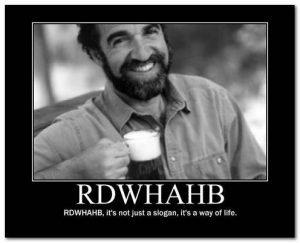 Ed. Note: As you’ve read here before, Charlie started it all! This is only the beginning of a fascinating interview with him. The hotlink will take you to the rest of the interview.

Our March artists is Amber Fyfe

Amber was born in Regina, SK and has lived in Waterloo, ON and Calgary AB. She earned her bachelor of Fine Arts at the University of Regina. Amber majored in Oil Painting with minors in Ceramics and Drawing.  She continues to take live drawing classes every year to sharpen her abilities. Amber has found a talent for portraits in conte pastels.  She can paint or draw anything she sees. Nothing is too different for her to try her hand at. Amber has had her art placed in many consignment art stores and small galleries across Canada. She was a member of two art collectives in Calgary. Businesses, coffee shops, restaurants, hospitals and senior homes displayed pieces in their halls. Amber has shown in the McKenzie art gallery as part of group exhibits.  She currently exhibits with the Regina Federation of Artists and the Art Gallery of Regina. Other works include consignments of all sorts, fundraisers and wedding presents and ceramic funeral urns.  She will tackle almost any project. For other interests she plays with her Celtic band amberjack and the Regina community orchestra. www.reginafederationofartists.org, ragallery@sasktel.net  home e-mail etf@accesscomm.ca

(To balance some recent material that you might have found too strong, all of the following is from the Reader’s Digest.) We were stocking up on  green beans at the farmers’ market when we asked the young girl  helping us for 15 pounds’ worth. “I can only sell you ten pounds of beans,” she said. “Why?” I asked. “Because my scale only goes up to ten pounds.” An irate patient called our  pathology group, demanding that  I explain every lab test on her statement. “Of course,” I said. I brought up her bill: “Number one, urinalysis …”She interrupted me: “I’m a what?!” When my customer ordered iced tea, I asked, "Sweetened or unsweetened?" Her answer: "What's the difference?" Why does moisture destroy leather? When it’s raining, cows don’t go up to the farmhouse yelling, “Let us in! We’re all wearing leather! We’re going to ruin the whole outfit here!” A priest, a minister, and a rabbi want to see who’s best at his job. So they each go into the woods, find a bear, and attempt to convert it. Later they get together. The priest begins: “When I found the bear, I read to him from the Catechism and sprinkled him with holy water. Next week is his First Communion.” “I found a bear by the stream,” says the minister, “and preached God’s holy word. The bear was so mesmerized that he let me baptize him.” They both look down at the rabbi, who is lying on a gurney in a body cast. “Looking back,” he says, “maybe I shouldn’t have started with the circumcision.”