Our premium wine specials for February are from BC’s Wayne Gretzky Okanagan Wines. The red is The Great Red VQA (merlot, malbec, cabernet, cabernet franc, syrah, petit verdot, mouvedre, gamay noir). The white is The Great White VQA (sauvignon blanc, riesling, pinot grigio, chardonnay, semillon), $8.95 for a glass and $24.95 for a half litre. Our guest import tap now pours the Mikkeller  Monk’s Elixir Quadruple from Belgium for $9.95 a pint.  Next up is the De Molen Vuur & Vlum (Fire & Flames) IPA from the Netherlands. Ninkasi Brewing in Eugene Oregon has already produced a parody of Budweiser’s Super Bowl commercial slamming the Craft Beer culture. It’s on YouTube at https://www.youtube.com/watch?v=ZEKqLxtjwDQ  Enjoy!

The 2015 Scotties Tournament of Hearts Canadian Women’s Curling Championship is coming to Saskatchewan this month. The Bushwakker and Pepsico Canada present a contest in which you have a chance to win one of three pairs of tickets to Draw #5 which will take place on Sunday, February 15 at 7:00 PM. Watch the Bushwakker Facebook Page this coming Monday, Tuesday and Thursday afternoon for our Scotties Curling Contest Question. The first person to answer the question correctly wins a pair of tickets. The winner of the Thursday curling question will also win a pair of VIP passes to the sponsor lounge. Good luck! 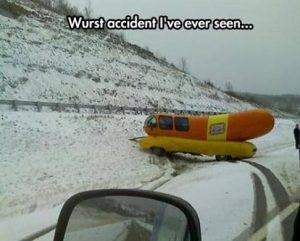 Beer Good For Our Brains: Chemical In Beer Prevents Alzheimer’s And Parkinson’s

Read more at http://www.inquisitr.com/1797542/beer-good-for-our-brains-chemical-in-beer-prevents-alzheimers-and-parkinsons/  Scientists have confirmed what men claimed all along – beer is good for your brain. A group of Chinese scientists have determined what you always knew deep down in your heart: Beer is good for the brain. The beer draws its superpowers from hops, the female flowers of the hop plant Humulus lupulus, which are used primarily as a flavoring and stability agent in beer. However, apart from contributing to the signature taste of the beer, hops releases a chemical —Xanthohumol — that has the potential to fight off neurodegenerative disorders such as Alzheimer’s and Parkinson’s disease. Xanthohumol, commonly referred to as Xn, has successfully fought off cell damage that could have ruined the brain. Though wine may have been touted as the great protector and healer of cells in the old age, Xn has been previously proven to fend off cancer, viruses, obesity, and inflammation. Its brain-boosting benefits though haven’t been seriously studied — until now. Five scientists (Juan Yao, Baoxin Zhang, Chunpo Ge, Shoujiao Peng, and Jianguo Feng) isolated the compound and tested its effects on cells from rats. They observed a “previously unrecognized mechanism underlying the biological action of Xn,” which suggests that Xanthohumol “might be a potential candidate for the prevention of neurodegenerative disorders.” The study, recently published in the American Chemical Society’s Journal of Agricultural and Food Chemistry, indicates Xn can not only fight free radicals but also jump-start signaling and protect cells from neurotoxicity. In simpler terms, it helps maintain the spark in the brain. These “sparks” are the signals that are fired by the brain cells in between various sections of the cerebrum. So how much beer is good for you? That’s the all-important question, the scientists explain. As with everything in nature, moderation is the key, they caution. Hops have been used in Chinese medicine for centuries. However, its efficacy to prevent Alzheimer’s and Parkinson’s was discovered only recently. Neuronal cells — which are in the brain, spine, and nerves — are in limited supply over one’s lifetime. These cells are especially susceptible to stress. This stress is thought to be one of the ways brain-related disorders such as Alzheimer’s and Parkinson’s begin. As all men know, beer is known to relieve stress. Though that is not how the beverage fends off the diseases of the brain, this study helps justify raising that pint more often. 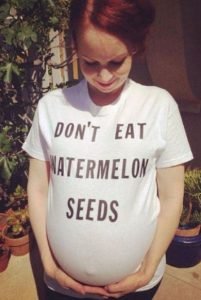 The Saskatchewan Department of Labour claimed a man owning a small farm near Saskatoon was not paying proper wages to his help and sent an agent to interview him. "I need a list of your employees and how much you pay them," demanded the agent. "Well, there are my hired hands. One has been with me for four years; the other for three. I pay them each $600 a week, plus free room and board. The cook has been here for 18 months, and I pay her $500 a week plus free room and board. Then there's the half-wit that works here about 18 hours a day. He takes home $10 a week and I buy him a bottle of bourbon every week," replied the farmer. "That's the guy I want to talk to; the half-wit," said the agent. The farmer said, "That would be me." A gas station in Saskatoon was trying to increase its sales, so the owner put up a sign saying, "Free Sex with Fill-Up". Soon a local pulled in, filled his tank, and then asked for his free sex. The owner told him to pick a number from 1 to 10. If he guessed correctly, he would get his free sex. The redneck then guessed 8, and the proprietor said, "You were close. The number was 7. Sorry, no sex this time." A week later, the same customer, along with a buddy, Herman, pulled in for a fill-up. Again he asked for his free sex. The proprietor again gave him the same story, and asked him to guess the correct number. The redneck guessed 2 this time. Again the proprietor said, "Sorry, it was 3. You were close, but no free sex this time." As they were driving away, the redneck said to his buddy, "I think that game is rigged and he doesn't really give away free sex. Herman replied, "No it ain't, Alex. It ain't rigged ---- my wife won twice last week." In Saskatoon there was a "Nativity Scene" that showed great skill and talent had gone into creating it. One small feature bothered me. The three wise men were wearing firemen's helmets. Totally unable to come up with a reason or explanation, I left. At a "Coop gas station" on the edge of town, I asked the lady behind the counter about the helmets. She exploded into a rage, yelling at me, "You people from Regina never do read the Bible!" I assured her that I did, but simply couldn't recall anything about firemen in the Bible. She jerked her Bible from behind the counter and ruffled through some pages, and finally jabbed her finger at a passage. Sticking it in my face she said, "See, it says right here, 'The three wise man came from afar.'" A family from outside Saskatoon was visiting the city and they were in a mall for the first time in their lives. The father and son decided to stroll around while the wife shopped. They were amazed by almost everything they saw, but especially by two shiny, silver walls that could move apart and then slide back together again. The boy said, "Pa, What's'at?" Pa (never having seen an elevator) said, "Dunno, son. Ain't never seen nothing like 'at in my whole dang life. Ain't got no idea'r what 'tis." Then, while the two watched in amazement, an rather stout old lady in a wheel chair rolled up to the moving walls and pressed a button. The walls opened and she rolled between them into a small room. The walls closed and the boy and his father watched as small circular numbers above the walls light up sequentially. They continued to watch until the number at the top lit up. And then the small lights commenced to work their way down again. When the walls opened the next time, out stepped a gorgeous, voluptuous, 24-year-old blonde woman. Reverently, and without taking his eyes off the babe, Pa said, quietly, "Boy . . . go . . . git . . . yo . . . Momma."