Our premium wine specials for February are from BC’s Wayne Gretzky Okanagan Wines. The red is The Great Red VQA (merlot, malbec, cabernet, cabernet franc, syrah, petit verdot, mouvedre, gamay noir). The white is The Great White VQA (sauvignon blanc, riesling, pinot grigio, chardonnay, semillon), $8.95 for a glass and $24.95 for a half litre. Our guest tap now pours the Robust Porter from Black Bridge Brewery in Swift Current for $7.95 a pint.  Next up is the Mikkeller Monk’s Elixir Quadruple from Belgium.

The 2015 Scotties Tournament of Hearts Canadian Women’s Curling Championship is coming to Saskatchewan this month. The Bushwakker and Pepsico Canada present a contest in which you have a chance to win one of three pairs of tickets to Draw #5 which will take place on Sunday, February 15 at 7:00 PM. Watch the Bushwakker Facebook Page this coming Monday, Tuesday and Thursday afternoon for our Scotties Curling Contest Question. The first person to answer the question correctly wins a pair of tickets. The winner of the Thursday curling question will also win a pair of VIP passes to the sponsor lounge. Good luck! 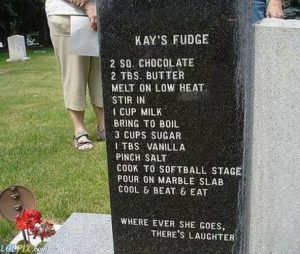 Budweiser steps in it!

Too bad the Superbowl adds weren’t seen in Canada. Budweiser, as a major sponsor, had three adds. One nondescript add involved a maze. One played on the puppies and Clydesdale theme with four Clydesdales saving a puppy from a wolf. The third has generated a social media storm and dozens of news stories. The add implied that craft beer drinkers are a somewhat effete bunch of posers. The criticism is best summarized by the following article. 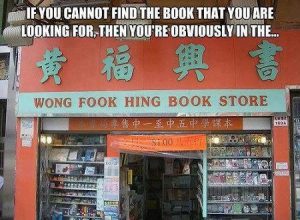 Our February artist is Joanne Corbett. Her statement follows. I have been interested in art since I was a child.  Since I was getting ready to retire I thought I would pursue my life-long passion more vigorously.  So for the past 7 or 8 years I have been painting in acrylic, drawing in charcoal , pastel and pencil and ink..  My favourite is Acrylic. I do not have a preference as to what might work on.  It depends on what takes my fancy. 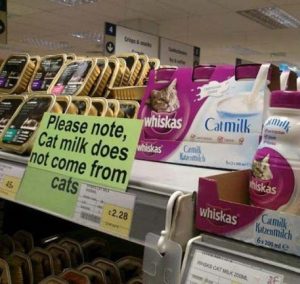 One afternoon, a wealthy lawyer was riding in the back of his limousine when he saw two men eating grass by the road side. He ordered his driver to stop and he got out to investigate. "Why are you eating grass?" he asked one man. "We don't have any money for food." the poor man replied. "Oh, come along with me then." "But sir, I have a wife with two children!" "Bring them along! And you, come with us too!", he said to the other man. "But sir, I have a wife with six children!" the second man answered. "Bring them as well!" They all climbed into the car, which was no easy task, even for a car as large as the limo. Once underway, one of the poor fellows says, "Sir, you are too kind. Thank you for taking all of us with you." The lawyer replied, "No problem, the grass at my home is about two feet tall!" A defendant was on trial for murder in Oklahoma. There was strong evidence indicating guilt, but there was no corpse. In the defense’s closing statement the lawyer, knowing that his client would probably be convicted, resorted to a trick. "Ladies and gentlemen of the jury, I have a surprise for you all," the lawyer said as he looked at his watch. "Within one minute, the person presumed dead in this case will walk into this courtroom." He looked toward the courtroom door. The jurors, somewhat stunned, all looked on eagerly. A minute passed. Nothing happened. Finally the lawyer said, "Actually, I made up the previous statement. But you all looked on with anticipation. I, therefore, put it to you that there is reasonable doubt in this case as to whether anyone was killed and insist that you return a verdict of not guilty." The jury, clearly confused, retired to deliberate. A few minutes later, the jury returned and pronounced a verdict of guilty. "But how?" inquired the lawyer. "You must have had some doubt; I saw all of you stare at the door." Answered the jury foreman: "Oh, we did look. But your client didn’t." A Russian, a Cuban, an American and a Lawyer are in a train. The Russian takes a bottle of the Best Vodka out of his pack; pours some into a glass, drinks it, and says: "In USSR, we have the best vodka of the world, nowhere in the world you can find Vodka as good as the one we produce in Volgograd. And we have so much of it, that we can just throw it away..." Saying that, he opens the window and throws the rest of the bottle through it. All the others are quite impressed. The Cuban takes out a pack of Cohibas, takes one of them, lights it and begins to smoke it saying: "In Cuba, we have the best cigars of the world: Cohibas. Nowhere in the world there is so many and so good cigars and we have so much of them, that we can just throw them away...". Saying that, he throws the pack of Cohibas thru the window. One more time, everybody is quite impressed. At this time, the American just stands up, opens the window, and throws the Lawyer through it...
Our weekend Seafood Feature is Crusted Cod Baked w/ Herb Butter, Steamed Broccoli & Spiced Garlic Sauce on Rice Pilaf. $15.95
Soup & Sandwich Special is $11.95.  All hot specials are $15.95, except where noted, and include a serving of soup du jour, chopped, or Caesar salad.