Our premium white wine special for January is La Báscula Heights of The Charge (Verejo/Viura) from Spain. The red is Duck Commander Triple Threat Red (Zin/Merlot/Cab) from California. Both are $8.50 for a glass and $24.95 for a half litre. Our guest tap now offers Angry Orchard Crisp Apple Cider from Cincinnati, Ohio for $9.95 a pint.  Next up will be Dieu Du Ciel Disco Soleil Kumquat IPA from Montreal for $8.95 a pint. 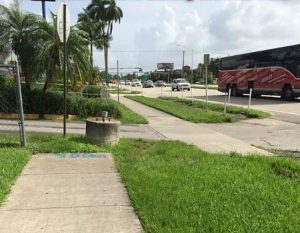 If you’ve been around the craft beer scene long enough, chances are you’ve heard someone use the phrase “session beer.” What exactly does this curious term mean? Today we take a quick look at the term and explain its meaning. A “session beer” is a beer low in alcohol which can be consumed in large quantities without making someone excessively intoxicated. This usually means beers in the range of 3-5% alcohol by volume. Anything over 5% and most people begin to feel their alcohol a bit too much. Like most things in the world of beer, this isn’t a term that’s strictly defined, but most people familiar with it will give you a similar definition. As exciting and interesting as crazy, high gravity beers can be, sometimes it’s tough to drink more than one or two of them. This can be frustrating when you’re in the mood to enjoy a number of beers over a few hours but still want to maintain some measure of sobriety, say if you were grilling in the backyard. Situations like that are exactly what session beers are designed for. As we’ve tried to stress many times in our articles, beer should be enjoyed for the taste, not the alcohol. The origins of the term are hard to place, but some have speculated that it comes from WWI Britain, when munition workers worked long, hard hours to supply the troops with ammo. They were allotted short “session” breaks of a few hours between shifts and many of them spend those breaks in their local pub. Knowing they’d have to go back to work in a few hours the men preferred lighter beers that they could enjoy without getting too sloshed before returning to the factory, thus giving rise to the term “session beer”. Considering the term’s origins it should come as no surprise that many session beers are British in style or at the very least British influenced. This means lots of bitters, pale ales and porters. Although most people don’t realize it, Guinness is actually a perfect example of a “session beer.” Despite its reputation as a massive beer, it actually only weighs in at 4.3%, which puts it far below many modern craft beers which frequently tip the scales at 6 or 7%. All of this being said, drinking session beers is no reason to ignore the signs of intoxication. Session beers will get you drunk just as easily as regular brews, so be sure to be careful if you plan on driving after a session. Ed. Note: Bushwakker’s session beer is Granny’s Bitter at 4.0%. abv. Close behind are Regina Pale Ale; Summer Wheat, Premium Pale Ale and Northern Lights Lager, all at 4.5%.

The Province of Saskatchewan has undertaken a survey of voter’s preferences for the future of retail sales of beverage alcohol in the province and invites submissions. Our readers may have seen the article in the Leader Post on Monday concerning the submission by the Ale and Lager Enthusiasts of Saskatchewan (ALES) to the consultation process. The members of ALES ask that the review not just consider the various options for the degree and speed of privatization of retail stores that sell beverage alcohol in the province, but that the regulation setting process, its enforcement, its distribution and warehousing aspects all be brought into the 21st century, not just the province’s retail system. The article mentioned that our friends at Rebellion Brewing have also called for a wider review than just provincial retail operations. The Bushwakker Brewpub strongly supports the call for a complete reconfiguration of the regulations control, distribution and retailing of beverage alcohol in Saskatchewan. Several years ago a number of organizations interested in the image of Saskatchewan across Canada pooled their resources to commission a survey. Their worst fears were confirmed. Potential tourists, other visitors, investors, people seeking employment all saw us as backward and unsophisticated. That image may have softened a bit over recent years, given our strong economy, but we still find vestiges of that negative image in various Canadian publications. It will remain until we change the entire beverage alcohol system to bring it into the modern era. Currently we have one organization in charge of setting the regulations, enforcing them, purchasing, warehousing, distributing and retailing beverage alcohol. In any other economic sector this would be seen as a recipe for disaster. The problems that we see are too numerous to review here, but they include building a warehouse that only allows the storage of products that don’t need refrigeration, setting a provincial tax regime (called a markup) that discourages microbrewery development and encouraging quantity rather than quality in consumption. We agree that the province needs a consultative process on all aspects of beverage alcohol in Saskatchewan, not just on the ownership of retail stores.

You know you’re in trouble when: Your accountant’s letter of resignation is postmarked Zurich. You have to hitch hike to the bank to make your car payment. Your suggestion box starts ticking. You see your stockbroker hitchhiking out of town. You see the captain running toward the railing wearing a life jacket. They pay your wages out of petty cash. You tell the barber what you think about his prices before you get your haircut. Getting there is half the fun and three-fourths of the vacation budget. The simple instructions enclosed aren't. A black cat crosses you path and drops dead. You take an assertiveness training course and you're afraid to tell your wife. Your pacemaker has only a thirty day guarantee. The candles on your cake set off your smoke alarm. The pest exterminator crawls under your house and never comes out. The four Goldberg brothers, Lowell, Norman, Hiram, and Max, invented and developed the first automobile air-conditioner. On July 17, 1946, the temperature in Detroit was 97 degrees. The four brothers walked into Henry Ford's office and sweet-talked his secretary into telling him that four gentlemen were there with the most exciting innovation in the auto industry since the electric starter. Henry was curious and invited them into his office. They refused and instead asked that he come out to the parking lot to their car. They persuaded him to get into the car, which was about 130 degrees, turned on the air conditioner, and cooled the car off immediately. Henry got very excited and invited them back to the office, where he offered them $3 million for the patent. The brothers refused, saying they would settle for $2 million, but they wanted the recognition by having a label, 'The Goldberg Air-Conditioner,' on the dashboard of each car in which it was installed. Now Henry Ford was more than just a little anti-Semitic, and there was no way he was going to put the Goldberg's name on two million Fords. They haggled back and forth for about two hours and finally agreed on $4 million and that just their first names would be shown. And so to this day, all Ford air conditioners show: Lo, Norm, Hi, and Max on the controls. So, now you know... For his final project in a statistics class, a student decided to conduct a survey. He chose to find out peoples' favorite pastimes. The teacher required that he sample at least 100 people, so he started out his project visiting a fairly large apartment building near the university. He knocked on the first door and a man answered. "Sir, what is your name?" asked the student. "John." "Sir, I'm doing a school study and would like to know what is your favorite pastime?" "Watching bubbles in the bath," came the reply. He liked the esoterical answer and continued down the hall, until he came to the next door. He asked again, "Sir, what is your name ?" "Jeff." "Sir, Would you please tell me your favorite pastime?" "Watching bubbles in a bath," was the answer. Quite amused and confused, he went on to ask a good number of people in the building and all of them had the same pastime... "watching bubbles in a bath". He left the building and walked across the street where there were several row houses, to continue the survey. At the first house, he knocks and an attractive girl opens the door. Our surveyor starts again - "What is your name?" "Bubbles." 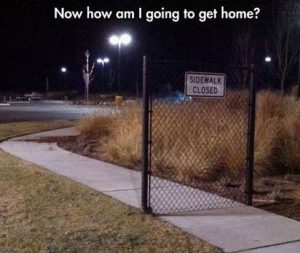