Our premium white wine special for January is La Báscula Heights of The Charge (Verejo/Viura) from Spain. The red is Duck Commander Triple Threat Red (Zin/Merlot/Cab) from California. Both are $8.50 for a glass and $24.95 for a half litre.  Our guest tap now offers Angry Orchard Crisp Apple Cider from Cincinnati, Ohio for $9.95 a pint. One and ¼ thousand editions of the Wakker Weekly, or its predecessors published. 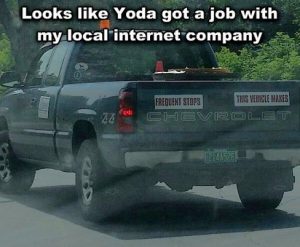 A Saskatchewan couple, both well into their 80's, go to a sex therapist's office.   The doctor asks, 'What can I do for you?' The man says, 'Will you watch us have sexual intercourse?' The doctor raises both eyebrows, but he is so amazed that such an elderly couple is asking for sexual advice that he agrees. When the couple finishes, the doctor says, 'There's absolutely nothing wrong with the way you have intercourse..' He thanks them for coming, he wishes them good luck, he charges them $50 and he says good bye. The next week, the same couple returns and asks the sex therapist to watch again. The sex therapist is a bit puzzled, but agrees. This happens several weeks in a row The couple makes an appointment, has intercourse with no problems, pays the doctor, then leave. Finally, after 3 months of this routine, the doctor says, 'I'm sorry, but I have to ask. Just what are you trying to find out?' The man says, 'We're not trying to find out anything. She's married; so we can't go to her house. I'm married; and we can't go to my house. The Holiday Inn charges $98. The Hilton charges $139. We do it here for $70, and best of all... Sask. Health pays $63 of it. A little old man shuffled slowly into an ice cream parlor and pulled himself slowly, painfully, up onto a stool. After catching his breath he ordered a banana split. The waitress asked kindly, "Crushed nuts? No," he replied, "arthritis". As they stopped at a cheese farm, a young guide led them through the process of cheese making, explaining that goats milk was used. She showed the group a lovely hillside where many goats were grazing. "These", she explained, "are the older goats put out to pasture when they no longer produce." She then asked, "What do you do in America with your old goats?" A spry old gentleman answered, "They send us on bus tours. 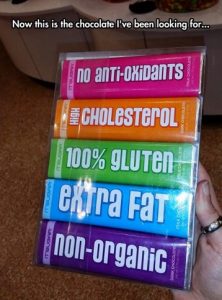 Phil Ball  November 21, 2014 Some 50 years ago, an elderly patient of mine was living unhappily in a local nursing home. I'll call her "Bessie." She was a strong-minded Irish lady — an immigrant from Canada — and she wasn't tolerating the rules of nursing home propriety. What did she do? She would tear up her bed clothing, and then as an encore she would tear up her roommates bedding. She would walk the halls and make rude remarks to any one she encountered. The nurses would call me for some help. A tranquilizer, perhaps? I suggested they give her a rag doll. Sometimes this would calm a female patient. They would treat this as a baby to be cuddled and protected. No good! Bessie tore the doll's head off, then tore off its clothing, and then tore all the stuffing out and threw it around the room. Then I suggested they call the local Catholic priest and have him provide Bessie with some calming words. No help! Bessie dismissed the priest with words never heard in polite company. The nurses called me again. I prescribed a gentle tranquilizer of that 50-years-ago time. No help! Next I prescribed a block buster tranquilizer — a Mickey Finn that should have knocked out an elephant. No help! Now Bessie was taking off her clothes and walking the halls bare naked. The climactic event came one day when Bessie in her birthday suit walked out a side door and was out in a busy street nearby directing traffic. A nursed called me again. She was hysterical. "We've got to do something! Do you think that giving Bessie a daily ration of beer would help? She is always talking about Stroh's Old Fashioned Beer?" I remembered that Bessie used to consume a large amount of Stroh's. This was a popular brand then. So I told the nurse, "Yes, two cans of beer daily." The nurse had to get the approval of a bank trustee who handled Bessie's funds before putting "six cases of Stroh's Beer" on the next bill. The trustee was an old German, and he approved. So, the next day at 4 p.m., Bessie was handed a can of Stroh's beer. She smiled and walked the halls sipping on the beer until it was gone. Then she looked for a patient's room that was temporarily unoccupied, and quick as a wink she would sneak in the room, pull up the pillow on the bed and stuff the empty can under the pillow. By 4:30 Bessie was back at the nurses' station for her second beer. Same routine, walk the halls, sip-sip-sip, stuff the empty under a pillow. And from that day forward, Bessie was a model patient! A victory for that tranquilizer called beer. Better than Valium or Thorazine or chloral hydrate! And, do you know that some nursing homes today have "happy hour" parties at 4 p.m. for those interested? Other tranquilizers of equal value to beer are bourbon and Scotch and gin and vodka. The list is endless. Then there are famous mixed drinks with names like gimlet and French 75 and stinger. Don't forget the famous Harvey Wallbanger cocktail, so strong that it saved a Maine lobsterman from a horrid death when his boat sank. Finally, W.C. Fields had two double martinis for breakfast and then made the funniest shows in history, and also spoke legendary phrases of sour humor that are still recited today: "What wretched scoundrel stole the cork from my lunch?" "My first wife drove me to drink. And for that I am eternally grateful!"