Our premium white wine special for January is La Báscula Heights of The Charge (Verejo/Viura) from Spain. The red is Duck Commander Triple Threat Red (Zin/Merlot/Cab) from California. Both are $8.50 for a glass and $24.95 for a half litre.

Dec. 25. Closed. Merry Christmas! Dec. 29: Monday Night Jazz & Blues. 8’s Enuff. Great big-band jazz from this mini big band. 8:00 PM. Dec. 31: Nothing For New Year’s #9. No noise makers, no band, no escalated drink prices, no cover charge, no midnight champagne, no dancing, no line-ups, no hassle, no problem. Come spend a relaxing evening at the good 'ol Bushwakker as we welcome 2015. Perhaps try Chef Mike's special prime rib and jumbo Yorkshire pudding New Year's Eve dinner. Our most popular non-event of the year! Jan. 1: Closed For The Holiday. Happy New Year! Jan. 2: First Firkin Friday. The first edition of our 2015 series of FFF offerings won’t disappoint. Bushwakker head brewer, Mitch Dalrymple, has been in a bit of a creative mood as of late. Enjoy the pomp and circumstance of this longstanding popular Bushwakker tradition as a small keg of specially crafted beer is paraded throughout the pub in a precession lead by a piper from The Fraser Pipe Band. A volunteer guest firkin tapper is selected and a beer drenching of all those in close proximity quite often ensures. Join the fun at 5:30 PM. Jan. 5: Monday Night Jazz & Blues. The Cory Taylor Jazz Armada.  Veteran jazz drummer leads this talented group. A great act to kick off the Bushwakker 2015 live music calendar! 8:00 PM. Jan. 7: Wednesday Night Folk. Black Brook Tides. Delivers a Cape Breton sway of lost loves and open roads. 9:00PM. Jan. 7: Monthly ALES Meeting. Perhaps you received some home brewing equipment under the tree? Tine to make the most of the new gear by sitting in on a meeting with some of the most talented home brewers in the city. The best way to improve your brewing skills is to rub elbows with others who share your passion. Each month this award-winning club presents a unique topic of discussion. January’s topics include: Brewing for judges (what they look for) and Sour Beers. Meetings are held on the first Wednesday of the month is the Bushwakker basement clubroom at 8:00 PM. New members are always welcome! Jan. 12: Monday Night Jazz & Blues. The Jazz Band-Its. Over 20 members play big band jazz. A sight and sound to behold! 8:00 PM. Jan. 14: Wednesday Night Folk. Halteras. Tex-Mex Surfaghetti. Surf music with trashy overtones. This will be one wild Wednesday! 9:00 PM.

Published on Mon Dec 15 2014 Re: Secret Beer Store deal probe demanded, Dec. 11  Although it has taken 14 years to expose this corrupt and contemptible deal between the LCBO and the Beer Store, kudos to Martin Regg Cohn for doing so. The LCBO and the Beer Store are both creatures of the Ontario legislature. One a government monopoly that gouges the consumer for the government’s benefit; the other is a private monopoly that gouges consumers for their private benefit. Neither can exist without the legislation that created them, but they have found a comfortable niche of mutually assured profits. As a member of the Ontario Legislative Assembly for over seven years, neither the deal nor the lengthy wait to expose it, comes as a surprise. I have witnessed many dealings, legislation and agreements that to any reasonable and knowledgeable person appear either as suspicious in the minimum or criminal in the extreme. These observations are not limited to the present government, although they appear to have excelled at the practice, but indeed historical and practiced by all government to some greater or lesser degree. Ontario needs significant reforms of our election financing laws and a very thorough investigation into how the role of money, GR firms and lobbyists’ unduly influence public policy and very often to the detriment of the people of Ontario.‎ Furthermore, this is all to no avail if the integrity commissioner remains unable to properly investigate the actions of any MPP by way of her own judgment rather than by request. Randy Hillier, Progressive Conservative MPP, Lanark-Frontenac-Lennox and Addington. 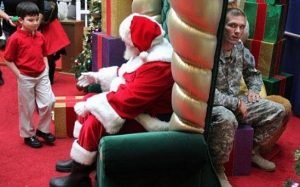 He asked for his Dad to come home for Christmas

By Whitney Bryen From Oct. 30 through Nov. 10, Times-Call reporter Whitney Bryen conducted an online survey of breweries in Boulder County. The survey asked how many employees each brewery has, how many are women, what departments women work in and if hiring women is a priority. Total: 1,011 total people employed, of which 339 are female, in 34 breweries When 300 Suns Brewing owners Candace Lusher and Jean Ditslear decided to open a brewery with their husbands, the pair began preparing themselves for the challenges they expected to face in a male-dominated industry. The women hoped a tough facade and savvy business minds would help them break down barriers as they joined the good ol' boys club. But Lusher and Ditslear were pleasantly surprised by the welcoming atmosphere they have encountered since opening the Longmont tasting room at 335 First Ave. in February. "There's a difference between a male-dominated industry and an ol' boys club industry," Ditslear said. "Brewing may be male dominated in a natural way, but it's not intentional and that's a different thing." There is no question that Lusher and Ditslear are among the minority, the women said. Men always outnumber women at local gatherings of brewery owners and employees, they said. But Boulder County seems to have more diversity in brewing than the nation as a whole based on the turnout at conferences the pair have attended. "It's usually a room full of men with beards," Ditslear said. "It isn't much of a stereotype because it's true, a lot of brewers have beards. It's like a badge of honor that they wear on their face that says 'I'm a brewer.'" Despite being the minority, Lusher and Ditslear are not the only beardless brewery owners in Boulder County. Including 300 Suns Brewing, seven Boulder County breweries reported women owners or co-owners in a recent survey conducted by the Times-Call. Women owners are less common than women employees who hold about 34 percent of the jobs in Boulder County breweries, according to the survey. 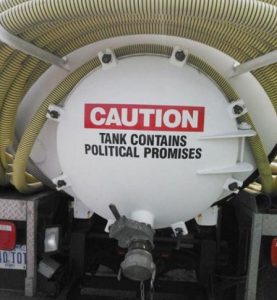 Two old ladies, Sunny and Tina, were outside their nursing home having a smoke, when it started to rain. Tina pulled out a condom, cut off the end, put it over her cigarette, and continued smoking. Sunny: "What's that?" Tina: "A condom." Sunny: "Where'd you get it?" Tina: "You can get them at any chemist" The next day, Sunny hobbled into the local chemist and announced to the pharmacist that she wanted to buy a pack of condoms. The guy looked at her strangely (she was, after all, in her eighties), but politely asked what brand she preferred. "Doesn't matter," she replied, "as long as it fits on a Camel."   One Sunday morning, the priest saw little Davey staring up at the large plaque that hung in the church's foyer. The plaque was covered with names and small Canadian flags were mounted on either side of it. "Father Donovan," the boy asked, "what is this? "Well, son, it's a memorial to all the young men and women who died in the service," the priest explained. They stood together quietly, staring at the memorial plaque. Little Davey softly asked, "Which service? The 9:00 or the 10:30?"   A guy goes to a girl's house for the first time, and she shows him into the living room. She excuses herself to go to the kitchen to make them a few drinks, and as he's standing there alone, he notices a cute little vase on the mantel. He picks it up, and as he's looking at it, she walks back in. He says "What's this?" She says, "Oh, my father's ashes are in there." He says, "Jeez...oooh....I..." She says, "Yeah, he's too lazy to go to the kitchen to get an ashtray."   Three elderly men are at the doctor for a memory test. The doctor says to the first man, "What is three times three?" "274" was his reply. The doctor says to the second man, "It's your turn. What is three times three?" "Tuesday", replies the second man. The doctor says to the third man, "Okay, your turn. What's three times three"? "Nine", says the third man. "That's great!" says the doctor. "How did you get that"? "Simple," says the third man. "I subtracted 274 from Tuesday."   A man tells a doctor, "I think my wife's going deaf. What can I do?" The doctor says, "Well, try to test her hearing. Stand some distance away from her and ask her a question. If she doesn't answer, move a little closer and ask again. Keep repeating this until she answers. That way we can see how bad the problem is." The man goes home, sees his wife and says, "Hi honey, what's for dinner?" He doesn't hear an answer, so he moves closer. "Honey, what's for dinner?" He repeats this several times, until he's standing right next to her. Finally, she answers, "For the tenth time, I said we're having Pot Roast!"
Our weekend Seafood Feature is Fish Pakora w/ Falafel Arabic Salad. $15.95
Soup & Sandwich Special is $11.95.  All hot specials are $15.95, except where noted, and include a serving of soup du jour, chopped, or Caesar salad.