Our premium wine specials for December are from Ontario’s Pelee Island Winery. The red is a Semi-Sweet Merlot. The white is a Pinot Grigio VQA. Both are $7.50 for a glass and $21.95 for a half litre. Our system for announcing the release of the Wakker Weekly provides an analysis of the way people access our newsletter. For instance, there were 2947 visits to the web page last week, 2399 unique visits. (Some visited more than once.) More interesting is the search phrases that you used to find us. The pie chart below is a summary of the top five phrases (There were many more.)

We would consider the first and the last as being correct. We understand the inclination to use a “c” because that is the normal spelling.  We use the double “k” for copyright reasons, and we think that it looks better. However, the apparent compulsion to add the second “s” is fascinating. It doesn’t happen just because someone added it and many others followed. It seems to be a basic human compulsion. Too many times we’ve seen people exposed for the first time to our name as :Bushwakker” and then repeat it back immediately as “Bushwakkers” without ever hearing it pronounced that way.

A young man named John received a parrot as a gift. The parrot had a bad attitude and an even worse vocabulary. Every word out of the bird's mouth was rude, obnoxious and laced with profanity. John tried and tried to change the bird's attitude by consistently saying only polite words, playing soft music and anything else he could think of to 'clean up' the bird's vocabulary. Finally, John was fed up and he yelled at the parrot. The parrot yelled back. John shook the parrot and the parrot got angrier and even more rude. John, in desperation, threw up his hand, grabbed the bird and put him in the freezer. For a few minutes the parrot squawked and kicked and screamed. Then suddenly there was total quiet. Not a peep was heard for over a minute. Fearing that he'd hurt the parrot, John quickly opened the door to the freezer. The parrot calmly stepped out onto John's outstretched arms and said "I believe I may have offended you with my rude language and actions. I'm sincerely remorseful for my inappropriate transgressions and I fully intend to do everything I can to correct my rude and unforgivable behavior." John was stunned at the change in the bird's attitude. As he was about to ask the parrot what had made such a dramatic change in his behavior, the bird spoke-up, very softly, "May I ask what the turkey did?" A man goes into a pet shop and tells the owner that he wants to buy a pet that can do everything. The shop owner suggests a faithful dog. The man replies, "Come on, a dog?" The owner says, "How about a cat?" The man replies, "No way! A cat certainly can't do everything. I want a pet that can do everything!" The shop owner thinks for a minute, then says, "I've got it! A centipede!" The man says, "A centipede? I can't imagine a centipede doing everything, but okay... I'll try a centipede." He gets the centipede home and says to the centipede, "Clean the kitchen." Thirty minutes later, he walks into the kitchen and... it's immaculate! All the dishes and silverware have been washed, dried, and put away the counter-tops cleaned the appliances sparkling the floor waxed. He's absolutely amazed. He says to the centipede, "Go clean the living room." Twenty minutes later, he walks into the living room. The carpet has been vacuumed the furniture cleaned and dusted the pillows on the sofa plumped, plants watered. The man thinks to himself, "This is the most amazing thing I've ever seen. This really is a pet that can do everything!" Next he says to the centipede, "Run down to the corner and get me a newspaper." The centipede walks out the door. 10 minutes later... no centipede. 20 minutes later... no centipede. 30 minutes later... no centipede. By this point the man is wondering what's going on. The centipede should have been back in a couple of minutes. 45 minutes later... still no centipede! He can't imagine what could have happened. Did the centipede run away? Did it get run over by a car? Where is that centipede? So he goes to the front door, opens it... and there's the centipede sitting right outside. The man says, "Hey!!! I sent you down to the corner store 45 minutes ago to get me a newspaper. What's the matter?!" The centipede says, "I'm goin'! I'm goin'! I'm just puttin' on my shoes!"

Hanging out with friends and family this time of year can be a roll of the dice, as the nation continues to battle epidemic levels of influenza and, of course, the common cold. And while such pathogens won’t survive in beer, sharing glassware or bar food with sniffly friends could easily lead to infection (pro-tip: don’t share; wash your hands constantly). And don’t let the fear of flu keep you from enjoying a good craft beer. According to recent studies, moderate beer consumption can actually be good for the health of adults. According to AFP (Agence France-Presse), results of recent medical tests in Japan show that ingesting large amounts of humulone, the key ingredient in hops (which give beer aroma and bitterness), might help fend off a form of seasonal sickness in adults, specifically “RS”, or Respiratory Syncytial virus, which can lead to severe forms of pneumonia and bronchitis in children. We’ll note loud and clear here that the test itself was commissioned by Sapporo Breweries through Sapporo Medical University, which in turn points out it would take about thirty cans at once to achieve an effective dose, which, of course, could kill you six ways to Sunday (don’t try it). Nevertheless we’ll raise a salutary glass in hopes that further medical testing confirms that hops are indeed the happiest, healthiest plant. They certainly lead to great beers like the classic India Pale Ale, or IPA. And we already have warm fuzzies about stout beers and general well-being. In the meantime, take solace in this Time magazine article outlining several other health benefits to beer, from healthier blood and bones to the lungs, skin, hair, and even brain. Ed. Note: North American IPA’s have many times the hop content of Sapporo beers, so the task of achieving an adequate dose might be achievable, but we don’t suggest that you should try it.

The LCBO and The Beer Store, the two main outlets for alcohol sales in Ontario, signed a government-prepared operating agreement in 2000 that limited competition in beer sales, according to a document leaked on Tuesday. The details of the agreement inflamed an already heated debate over how alcohol is sold in Ontario — whether it should be deregulated and sold in places like convenience stores or remain government-sanctioned. A 10-page document was given to the Toronto Star detailing the level of competition — or lack thereof — between the between the Liquor Control Board of Ontario (LCBO) and Canada's National Brewers, the company which owns The Beer Store, when it comes to beer sales. (At the time of signing, Canada's National Brewers was known as Brewers Retail, Inc.) The agreement makes clear that LCBO retail outlets would not sell or promote anything other than six packs of beer, leaving 24- and 12-packs to The Beer Store. The cost of 24- and 12-packs is less per bottle than packages of six; giving The Beer Store lower cost beer. The Beer Store is privately owned by three major multinational brewers: AB InBev, Molson Coors and Sapporo. It handles 79 per cent of beer sales in Ontario, according to the province. The LCBO is government-owned and produces revenue upwards of $4.9 billion per year, with a $1.7 billion dividend returned to the government of Ontario. Jeff Newton, president of Canada's National Brewers lashed out at the Toronto Star's report, saying it contained "false and inaccurate claims." Newton said the agreement allowed The Beer Store to open new stores and compete in Ontario. "The LCBO was using its regulatory powers in a way that limited The Beer Store's ability to serve Ontario consumers — they were refusing to approve the opening of new Beer Store locations," he said in a statement. "[The agreement] was designed to resolve this issue and enable investment in, and the orderly expansion of, Ontario's beverage alcohol retail system — to the benefit of Ontario consumers." The Beer Store says the agreement allowed it to compete in Ontario. (CBC) But Ed Clark, the former CEO of TD Bank, who was tasked by the government to optimize its revenue-generating assets earlier this year, recommended the agreement be altered. He wanted the LCBO to sell 12 packs in addition to the sixes. There are currently 447 Beer Store and 634 LCBO outlets operating in Ontario. Ed. Note: We’re finding many stories these days, from both Canadian provinces and American states, complaining about a lack of choice and the consequence of monopolies and duopolies in beer distribution and sales. They often point to other jurisdictions with greater choice as models to be emulated. None seem to be aware of the drastic lack of choice in Saskatchewan which makes all other states and provinces look like the embodiments of beer heaven. 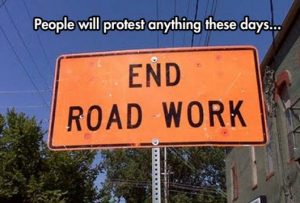