Our premium wine features for November are Chateau Le Prieur Wines from France.  The white is Entre Deux Mers Bordeaux, using Sauvignon Blanc/Semillon/Muscadelle grapes. The red is Cuvee Passion Bordeaux, using Merlot/Cabernet Franc/Cabernet Sauvignon grapes. Both are $7.50 for a glass and $21.95 for a half litre. Our guest import tap now offers Mikkeller Single Hop Series Tomahawk IPA from Denmark for $9.95 per pint. 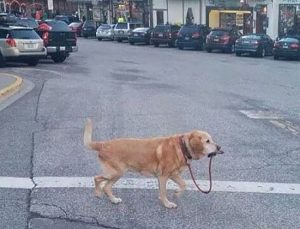 Nov. 29: The 26th Bushwakker Single Malt Scotch Tasting Event. 7:30 PM. Sold Out, but you can still order the special Scotch-based dinner. Orkney Island Poached Egg A poached egg served on crostini made with Highland Park. Topped with a peppercorn marinated pork belly and roasted pumpkin seeds Macallan Ham Hocks Tender  ham hock braised in Macallan and served with barley risotto, charred cherry tomatoes and kale crisps.          $28.95 White Chocolate Bread Pudding A moist and rich bread pudding made with Bernard Callibault white chocolate chunks and toasted pecans. Drizzled with a scotch infused raisin caramel sauce and served with Glenmorangie vanilla bean ice cream. Pure decadence!          $8.95 Dec. 1: Monday Night Jazz & Blues. Shane & Ethan Reoch. Regina’s friendliest bluesman is joined by his son who will be celebrating his 19th birthday. What a night this will be! 8:00 PM. Dec. 3: Wednesday Night Folk. Bears in Hazenmore. Ambient, indie folk group from the heart of the prairies. 9:00 PM. Dec. 3: Monthly ALES Meeting. One of the top amateur home brewing clubs in the country continues to attract more and more new members. If you are interested in getting into the art of home brewing or would like to improve your skills, come down to the Bushwakker basement clubroom at 8:00 PM and sit in on a meeting. This month’s topic of presentation are Cooking with beer and using spent grain & Winter Warmers. Dec. 5: First Firkin Friday. It is hard to imagine a more dramatic firkin tapping than the one we witnessed in early November. Have a look at the First Firkin video footage at website homepage www.bushwakker.com to relive the drama! Men in kilts, members of The Fraser Pipe Band, flying keg faucets, beer soaked patrons, delicious suds and a whole lot of fun! The long-standing Bushwakker tradition continues at 5:30 PM. Plan to arrive early to secure a seat! Dec. 6: 2014 Bushwakker Blackberry Mead Release at 11:00 AM Sharp! A true Saskatchewan phenomenon! Last year our entire Blackberry Mead offsale inventory of over 6000 bottles sold out in an hour and 45 minutes. The legion of devoted mead enthusiasts braved the minus 50 degree temperature (including wind chill) and began forming a line 12 hours before it went on sale. The line grew to more than an entire city block by 9:00 AM. It was just like a tailgate party! Experienced mead lovers came prepared with ice fishing huts and propane heaters. Porta potties will once again be in place and Bushwakker head brewer, Mitch Dalrymple, will be serving hot chocolate to all those waiting in line. Our mead-line enforcement crew will also ensure there is no butting in line and will be passing out mead purchase vouchers. We have been brewing our Blackberry Mead all year long preparing for our annual kick-off to the holiday season. 400 pounds of Lumsden Valley honey and 84 pounds of blackberries are used to create every batch. View the days remaining to Bushwakker Mead Day on our countdown clock over our brew house door. Commemorative vintage baseball-style Blackberry Mead t-shirts designed by local artist, Gavin de Lint, will also be available. Catch the buzz! Dec. 8: Monday Night Jazz & Blues. ‘round Midnight. Popular jazz act plays popular jazz tunes…and for the final time…with popular lead singer, Bev Zizzy. Last chance to her this powerful vocalist with this group folks. Don’t miss it! 8:00 PM. Dec. 10: Wednesday Night Folk: The Dickens Yuletide Singers. Talented vocal group perform in Victorian dress. Sure to get you into the spirit of the season! The one hour performance starts at 8:00 PM. Dec. 13: Annual Missiletow Christmas Ale Release at 11:00 AM Sharp! Avid fans of our “other” Christmas specialty brew look forward to this day every year. Only one tank of our winter warmer is produced each year. Rich malt flavours with plenty of depth and complexity. The perfect ale to sip on whilst curled up with a good book in front of a fireplace on a cold Saskatchewan winter night. We hope this special ale will last on tap until Christmas but the limited number of bottles will most likely be sold out in the blink of an eye. See you at 11:00! Dec. 15: Monday Night Jazz & Blues. A Ben Winoski White Christmas. Some seasonal favourites with some elements of jazz and blues from this talented acoustic act. 8:00 PM. Dec. 17: Wednesday Night Folk. The Regina Male Voice Choir. The annual one hour Christmas concert from Canada’s longest continually operating male voice choir returns! Don’t miss the procession of the massive boar’s head during the Boar’s Head Carol. Singing contests and prizes! This special concert starts at 8:00 PM. Dec. 22: Monday Night Jazz & Blues. The Ministry of Groove. Enjoy great 1970’s jazz funk and more. 8:00 PM. Dec. 24: Christmas Eve. Closed at 5:00 PM. Dec. 25. Closed. Merry Christmas! Dec. 29: Monday Night Jazz & Blues. 8’s Enuff. Great big band jazz from this mini big band. 8:00 PM. Dec. 31: Nothing For New Year’s #9. No noise makers, no band, no escalated drink prices, no cover charge, no midnight champagne, no dancing, no line-ups, no hassle, no problem. Come spend a relaxing evening at the good 'ol Bushwakker as we welcome 2015. Perhaps try Chef Mike's special prime rib and jumbo Yorkshire pudding New Year's Eve dinner. Our most popular non-event of the year!

Quin C. Greig was born in Swan River, Manitoba in 1988. Raised on a remote acreage, Quin spent much of her childhood among animals and nature, playing solitary “games of imagination,” which would eventually have a profound effect on the subject matter of her artwork. Her father, Tim Greig, is a visual artist, and both of her parents fostered her creativity. Quin is now a practicing interdisciplinary artist, and she received her Bachelor of Fine Arts with distinction from the University of Regina in 2013. While experienced in oil painting, intaglio printmaking and sculpture, she specializes in watercolor drawings. While deeply interested in myth and magic - She is simultaneously, and just as importantly, influenced by the people whom she encounters in her daily life. In previous works, she has cast her personal friends, family and co-workers into roles made traditional to others through fairytales, fables and allegory. This is representative of the ways in which she feels she has encountered magic, synchronicity, and archetypes from the Jungian “collective unconscious” in her own unfolding narrative. Quin has spent years refining her signature-style of line work, and has been commissioned for several label and tattoo designs - as well as myriad other projects for private individuals. A substantial percentage of the subject matter of her private commission work is personal symbolic portraiture. Quin currently divides her time between her home studio and The Bushwakker Brewing company where she has worked as a waitress since 2010.

A man received the following text from his neighbour: I am so sorry Harry. I've been riddled with guilt and I have to confess.  I have been helping myself to your wife, day and night when you're not around; in fact, more than you. I do not get it at home, but that's no excuse. I can no longer live with the guilt and I hope you will accept my sincerest apology with my promise that it won't, ever happen again. Poor Harry, anguished and betrayed, went into his bedroom, grabbed his gun and, without a word, shot his wife and killed her. A few moments later, a second text came in: Bloody autocorrect !!!     I meant "wifi”, not "wife" I was having trouble with my computer so I called Richard, the 11 year old next door whose bedroom looks like Mission Control, and asked him to come over. Richard clicked a couple of buttons and solved the problem. As he was walking away, I called after him, 'So, what was wrong?' He replied, 'It was an ID ten T error.' I didn't want to appear stupid, but nonetheless inquired, 'An ID ten T error? What's that? In case I need to fix it again.' Richard grinned. 'Haven't you ever heard of an ID ten T error before?' 'No,' I replied. 'Write it down,' he said, 'and I think you'll figure it out.’ So I wrote down: I D 1 0 T I used to like the little sh*t 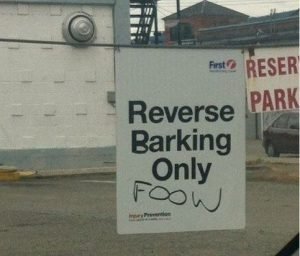 1. Bob Smith, my assistant programmer, can always be found 2. hard at work in his cubicle. Bob works independently, without 3. wasting company time talking to colleagues. Bob never 4. thinks twice about assisting fellow employees, and he always 5. finishes given assignments on time. Often he takes extended 6. measures to complete his work, sometimes skipping coffee 7. breaks. Bob is a dedicated individual who has absolutely no 8. vanity in spite of his high accomplishments and profound 9. knowledge in his field. I firmly believe that Bob can be 10. classed as a high-caliber employee, the type which cannot be 11. dispensed with. Consequently, I duly recommend that Bob be 12. promoted to executive management, and a proposal will be 13. executed as soon as possible. Addendum: That idiot was standing over my shoulder while I wrote the report sent to you earlier today. Kindly re-read only the odd lines.