Our premium wine features for November are Chateau Le Prieur Wines from France.  The white is Entre Deux Mers Bordeaux, using Sauvignon Blanc/Semillon/Muscadelle grapes.  The red is Cuvee Passion Bordeaux, using Merlot/Cabernet Franc/Cabernet Sauvignon grapes. Both are $7.50 for a glass and $21.95 for a half litre. Our guest import tap now offers Centennial Rye Ale from Saskatchewan’s newest microbrewery, Black Bridge, located in Swift Current. $7.95 for a pint.  Next will be the Beer Here Harwood Brown Porter from Denmark.

Sat. Nov. 1: Tickets Go On Sale to the November 29th Bushwakker Single Malt Scotch Tasting Event. Sold Out, but a special meal, using Single Malt Scotches, will also be available that evening. Orkney Island Poached Egg A poached egg served on crostini made with Highland Park. Topped with a peppercorn marinated pork belly and roasted pumpkin seeds Macallan Ham Hocks Tender  ham hock braised in Macallan and served with barley risotto, charred cherry tomatoes and kale crisps                $28.95 White Chocolate Bread Pudding A moist and rich bread pudding made with Bernard Callibault white chocolate chunks and toasted pecans. Drizzled with a scotch infused raisin caramel sauce and served with Glenmorangie vanilla bean ice cream. Pure decadence!                     $8.95 Reserve your seats for this meal early. Nov. 7: First Firkin Friday. Don’t miss the pomp and circumstance as a piper from The Fraser Pipe Band leads a small keg of specially created beer (the firkin) in a procession throughout the pub. A volunteer is selected to tap the firkin and delicious suds tend to soak all those in near proximity. Tapping takes place at 5:30 PM and the pub is generally quite full by 4:00 PM. Don’t miss this great longstanding Bushwakker tradition! Nov. 8: Riders vs Eskimos. Our beloved Team Green will be looking to avenge their 24-19 recent home game loss to Edmonton. We open at 11:00 AM and kickoff is at 6:00 PM. Be sure to stop by The Bushwakker before, during or after the game and enjoy our Eskimo Burger & a Pint game day feature. Think of it as “devouring” the competition! Nov. 10: Monday Night Jazz & Blues. Whiteboy Slim. Toronto Exclusive Magazine Music Awards best blues artist, best blues CD and best blues song. 8:00 PM. Nov. 11: Open at noon on Remembrance Day. Nov. 12: Wednesday Night Folk. Buffalo Narrows. Popular group brings various musical styles together to create their unique brand of music. 9:00 PM. Nov. 17: Monday Night Jazz & Blues. The Jeff Mertick Band. Soulful, powerful blues from the Regina blues veteran. 8:00 PM. Nov. 19: Wednesday Night Folk. The Stillhouse Poets. Prairie gothic, Mississippi Delta, Appalachian mountains-inspired roots duo. 9:00 PM. Nov. 20: Science Pub edition #26 – Hacking And You! Presented by The University of Regina Faculty of Science and The Bushwakker Brewpub. Our wildly popular monthly Science Pub Series will conclude for 2014 and return again on Thursday, January 15, 2015. Enjoy lectures on scientific topics of general interest in our Arizona Room (main floor banquet room) over beer and snacks. The room opens at 5:00 PM and quite often is full by 6:00 PM. Avoid disappointment and come down early for dinner and a pint before the presentation which begins at 7:00 PM. This month's lecture will be presented by AJ Wiebe and Patrick Ullrich and is entitled Hacking and You: Why you're probably already using hacked software – legally. Nov. 24: Monday Night Jazz & Blues. The Jazz Band-Its. Over 20 members comprise this very big band that plays big band jazz. 8:00 PM. Nov. 26: Wednesday Night Folk. Ron Loos & Friends. Local talented guitar plucker is joined by various musicians performing tasty acoustic blues, folk and rock. 9:00 PM. Nov. 29: The 26th Bushwakker Single Malt Scotch Tasting Event. 7:30 PM.  Sold Out 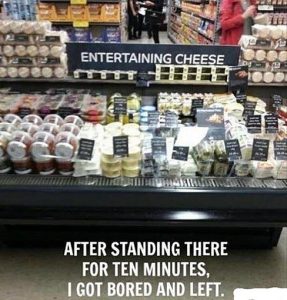 Jeff Hamon is an award-winning fine art and portrait photographer based in Regina.  His photographic art display will bring a lot of colour to the Bushwakker wall in a month that will sadly have a lack of colour outside.  Pieces consist of canvas, laminated metallic paper, eye-catching polished aluminum, and unique printed-on-wood photographs that display the beauty of Saskatchewan and other parts of our fine country. Embracing the immediacy and creativity that digital photo technologies offer, Jeff’s photographs display interesting composition and perspective and he says “I like to combine what I see naturally with what the right side of my brain sees.”  His frequent subjects are the power and beauty of storms, the formerly inhabited homes of the prairies and the stories they have to tell, and the uniqueness of sunsets and sunrises/clouds. He is a firm believer that the camera is but a tool and that “the best camera is the one you have with you.”  Jeff often shoots with the camera he always has with him, the iPhone 4s.  In fact, at least one of the photographs on display was produced from his phone.  Can you guess which one(s)? Jeff creates limited-edition, custom-order wall art in sizes 12x18 and larger and each material has particular display qualities.  Canvas is timeless with natural texture.  Metallic paper has a ‘shine’ to it and is laminated for protection so you can hang or frame un-glassed.  Every wood print is a unique work of art due to natural variations within the wood grain and the resultant hues.  Polished aluminum prints are very popular now, with high contrast and colours that POP.  Every photograph can also be framed, if you prefer, in select contemporary custom frames. Follow his work on Facebook at Jeff Hamon Scenic Fine Art Photography / Jeff Hamon Photography,  @JeffHamonPhoto on Twitter, and his website www.jeffhamonphotography.ca.  More photos are on display at The Green Spot and Naked Bean coffee houses. Jeff would like to thank the Bushwakker management and staff once again for the support and the space to display the works of local artists! 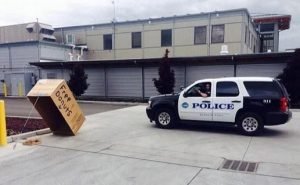 by Karlene Lukovitz, October 15, 2014, 9:32 AM Men have traditionally been the target of alcoholic beverages marketing, but women — young and ethnic women in particular — are an increasingly important force in this market, confirms a new Technomic report on women's "adult" beverage purchases and preferences. "We find women are increasing their knowledge of adult beverages, open to promotions, interested in trying new drinks and eager to share their discoveries with others," sums up Donna Hood Crecca, senior director at Technomic. In fact, the data show that in comparison with the general population, women are more likely to spend more on adult beverages on-premise than last year (30% of women versus 19% of the general population), and more likely to try new adult beverages, then buy them for at-home consumption (42% of women versus 35% of the general population). In addition, women are more likely to take "cues" in deciding what beverages to order. Menu descriptions and samples influence 39% and 32% of women, respectively, whereas the same cues influence 29% and 26% of the general population, respectively. The report also confirms that female alcoholic beverage behaviors vary by location, age, income and ethnicity. For example, Caucasian women consume fewer drinks per occasion; are less exploratory (consume fewer types of wine, beer and spirits); and are less likely to order straight spirits or shots than Hispanic, African-American and Asian women, according to Technomic. On the age front, one finding is that younger women (21 to 34) are more engaged with beers, malt beverages and hard ciders than older (35+) women. In fact, young women are also more engaged than the general population with these alcoholic beverage categories. Specifically, these are the percentages of young women who consume various types of beer on-premise: domestic light beer, 64%; domestic regular beer, 71%; imported beer, 66%; and craft/microbrew beers, 58%. In comparison, regular, light and imported beers are consumed by between 38% and 34% of older women, and by between 50% and 47% of the general population. Craft beers are consumed by 30% of older women, and 42% of the general population. Further, hard ciders and flavored malt beverages are consumed by 54% and 62% of young women, respectively. In contrast, those categories are consumed, respectively, by just 19% and 26% of older women, and 41% and 34% of the general population.

Farmer Joe decided his injuries from the accident were serious enough to take the trucking company, responsible for the accident, to court. In court, the trucking company's fancy lawyer was questioning Farmer Joe. "Didn't you say, 'I'm fine', at the scene of the accident?" asked the lawyer. Farmer Joe responded, "Well, I'll tell you what happened. I had just loaded my favorite mule Bessie into the..." "I didn't ask for a long, drawn-out story," the lawyer interrupted, "just answer the question. Did you not say, at the scene of the accident, 'I'm fine'!" Farmer Joe said, "Well, I had just got Bessie into the trailer and I was driving down the road..." The lawyer interrupted again and said, "Judge, I am trying to establish the fact that, at the scene of the accident, this man told the Highway Patrolman on the scene that he was just fine. Now, several weeks after the accident, he is trying to sue my client. I believe he is a fraud. Please tell him to simply answer the question." By this time the Judge was fairly interested in Farmer Joe's answer and said to the lawyer, "I'd like to hear what he has to say about his favorite mule Bessie." Joe thanked the Judge and proceeded, "Well, as I was saying, I had just loaded Bessie, my favorite mule, into the trailer and was driving her down the highway when this huge semi-truck and trailer ran the stop sign and smacked my truck right in the side." He continued, "I was thrown into one ditch and Bessie was thrown into the other. I was hurting real bad and didn't want to move. However, I could hear ole Bessie moaning and groaning. I knew she was in terrible shape just by her groans. Shortly after the accident a Highway Patrolman came on the scene. He could hear Bessie moaning and groaning so he went over to her. After he looked at her, he took out his gun and shot her between the eyes. Then, he came across the road with his gun in his hand, looked at me and said, 'Your mule was in such bad shape I had to shoot her. How are you feeling?'"