Our premium wine features for October are from the Santa Margherita Winery in Tuscany, Italy. The red is Chianti Classico D.O.C.G. (Sangiovese). The white is Pinot Grigio Valdadige D.O.C. Both are $8.95 for a glass and $26.95 for a half litre. Our guest import tap now offers Le Trou Du Diable Punkrauch from Quebec. $8.95 for a pint.

Oct. 27: Monday Night Jazz & Blues. Call Me Mildy. Local act plays original alternative blues. 8:00 PM. Oct. 29: Wednesday Night Folk. Brian Baggett. Brian is one of only 7000 Chapman Stick players in the world. Don`t miss this rare opportunity to hear original compositions and uniquely arranged standards. 9:00 PM. Oct. 31: Bushwakker Celtic Halloween Party. What a Friday night this will be! Rollicking Celtic reels from The Tilted Kilts, Great Pumpkin Spiced Brown Ale on tap and a Halloween costume contest where the winner will receive a $100 Bushwakker gift card. $5 cover charge. Sat. Nov. 1: Tickets Go On Sale to the November 29th Bushwakker Single Malt Scotch Tasting Event. One of our most highly anticipated events of the year! Only 150 tickets will be made available at $74.94 each at 11:00AM sharp! Enjoy six special imported single malt scotches, highland dancing and a pipe band performance from the Regina Police Pipes & Drums with members of The Fraser Pipe Band. This year’s single malt offerings include: The Dalmore 15 year, Auchentoshan Valinch 2012 limited release, Isle of Jura Prophecy, Longrow Red 11 year Australian Shiraz Cask, Pittyvaich 18 year and the Glendronach Cask Strength A Batch #3.  A special meal, using Single Malt Scotches, will also be available that evening. Orkney Island Poached Egg A poached egg served on crostini made with Highland Park. Topped with a peppercorn marinated pork belly and roasted pumpkin seeds Macallan Ham Hocks Tender  ham hock braised in Macallan and served with barley risotto, charred cherry tomatoes and kale crisps.    $28.95 White Chocolate Bread Pudding A moist and rich bread pudding made with Bernard Callibault white chocolate chunks and toasted pecans. Drizzled with a scotch infused raisin caramel sauce and served with Glenmorangie vanilla bean ice cream. Pure decadence!    $8.95 We have received many inquiries about the ticket release date this year. All tickets should be gone in a few hours. Don’t delay! Nov. 3: Monday Night Jazz & Blues. The U of R Jazz Band. Come see some of Regina’s future jazz stars. 8:00 PM. Nov. 5: Monthly ALES Meeting. One of the top amateur home brewing clubs in the country continues to attract more and more new members. If you are interested in getting into the art of home brewing or would like to improve your skills, come down to the Bushwakker basement clubroom at 8:00 PM and sit in on a meeting. This month’s topic of presentation is High gravity brewing; Barleywine. Nov. 5: Wednesday Night Folk. MYLA. Multi-award winning singer/songwriter/guitarist performs her acoustic soul/jazz/fusion set with pianist Dan Flagal. 9:00 PM. Nov. 7: First Firkin Friday. Don’t miss the pomp and circumstance as a piper from The Fraser Pipe Band leads a small keg of specially created beer (the firkin) in a procession throughout the pub. A volunteer is selected to tap the firkin and delicious suds tend to soak all those in near proximity. Tapping takes place at 5:30 PM and the pub is generally quite full by 4:00 PM. Don’t miss this great longstanding Bushwakker tradition! Nov. 8: Riders vs Eskimos. Our beloved Team Green will be looking to avenge their 24-19 recent home game loss to Edmonton. We open at 11:00 AM and kickoff is at 6:00 PM. Be sure to stop by The Bushwakker before, during or after the game and enjoy our Eskimo Burger & a Pint game day feature. Think of it as “devouring” the competition! Nov. 10: Monday Night Jazz & Blues. Whiteboy Slim. Toronto Exclusive Magazine Music Awards best blues artist, best blues CD and best blues song. 8:00 PM. Nov. 11: Open at noon on Remembrance Day. 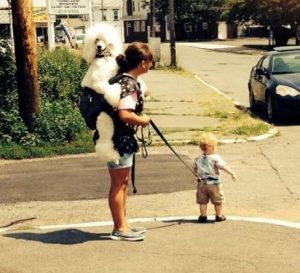 Mam, it’s usually done the other way around.

A man and woman were married for many years.  Whenever there was a confrontation, yelling could be heard deep into the night.  The old man would shout, "When I die, I will dig my way up and out of the grave and come back and haunt you for the rest of your life!" Neighbors feared him.  The old man liked the fact that he was feared.  Then one evening, he died when he was 98.  After the burial,  her neighbors, concerned for her safety, asked, "Aren't you afraid that he may indeed be able to dig his way out of the grave and haunt you for the rest of your life?" The wife said,  " Let him dig. I had him buried upside down...and I know he won't ask for directions." Petro, originally from a small Saskatchewan town, walked into a bank in Toronto and asked for the loans officer. He told the loans officer that he was going back to Saskatchewan on business for two weeks and needed to borrow $5,000. However he was not a depositor of the bank. The bank officer told him that the bank would need some form of security for the loan, so Petro handed over the keys to a new Ferrari. The car was parked on the street in front of the bank. He produced the title and everything checked out. The loan officer agreed to hold the car as collateral for the loan and apologized for having to charge 12% interest. Later, the bank's president and its officers all enjoyed a good laugh at Petro for using a $250,000 Ferrari as collateral for a $5,000 loan. An employee of the bank then drove the Ferrari into the bank's underground garage and parked it. Two weeks later, Petro returned, repaid the $5,000 and the interest of $23.07. The loan officer said, 'Sir, we are very happy to have had your business, and this transaction has worked out very nicely, but we are a little puzzled. While you were away, we checked you out and found that you are a multimillionaire. What puzzles us is, why would you bother to borrow $5,000?' Petro replied: 'Where else in Toronto can I park my car for two weeks for only $23.07 and expect it to be there when I return?'

Could beer become as popular as wine in top restaurants?

By: Simon Gwynn  September 2014 You arrive in Mayfair at Michel Roux Jr's exclusive two Michelin-starred restaurant, Le Gavroche. You enter the plush, refined surroundings of the upstairs bar, hand over your coats, and are shown to your table, where a waiter arrives and says: "Good evening, sir, madam. Would you care to see the beer list?" If the scenario seems a little absurd, well, we're not quite there yet. Le Gavroche, a true institution of classic French cuisine, offers a wine menu which at last count ran to 2,523 options, from a £7 glass of house white to a bottle of 1849 Château d'Yquem, at £19,450. But tucked away at the back of the weighty book is a single page of "Beer by the Bottle". David Galetti knows this menu inside out. As head sommelier, he must be able to suggest a wine for every dish on the menu. But increasingly, he needs to cater to customers looking to try something different. In the past few years, he says, the demand for beer at the restaurant has rocketed: more than four times as many bottles were sold in 2013 as in 2011. "We used to be very focused on wine only, but things change – as with gastronomy in general," says Galetti. Le Gavroche introduced its beer list in 2007, and it has grown, he says, in response to customer demand. "We're always very interested when people ask about a product we don't have," he explains. "Beer was one of those things." The list now offers a relatively modest 13 choices, each a different style. The current bestseller, by some distance, is the house Roux Brew – a Belgian-style witbier made by the south London brewery Fourpure, which won a competition held by the restaurant this spring. "We have our own Cognac, our own Armagnac, our own Calvados," Galetti explains, "and people were asking if we had our own beer." The restaurant now plans to hold a fresh contest every six months, to allow it to offer a seasonal product. Le Gavroche's bestselling witbier, Roux Brew (Pal Hansen) Galetti hails from the eastern French department of Jura, and knew from a young age that gastronomy was his raison d'être. He's been at Le Gavroche for 13 years, and head sommelier for the past six. A glowing enthusiasm seeps out from behind his hushed persona, and extends equally to his beer – which he is adamant is as good a complement to the menu as wine. He adds that beer can actually be "more precise" than wine, thanks to the range of ingredients it is increasingly made with: fruit, chocolate, herbs and spices. The changes at Le Gavroche reflect a food scene that is starting to take beer seriously. One organisation behind the push is education body the Beer Academy, which trains and accredits beer sommeliers – among them, Sophie Atherton, who calls them "beer ambassadors". Ed. Note: In North America a beer expert is called a “cicerone”. 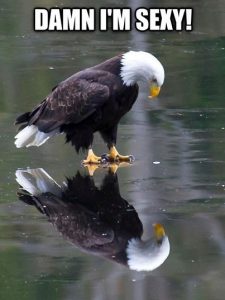