Our premium wine features for October are from the Santa Margherita Winery in Tuscany, Italy. The red is Chianti Classico D.O.C.G. (Sangiovese). The white is Pinot Grigio Valdadige D.O.C. Both are $8.95 for a glass and $26.95 for a half litre. Our guest import draught tap is currently pouring the Nokomis Wheat Ale from Nokomis Craft Ales in Nokomis, Saskatchewan. $7.95 for a pint. Next up is the Le Trou Du Diable Punkrauch Smoked Beer from Quebec.

Oct. 13: Closed For The Holiday. Happy Thanksgiving! Oct. 15: Wednesday Night Folk. Tanner James Trio. Calgary group plays folk rock and alt-country with an element of old time storytelling. Think Corb Lund meets Joel Plaskett. 9:00 PM. Oct. 16: Science Pub edition # 25. A very special DOUBLE LECTURE FEATURE edition of Science Pub presented by The University of Regina Faculty of Science and The Bushwakker Brewpub. Enjoy lectures on scientific topics of general interest in our Arizona Room (main floor banquet room) over beer and snacks. The room opens at 5:00 PM and quite often is full by 6:00 PM. Avoid disappointment and come down early for dinner and a pint before the presentation which begins at 7:00 PM. This month's arts and science lectures are courtesy of The Dunlop Art Gallery. The first lecture will be from Robert Truszkowski from the U of R Faculty of Fine Arts and is entitled, Carl Sagan And Me: My (Pretend) Life In Physics. The second lecture will be from Risa Horowitz who is also from the U of R Faculty of Fine Arts and the lecture is entitled, Fumbling Through The Cosmos: Amateur Astronomy As A Critical Method Of Art Making. Don`t miss what promises to be one of the most unique editions of Science Pub to date! Oct. 18: Annual Great Pumpkin Spiced Brown Ale Release. The popularity of this autumn specialty Bushwakker brew continues to grow and we hope to meet the demand this year. For the first time ever we will brew a double batch of our pumpkin beer. One tank will be served on tap and the other will be bottled. Only 200 six packs will be made available and will go on sale at 11:00 AM. Limit of 12 bottles per person. Last year we released the take home bottles on two separate dates and on both occasions the bottles were sold out in minutes. Cinnamon, nutmeg, fresh ginger, vanilla and cloves make for a delicious ale that tastes just like pumpkin pie. We do expect a line-up that morning so plan to arrive a bit early to avoid disappointment. Oct. 19: Eskimos vs. Riders. Ever wonder what it is like to be at The Bushwakker on a Rider home game Sunday?  This is your last opportunity of the year. Enjoy our Eskimo Burger & a Pint feature before, during or after the game. Kick-off is at 2:00 PM and we will open at 11:00 AM. Come offer the Riders your symbolic support by `devouring` the competition. Go Riders go! Oct. 20: Monday Night Jazz & Blues. `round Midnight. Popular band plays popular jazz and adult contemporary tunes. 8:00 PM. Oct. 22: Wednesday Night Folk. Bradford. Brad Papp is once again reunited with talented musician, Mark Radford. 9:00 PM. Oct. 27: Monday Night Jazz & Blues. Call Me Mildy. Local act plays original alternative blues. 8:00 PM. Oct. 29: Wednesday Night Folk. Brian Baggett. Brian is one of only 7000 Chapman Stick players in the world. Don`t miss this rare opportunity to hear original compositions and uniquely arranged standards. 9:00 PM. Oct. 31: Bushwakker Celtic Halloween Party. What a Friday night this will be! Rollicking Celtic reels from The Tilted Kilts, Great Pumpkin Spiced Brown Ale on tap and a Halloween costume contest where the winner will receive a $100 Bushwakker gift card. $5 cover charge. 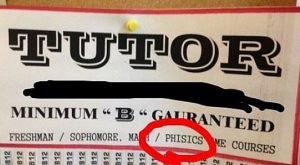 Love it or hate it, pumpkin beer has become a fall staple;seasonal treat or crime against nature?

09/30/2014 | ConsumerAffairs    By Mark Huffman October used to be all about Halloween and pumpkins. For some beer drinkers, it's still all about pumpkins, but it has little to do with Halloween. Walk down the beer aisle at your favorite supermarket and you see a splash of new inventory – pumpkin beer, or ale. According to Beer Advocate, these seasonal ales are quite varied. In fact, brewers go about adding pumpkin flavor to their brews in different ways. Some actually cut up pumpkins and add them to the mash. Others use puree or pumpkin flavoring.

There are also spices not normally associated with beer – things like ginger, nutmeg, cloves, cinnamon and allspice. Pumpkin Ales are usually described as mild, with little or no bitterness. They're valued for their malty backbone and the spice that often takes the lead. “In our opinion, best versions use real pumpkin, while roasting the pumpkin can also add tremendous depth of character for even better results, though both methods are time-consuming and tend to drive brewmasters insane,” Beer Advocate opines. But is beer a proper place to put a pumpkin?

The Boston Globe notes that pumpkin beer can be a polarizing topic this time of year. Some beer lovers can't get enough of it. Some can't stand the thought of it. “Not interested in drinking pumpkin beer for any reason,” the paper quotes one beer drinker emphatically saying. But enough beer drinkers like the concoction sufficiently to make pumpkin beer highly profitable. Nearly every craft brewer puts out a product this time of year. Samuel Adams describes its Harvest Pumpkin Ale this way: “Real pumpkin & warming spices like ginger, cinnamon & nutmeg give this brew a smooth, hearty, and inviting character perfect for the crisper days of fall.” Blue Moon says it first started brewing pumpkin ale in 1995, noting that Oktoberfest beers were flying off the shelves. “For our version, we wanted to create a beer that was a little different than what was already out there and complemented the season by highlighting the flavors we’ve all grown to love during this time,” the company says. “It was so popular that it became the first nationally available pumpkin ale.” Blue Moon now calls its product “Harvest Pumpkin Ale” and brews it with pumpkin and spices of cinnamon, nutmeg, cloves, and allspice. While craft brewers may think they invented the drink, pumpkin ales apparently go way back in America. An 1801 publication included pumpkin in a list of ingredients for some types of early beers. It noted that pumpkin was often added for health benefits – allowing pumpkin ale drinkers to truthfully say they are drinking it purely for medicinal purposes. 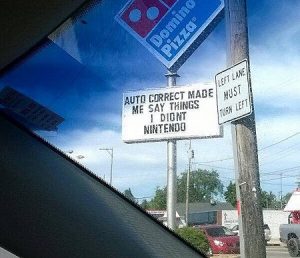 Law of Mechanical Repair: After your hands become coated with grease your nose will begin to itch or you'll have to pee. Law of probability: The probability of being watched is directly proportional to the stupidity of your act. Law of the Telephone: When you dial a wrong number, you never get a busy signal. Law of the Alibi: If you tell the boss you were late for work because you had a flat tire, the very next morning you will have a flat tire. Variation Law: If you change lines (or traffic lanes), the one you were in will start to move faster than the one you are in now. (works every time) Bath Theorem: When the body is fully immersed in water, the telephone will ring. Law of Close Encounters: The probability of meeting someone you know increases when you are with someone you don't want to be seen with. Law of the Result: When you try to prove to someone that a machine won't work, it will. Theatre Rule: At any event, the people whose seats are furthest from the aisle arrive last. Law of Coffee: As soon as you sit down to a cup of hot coffee, someone will ask you to do something which will last until the coffee is cold. Murphy's Law of Lockers: If there are only two people in a locker room, they will have adjacent lockers. Law of Dirty Rugs/Carpets: The chances of an open-faced jelly sandwich landing face down on a floor covering are directly correlated to the newness and cost of the carpet/rug. Wilson's Law: As soon as you find a product that you really like, they will stop making it. My mind works like lightning. One brilliant flash and it is gone. The only time the world beats a path to your door is if you're in the bathroom. My neighbor was bit by a stray rabid dog. I went to see how he was and found him writing frantically on a piece of paper. I told him rabies could be treated, and he didn't have to worry about a Will. He said, "Will? What Will? I'm making a list of the people I want to bite."

The following is from our October artist, and former Bushwakker server, Katie Marie Strong: I am a self-taught artist, working primarily in portraiture. A large part of my practice is represented through my love of catching and representing raw, un-staged emotion. This presents a unique challenge to both my work as an artist and to those I depict, as it questions what is more true, the self-presentation we plan or the moments we are caught with our guards down.
My inspiration comes from my personal life, and as I am driven by emotion, so are my works. This is why I choose to work in Black and White and why I choose graphite as my medium. Particularly for the dark contrast  that can be created through tone and the avidly to change/ mold a drawing as I see fit. My works presented currently are a combination of two series. One, being my own creative pieces. These are a reflection and need to express my own everyday life experiences, chaos/beliefs and emotions. The second, is a brief introduction into my series “Ugly Famous”. Ugly Famous is a close up examination of expressions that lack the glamour and gloss that society demands of personal representation, on some of the most recognizable faces of the past and present. This  series aims to alter the predetermined reality of people who often only exist through a “staged” lens  who are often represented as characters.  I want all of my works to challenge the notion of what is real and the simplistic beauty in raw emotion. Enjoy