Our premium wine features for October are from the Santa Margherita Winery in Tuscany, Italy. The red is Chianti Classico D.O.C.G. (Sangiovese). The white is Pinot Grigio Valdadige D.O.C. Both are $8.95 for a glass and $26.95 for a half litre. Our guest import tap now offers our second offering from the new Nokomis microbrewery. A brown ale for $7.95 a pint.  Up next will be the Nokomis American Wheat Ale. The top bull riding bull in the Professional Bull Rider’s circuit is named Bushwacker. He has bucked off 94% of those who would try to ride him. 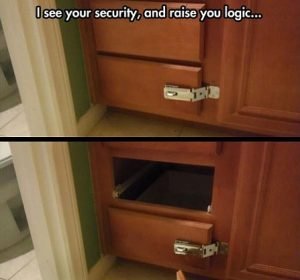 Oct. 3: First Firkin Football Friday. Get ready for one of the busiest Bushwakker Friday Happy Hours of the year!! Not only will we be presenting our longtime monthly tradition featuring a small keg of specially created beer which will be lead throughout the pub at 5:30 PM by a piper from The Fraser Pipe Band and then tapped by an unsuspecting volunteer who will most likely soak all the nearby onlookers with delicious suds…but we will also be offering our Stampeder Burger and a Pint feature in recognition of the Riders` worthy adversaries visiting Mosiac Stadium. Enjoy our home game football feature before, during or after the game. Go Riders go! Oct. 6 – 11: Bushwakker Oktoberfest Week. The official Oktoberfest celebration in Munich will just be ending and the Bushwakker week-long Oktoberfest celebration will begin. Enjoy a unique German-themed meal special every day of the week as well as a pint of our Bushwakker brewed Oktoberfest lager, Harvest Lager. We will also have a specially imported keg of Hacker Pshorr Weissbier from Germany on tap. Prosit! Oct. 6: Monday Night Jazz & Blues. Whiteboy Slim. Toronto Exclusive Magazine Music Awards best blues artist, best blues CD and best blues song. 8:00 PM. Oct. 8: Wednesday Night Folk. Billarney. Bill O`Shea leads this large group that plays traditional Celtic and a bit of Old Time too! 9:00 PM. Oct. 13: Closed For The Holiday. Happy Thanksgiving! Oct. 15: Wednesday Night Folk. Tanner James Trio. Calgary group plays folk rock and alt-country with an element of old time storytelling. Think Corb Lund meets Joel Plaskett. 9:00 PM. Oct. 16: Science Pub edition # 25. A very special DOUBLE LECTURE FEATURE edition of Science Pub presented by The University of Regina Faculty of Science and The Bushwakker Brewpub. Enjoy lectures on scientific topics of general interest in our Arizona Room (main floor banquet room) over beer and snacks. The room opens at 5:00 PM and quite often is full by 6:00 PM. Avoid disappointment and come down early for dinner and a pint before the presentation which begins at 7:00 PM. This month's arts and science lectures are courtesy of The Dunlop Art Gallery. The first lecture will be from Robert Truszkowski from the U of R Faculty of Fine Arts and is entitled, Carl Sagan And Me: My (Pretend) Life In Physics. The second lecture will be from Risa Horowitz who is also from the U of R Faculty of Fine Arts and the lecture is entitled, Fumbling Through The Cosmos: Amateur Astronomy As A Critical Method Of Art Making. Don`t miss what promises to be one of the most unique editions of Science Pub to date! Oct. 18: Annual Great Pumpkin Spiced Brown Ale Release. The popularity of this autumn specialty Bushwakker brew continues to grow and we hope to meet the demand this year. For the first time ever we will brew a double batch of our pumpkin beer. One tank will be served on tap and the other will be bottled. Only 200 six packs will be made available and will go on sale at 11:00 AM. Limit of 12 bottles per person. Last year we released the take home bottles on two separate dates and on both occasions the bottles were sold out in minutes. Cinnamon, nutmeg, fresh ginger, vanilla and cloves make for a delicious ale that tastes just like pumpkin pie. We do expect a line-up that morning so plan to arrive a bit early to avoid disappointment. Oct. 19: Eskimos vs. Riders. Ever wonder what it is like to be at The Bushwakker on a Rider home game Sunday?  This is your last opportunity of the year. Enjoy our Eskimo Burger & a Pint feature before, during or after the game. Kick-off is at 2:00 PM and we will open at 11:00 AM. Come offer the Riders your symbolic support by `devouring` the competition. Go Riders go! Oct. 20: Monday Night Jazz & Blues. `round Midnight. Popular band plays popular jazz and adult contemporary tunes. 8:00 PM. Oct. 22: Wednesday Night Folk. Bradford. Brad Papp is once again reunited with talented musician, Mark Radford. 9:00 PM. Oct. 27: Monday Night Jazz & Blues. Call Me Mildy. Local act plays original alternative blues. 8:00 PM. Oct. 29: Wednesday Night Folk. Brian Baggett. Brian is one of only 7000 Chapman Stick players in the world. Don`t miss this rare opportunity to hear original compositions and uniquely arranged standards. 9:00 PM. Oct. 31: Bushwakker Celtic Halloween Party. What a Friday night this will be! Rollicking Celtic reels from The Tilted Kilts, Great Pumpkin Spiced Brown Ale on tap and a Halloween costume contest where the winner will receive a $100 Bushwakker gift card. $5 cover charge. 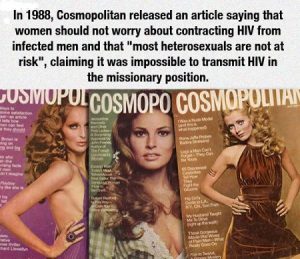 By Gabriel Dohrn   Published on Sep 26, 2014  A new pull-no-punches campaign ad sheds light on Governor John Hickenlooper’s impressive track record as Governor and lover of Colorado beer. It asks an important question with a surprising answer for the state’s voters. A hard-hitting ad from The Brew Night Show with Marty Jones and Citizens Brewnited. Click on the icon above to see a fun video about Colorado Governor John Hickenlooper. Bushwakker’s original brewer, Scott Robertson, worked in John’s brewery and stayed with John as part of his original training.

1. A bicycle can't stand alone because it is two-tired. 2. What's the definition of a will? (It's a dead giveaway). 3. Time flies like an arrow. Fruit flies like a banana. 4. A backward poet writes inverse. 5. In democracy it's your vote that counts; In feudalism it's your count that votes. 6. She had a boyfriend with a wooden leg, but broke it off. 7. A chicken crossing the road is poultry in motion. 8. If you don't pay your exorcist you get repossessed. 9. With her marriage she got a new name and a dress. 10. Show me a piano falling down a mine shaft and I'll show you A-flat minor. 11. When a clock is hungry it goes back four seconds. 12. The man who fell into an upholstery machine is fully recovered. 13. A grenade thrown into a kitchen in France would result in Linoleum Blownapart. 14. You feel stuck with your debt if you can't budge it. 15. Local Area Network in Australia: the LAN down under. 16. He often broke into song because he couldn't find the key. 17. Every calendar's days are numbered. 18. A lot of money is tainted. 'Taint yours and 'taint mine. 19. A boiled egg in the morning is hard to beat. 20. He had a photographic memory which was never developed. 21. A plateau is a high form of flattery. 22. The short fortune teller who escaped from prison was a small medium at large. 23. Those who get too big for their britches will be exposed in the end. 24. When you've seen one shopping center you've seen a mall. 25. Those who jump off a Paris bridge are in Seine. 26. When an actress saw her first strands of gray hair she thought she'd dye. 27. Bakers trade bread recipes on a knead to know basis. 28. Santa's helpers are subordinate clauses. 29. Acupuncture is a jab well done. 30. Marathon runners with bad footwear suffer the agony of defeat. 1. I used to eat a lot of natural foods until I learned that most people die of natural causes. 2. There are two kinds of pedestrians: the quick and the dead. 3. Life is sexually transmitted. 4. Healthy is merely the slowest possible rate at which one can die. 5. The only difference between a rut and a grave is the depth. 6. Health nuts are going to feel stupid someday, lying in hospitals dying of nothing. 7. Have you noticed since everyone has a camcorder these days no one talks about seeing UFOs like they used to? 8. Whenever I feel blue, I start breathing again. 9. If Jimmy cracks corn and no one cares, why is there a song about him? 10. Why does your OB-GYN leave the room when you get undressed if they are going to look up there anyway? 11. If quizzes are quizzical, what are tests? 12. Why doesn't glue stick to the inside of the bottle? 13. Does pushing the elevator button more than once make it arrive faster?