Our premium wine features for October are from the Santa Margherita Winery in Tuscany, Italy. The red is Chianti Classico D.O.C.G. (Sangiovese). The white is Pinot Grigio Valdadige D.O.C. Both are $8.95 for a glass and $26.95 for a half litre. Our guest import tap now offers Adnams Broadside strong ale from England. $8.95 for a pint. After that we will tap our second offering from the new Nokomis microbrewery. A brown ale for $7.95 a pint. We now offer a new beer, Seems Legit Milk Stout. “Seems Legit” is the name of an amateur brewing club in Surrey B. C. Alvaro Reyes is a member of that club. The aforementioned beer was entered by him in the ALES Open brewing Competition, which is the largest amateur brewing competition in Canada and success at this competition, is a gateway to participation in international competitions. It is held annually at the Bushwakker. His beer took gold, best of show. The brewer of the best-of-show gold gets to brew a commercial size version of his beer at the Bushwakker, and Alvaro flew in from Surrey and brewed his beer in our brewery last May 3. It’s been maturing ever since. It’s been getting rave reviews from everybody. If you wish to get your pint, don’t wait! If you intended to watch the Regina edition of Pizza Wars on the CMT network, we hope that you found out in time that it was to air at 6:00 PM , not 7:00 PM as was posted on the program’s website and which we erroneously passed on to you. We fixed the error on our facebook page and within this newsletter but of course you may not have check either in time. FYI, Tumbler’s won. 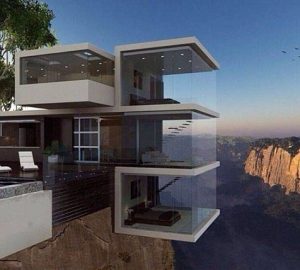 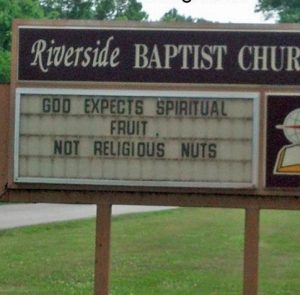 Beer Here! DIA Will Host a Beer Garden in the Main Terminal

By Patricia Calhoun Wed., Sep. 10 2014 That's right: Beer Flights at Denver International Airport, presented by the Colorado Lottery, will start pouring at 11 a.m. on Friday, September 19, and the beer will keep flowing through Sunday, October 4. Inspired by both Oktoberfest and the Great American Beer Festival, the beer garden will occupy a fenced-off section in the center of the main terminal, with eight picnic tables and ten tables featuring Colorado craft brewers: Avery, Breckenridge, Bristol, Dry Dock, Left Hand, New Belgium, Odell, Telluride, Ska and Pug Ryan's; all but the last two already have a presence at DIA. Ten bucks buys you admission to Beer Flights, where you'll get a commemorative glass and can then sample two ounces of each brewery's craft beer (the choices have yet to be determined). The garden will be open from 11 a.m. to 7 p.m. seven days a week, until the GABF leaves town. Yes, there will be beer garden-friendly snacks -- Southwest has donated bags of pretzels -- and DIA promises appropriate live entertainment during peak travel times, including oompah bands. And this isn't DIA's only beer-related amenity. A temporary exhibit, Colorado on Tap: The State of Brew Culture, will open September 20 in Ansbacher Hall on the walkway to Concourse A, where it will remain through December. "The goal of this exhibit is to provide passengers an opportunity to better understand the craft beer industry and its contributions to the Colorado creative economy," says Chris Stevens, DIA Art & Culture program manager. The display will feature not just information on the booming craft-beer industry -- including its most famous representative, Governor John Hickenlooper -- but an assortment of artifacts from Colorado breweries, including custom art, tap handles, glasses and growlers...empty, sadly. We're still dreaming of the day when a smart entrepreneur opens a shop on one of the concourses (conveniently past security) that will sell six-packs of Colorado craft beer that travelers can take home as series. Sadly, this remains a true mountain mirage.

Two rather shady brothers used their money to keep their disreputable ways from the public eye. They even attended the same church, and tried to create the perception that they were upstanding members of the community. Then their pastor retired, and a new one was hired. Not only could he see right through the brothers' deception, but he also spoke well and true, and the church started to swell in numbers. A fund-raising campaign was started to build a new assembly. Soon after one of the brothers died. The remaining brother sought out the new pastor the day before the funeral and handed him a check for the amount needed to finish paying for the new building. "I have only one condition," he said. "At his funeral, you must say my brother was a saint." The pastor gave his word, and deposited the check. The next day, at the funeral, the pastor did not hold back. "He was an evil man," he said. "He cheated on his wife and abused his family." After going on in this vein for a small time, he concluded with, "But, compared to his brother, he was a saint."