Our premium wine features for September are Pelee Island Lucky Stones VQA Wines from Ontario.  The white is a Sauvignon Blanc/Chardonnay/Scheurebe and the red is a Baco Noir/Cabernet Franc.  Both are $7.95 for a glass and $22.95 for a half litre. Our guest import tap now offers Paddock Wood’s Charybdis Hop Burst from Saskatoon.  $7.95 for a pint. The producers of Pizza Wars, a County Music Television program, spent some time during the summer catching some program material about our Pulled Pork and Apple Pizza. The fall season for the program begins at 7:30 PM, September 22. We don’t know if or when the Bushwakker segment will air. Work on the washrooms continues. The washrooms in the AZ room will normally be available when either the main men’s or women’s is not available.  However, in the event that a function has been booked into the AZ room (It’s hard to predict when both the AZ and the main room washrooms will be unavailable) there is a washroom east of the back entrance to the Bushwakker and another downstairs off the Club Room to the right of the stairs

Sept. 15: Monday Night Jazz & Blues. The Ministry of Groove. Large band plays great 1970’s jazz funk and beyond. 8:00 PM. Sept. 17: Wednesday Night Folk. James Gates. Smooth vocals & dynamic guitar in the style of Mayer and Matthews. 9:00 PM. Sept. 18: Science Pub edition #24 – The Economics of Beer.  Presented by The University of Regina Faculty of Science and The Bushwakker Brewpub. Our wildly popular monthly Science Pub Series kicks off for the 2014/2015 season. Enjoy lectures on scientific topics of general interest in our Arizona Room (main floor banquet room) over beer and snacks. The room opens at 5:00 PM and quite often is full by 6:00 PM. Avoid disappointment and come down early for dinner and a pint before the presentation which begins at 7:00 PM. This month's lecture is entitled The Economics of Beer and will be presented by Jason Childs from the Department of Economics. Sept. 21: Ottawa Redblacks vs. Saskatchewan Roughriders. It only happens a few times each year but this will be one of those rare Sundays when the Bushwakker will be open. Kick-off is at 2:00 PM and we will open at 11:00 AM. Be sure to enjoy our Redblack Burger & a Pint feature before, during or after the game. Go Riders go! Sept. 22: Monday Night Jazz & Blues. Shane & Ethan Reoch. Regina’s friendliest bluesman is joined by his son. 8:00 PM. Sept. 24: Wednesday Night Folk. Phantom Tide. An eclectic folk group with a pervasive Maritime sway. 9:00 PM. Sept. 29: Monday Night Jazz & Blues. The Jon Dyck Quartet. Talented ivory tickler leads this young jazz/R&B group. 8:00 PM. Oct. 18: Release of Great Pumpkin Spiced Brown Ale.

By JULIE TURKEWITZ SEPT. 4, 2014 CRESTED BUTTE, Colo. — Workers have been busy in this bucolic, out-of-the-way ski town: The streets have been painted blue, as have the light poles. Blue props and fencing have been hauled in, rendering the place almost unrecognizable. And as final preparations take place for a three-day party, many residents are fuming, cursing the town for approving a clandestine deal to let a giant beer company turn it into a living advertisement in exchange for $500,000. “This is a mistake,” said David Rothman, 55, who moved to Crested Butte 20 years ago, of the decision to let Anheuser-Busch take over the town to film a beer commercial. “Frankly, it’s vulgar and it’s cheap.” On Friday, the company will fly in 1,000 young adults for a weekend of spring-break-style revelry, a stunt designed to publicize Bud Light. The town’s main thoroughfare, Elk Avenue, has been adorned with outdoor hot tubs, a sand pit, concert lights and a stage. Restaurants and hotels have been stripped of many local markings and given beer-branded umbrellas and signs instead. When the filming starts, drinks will be unlimited, access to the main street will be restricted to people with company-issued bracelets, and beautiful, mountain-ringed Crested Butte will be rebranded as “Whatever, U.S.A.” “This town is already built for this exact type of event,” said Nick Kelly, a spokesman for Anheuser-Busch. Not so, say many residents. Not only do they object to the decision to rent out the town, but also to the secrecy with which the deal was arranged. Word of the agreement leaked out in late August. After a contentious town meeting and huge blowback from the community, Anheuser-Busch doubled its cash offer, which had originally been $250,000. “This is a dangerous door to open for our little community,” said Eliot Rosenberg, 26, a bike mechanic who rides with the mayor but criticized him for “letting the money talk.” “Who is going to come knocking next when they know that we’re open to roll over for a half-million dollars?” Another vocal opponent is Tim Wirth, a former United States senator who lives here. “The town government is not elected to turn the town into a weekend beer hall, using public resources and public property,” he wrote in a letter to the Town Council. Town officials say they welcome the revenue and jobs the event will bring. Crested Butte’s annual budget is just $10 million, and the half-million from Anheuser-Busch — which the company is calling a donation — will be used for a yet-to-be-determined capital project. As for keeping the plans secret, Mayor Aaron Huckstep said that officials were worried that news of the event would bring an onslaught of outsiders. From his office above a pizza shop, Mayor Huckstep, in flip-flops and shorts, apologized for the secrecy but defended his decision to approve the event. “It is not every day that you have a company that comes in and says: ‘We want to donate half a million to your community. We want to hire your locals. We want to work with your bars and restaurants,’ ” he said. He and other residents say the event will bring a much-needed infusion of cash during the shoulder season, the time when summer visitors have left and winter ones have not yet arrived. The year-round population is only 1,500, and many people work two or three jobs to make ends meet. As in many vacation towns, affordable housing is increasingly scarce, according to town officials. 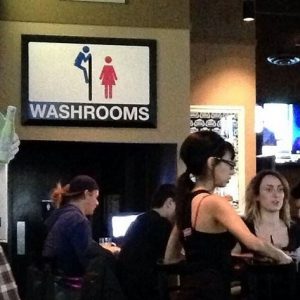 Here are two surprises for the price of one: first, they don’t roll up the sidewalk at Sunset in Saskatchewan; second, the Dewdney Strip, in Regina’s historic Warehouse District. This area abounds in night clubs, billiards parlours, pubs and one absolute must-do if you drink anything stronger than soda water: Bushwakker Brewpub. The Bushwakker, it should be noted, is no ordinary drinking establishment. Vacay.ca has rated it the very best brewpub in Canada.  One of the offerings they brew on site – their Pale Ale – was recently rated the best in its class at the Canadian Brewing Awards. Downright rollicking on almost any given night, they feature regular live entertainment in the wood-highlighted interior that boasts windows for watching the brewing process while you imbibe the finished product. They have a range of beers comprising a list that tops thirty brews, and their menu is best described as gourmet meets pub fare. On top of all their other kudos, they’ve been rated as serving Regina’s best burger; nice praise, but it begs a key question. With a selection of beers like the liquid libations of the Bushwakker, why fill up on food?

On the first day of college, the Dean addressed the students, pointing out some of the rules. "The female dormitory will be out-of-bounds for all male students, and the male dormitory to the female students. Anybody caught breaking this rule will be fined $20 the first time." He continued, "Anybody caught breaking this rule the second time will be fined $60. Being caught a third time will incur a hefty fine of $180. Are there any questions?" At this point, a male student in the crowd inquired: "How much for a season pass?" Early one morning, a mother went in to wake up her son. "Wake up, son. It's time to go to school!" "But why, Mom? I don't want to go." "Give me two reasons why you don't want to go." "Well, the kids hate me for one, and the teachers hate me also!" "Oh, that's no reason not to go to school. Come on now and get ready." "Give me two reasons why I should go to school." "Well, for one, you're 52 years old. And for another, you're the PRINCIPAL!" Curly is appearing for his University final examination which consists of Y/N type questions. He takes his seat in the examination hall, stares at the question paper for five minutes, and then in a fit of inspiration takes his wallet out, removes a coin and starts tossing the coin and marking the answer sheet - Y for Heads and N for Tails. Within half an hour he is all done whereas the rest of the class is sweating it out. During the last few minutes, he is seen desperately throwing the coin, swearing and sweating. The invigilator, alarmed, approaches him and asks what is going on. "Oh, I finished the exam in half an hour." he says, "Now I am rechecking my answers." A child in class, when asked to draw a picture of the Holy Family, produced a picture in which Mary and the baby sat on a recognisably donkeyish steed, led by Joseph. on the ground nearby lay a black blob. "What is that?" asked the teacher. "The flea," answered the artist. "What flea, dear?" asked the puzzled teacher. "The one the Angel told Joseph to take." Eventually, puzzled but not liking to challenge an imaginative child, the teacher checked out her Bible. And there it was : Matthew 2:13 "......the angel of the Lord saying, Arise, and take the young child and his mother, and flee into Egypt..........." The day care teacher holds up a picture and asks, "What's this?" "A horsy," one child answers. "And this?" the teacher asks. "A piggy," replies another youngster." And now this one?" asks the teacher, holding up a picture of a male deer with a beautiful rack of antlers. There was no answer, only total silence. "Come now, children," she coaxes, "I'll give you a little hint". What does your Mommy call your Daddy when he hugs and kisses her a lot? "I know! I know!!" exclaims one little girl. "It's a horny bastard!" "What's the difference between a nail, a screw and a bolt?" the woodwork teacher asked Judi, the only girl in the woodwork class during the first day of school. Judi pondered the question for a moment, then replied, "Well, I can't rightly say as I know, 'cause I ain't never been 'bolted'."

Our weekend Seafood Feature is a Bushwakker Seafood Boil. $15.95