Our premium wine features for September are Pelee Island Lucky Stones VQA Wines from Ontario.  The white is a Sauvignon Blanc/Chardonnay/Scheurebe and the red is a Baco Noir/Cabernet Franc.  Both are $7.95 for a glass and $22.95 for a half litre. Our guest import tap now offers Prairie Sun Yukaflux Belgian-style  fruit-ale from Saskatoon.  $7.95 for a pint. Work on the washrooms continues. The washrooms in the AZ room will normally be available when either the main men’s or women’s is not available.  However, in the event that a function has been booked into the AZ room (It’s hard to predict when both the AZ and the main room washrooms will be unavailable) there is a washroom east of the back entrance to the Bushwakker and another downstairs off the Club Room.

Sept. 5: First Firkin Friday. Enjoy the pomp and circumstance as a small keg (firkin) of specially crafted beer is lead in a procession throughout the pub by a piper from The Fraser Pipe Band. Bushwakker head brewer, Mitch Dalrymple has been creating some fairly aggressive offerings lately. We eagerly await his September brew. A volunteer is selected to tap the firkin with a handmade wooden maul affectionately named, The Mighty Firkin Wakker. Enjoy the potential spectacle of nearby onlookers being soaked with some serious suds! 5:30 PM. Sept. 8: Monday Night Jazz & Blues. ‘round Midnight. Popular band plays popular jazz and adult contemporary tunes. 8:00 PM. Sept. 10: Wednesday Night Folk. Sun Zoom Sparx. Mid-70s ambient rock, funk, jazz fusion and psychedelia. 9:00 PM Sept. 15: Monday Night Jazz & Blues. The Ministry of Groove. Large band plays great 1970’s jazz funk and beyond. 8:00 PM. Sept. 17: Wednesday Night Folk. James Gates. Smooth vocals & dynamic guitar in the style of Mayer and Matthews. 9:00 PM. Sept. 18: Science Pub edition #24 – The Economics of Beer.  Presented by The University of Regina Faculty of Science and The Bushwakker Brewpub. Our wildly popular monthly Science Pub Series kicks off for the 2014/2015 season. Enjoy lectures on scientific topics of general interest in our Arizona Room (main floor banquet room) over beer and snacks. The room opens at 5:00 PM and quite often is full by 6:00 PM. Avoid disappointment and come down early for dinner and a pint before the presentation which begins at 7:00 PM. This month's lecture is entitled The Economics of Beer and will be presented by Jason Childs from the Department of Economics. Sept. 21: Ottawa Redblacks vs. Saskatchewan Roughriders. It only happens a few times each year but this will be one of those rare Sundays when the Bushwakker will be open. Kick-off is at 2:00 PM and we will open at 11:00 AM. Be sure to enjoy our Redblack Burger & a Pint feature before, during or after the game. Go Riders go! Sept. 22: Monday Night Jazz & Blues. Shane & Ethan Reoch. Regina’s friendliest bluesman is joined by his son. 8:00 PM. Sept. 24: Wednesday Night Folk. Phantom Tide. An eclectic folk group with a pervasive Maritime sway. 9:00 PM. Sept. 29: Monday Night Jazz & Blues. Uptown Jazz. Great jazz standards performed by very talented jazz musicians. 8:00 PM. Oct. 18: Release of Great Pumpkin Spiced Brown Ale.

Our September artist is Tina Hudson. The following is her autobiography. Being a born and raised a Saskatchewan girl, I grew up in the small town of Ceylon, Sask.  I spent my last 23 years in Weyburn, Sask. I use Photography to capture reflections of what I See/Vision and turn my ideas into a piece of Art on Paper/Canvas, to ultimately share with all.  Not only am I inspired by the subject, but also in how I can take advantage of the Light and Angles to make the scene come alive. I have always had a love for photography.  The purchase of my 1st digital camera in 2003 set of a spark in me that has yet to be dimmed.  From there, onto an SLR with my best friend (my tripod) , and multiple photo workshops.  There was no holding me back. Many road trips as a passenger gave me the ability to enjoy the landscapes, composing scenes in my memory for future use, to chase the skies, waiting for the perfect sun flare, the amazing sunset, the golden hues and colours to make my photo's come alive. Each day with my camera is an endless opportunity to see what I can create for tomorrow.  There's nothing more exciting than heading out on a beautiful Saskatchewan day to shoot, and then hurry home to download and see what my eye had captured today.  Imagine, all this from a viewfinder? 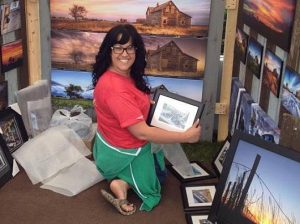 Tina Hudson We’ve extracted some interesting ratings for nearby states and the best and the worst states for craft beer from the following article. The full article contains much more information.

Every state in the USA, ranked by its beer

Published on 8/24/2014 By Ben Robinson and Andy Kryza and Matt Lynch It's a great time to be drinking beer in America. Not that it was ever, you know, a BAD time to be doing that necessarily, but with craft breweries multiplying like rabbits who've been drinking beer, you can literally find some serviceable (if not downright tasty) local brews in all 50 states. Which made the process of ranking them all the more difficult, but we were up to the challenge, especially since it meant drinking and thinking about beer for weeks straight. Here they are, all 50 states in the Union, ranked according to their beer. A couple notes about our criteria. Quantity and quality are both important, but quality's a bit MORE important. If you're a small state turning out a disproportionate amount of great beer, it did not go unrecognized. We also gave a boost to states who played a historical role in American beer as we know it today. We also argued a lot, so if you want to do that as well, please join us in the comments! 50. Mississippi There’s a reason that Mississippi’s the home of the blues. It has a lot to do with the fact that the state’s got fewer breweries than Blind Willie Nine Fingers has digits. 49. West Virginia Misty taste of moonshine, teardrop in my eye. Note: the teardrop is because there isn’t enough good beer to drink here. 48. Rhode Island ‘Gansett. That’s about all there is to say. ‘Gansett!! Luckily it’s really fun to say. 47. North Dakota You’d think that two decades of enduring wood-chipper jokes would drive more North Dakotans to drink, but noh... noh, there’s not much brewing going on here, though a can of Fargo Brewing Co.’s Iron Horse Pale Ale is a mighty fine treat. 23. Montana Big Sky Brewing might be the ambassador for Montana brewing -- Moose Drool being an essential brown, and Ivan the Terrible being a badass of a Russian Imperial -- but with rising stars like Flathead Lake and Bozeman Brewing pouring high-quality wares, Montana’s becoming formidable on the scene. Bozeman will one day be a destination for beer lovers, provided you can deal with the requisite bluegrass music that accompanies your drinking. 4. Michigan The Great Lakes State may not be a prolific hops producer, or contain one brewery for every man, woman, and child (they do have about two for every 100,000 adults, according to the Brewers Association). But mittens were meant for holding cold brews, and Michigan happens to host some of the best damned breweries in the country. 3. Colorado Everywhere you look in Colorado -- literally everywhere -- there is beer. There is no escaping the beer. This is a good thing. Everyone with a beard brews beer, and everyone has a beard, which, by the law of syllogism or something, means literally everyone brews beer. And, damn, do they do it well. 2. California Manifest Destiny gave us California, and it gave us back beer. Literally, the entire state makes the stuff, from Weed Alehouse & Bistro in a city called Weed (seriously) about 40 minutes from the Oregon border, all the way down to San Diego, which we’re gonna go ahead and deem the most dominating beer city in world history -- thanks to Stone and Green Flash of course, but also Port, Coronado, Lost Abbey, Ballast Point, AleSmith (find their Wee Heavy), and the other 70+ operations brewing flawless beer with abandon. 1. Oregon California and Washington might have more brewers, but dammit, they’ve also got more people. More importantly, they don’t have the density of Oregon’s offerings. Or the quality. Oregon’s long been at the forefront of the craft industry, with brewers like Widmer Brothers, Rogue, Full Sail, and Deschutes leading the national charge as gateway beers for people who want something more out of their pints. But they’re just the OGs of what might be the epicenter of the craft beer movement. 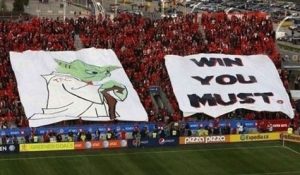 Time Out; a policeman’s lot.

Bob, a lawyer, was driving home over the Golden Gate Bridge after spending a great day on the ocean fishing. His catch, cleaned and filleted, was wrapped in newspaper on the passenger-side floor. He was late getting home and was speeding... Wouldn't you know that a cop jumped out, radar gun in hand, and motioned him to the side of the bridge. Bob pulled over like a good citizen. The cop walked up to the window and said, "You know how fast you were going, boy?" Bob thought for a second and said, "Uh, 60?" "67 miles per hour, son! 67 miles per hour in a 55 zone!" said the cop. "But if you already knew, officer," replied Bob, "why did you ask me?" Fuming over Bob's answer, the officer growled and said in his sarcastic fashion, "That's speeding, and you're getting a ticket and a fine!" The cop took a good close look at Bob in his stained fishing attire and said, "You don't even look like you have a job! Why, I've never seen anyone so scruffy in my entire life!" Bob answered, "I've got a job! I have a good, well-paying job!" The cop leaned in the window, smelling Bob's fish, and said, "What kind of job would a bum like you have?" "I'm a rectum stretcher!" replied Bob. "What did you say, boy?" asked the patrolman. "I'm a rectum stretcher!" The cop, scratching his head, asked, "What does a rectum stretcher do?" Bob explained, "People call me up and say they need to be stretched, so I go over to their house. I start with a couple of fingers, then a couple more, then one whole hand, and then two. Then I slowly pull them farther and farther apart until it's a full six feet across." The cop, absorbed with these bizarre images in his mind, asked, "What the hell do you do with a six-foot asshole?" Bob said, "You give him a radar gun and place him by a bridge!" Police in Newfoundland have arrested a 30-year-old shop assistant after he was found lying naked with a mannequin in a store window. "We found several bite marks on other mannequins as well," An officer told the CBC. "The suspect said he had gotten somewhat confused after purchasing a book called 'Making Love for Dummies.'"

Our weekend Seafood Feature is a Shrimp Po’Boy Sandwich. $13.95