Our premium wine features for September are Pelee Island Lucky Stones VQA Wines from Ontario.  The white is a Sauvignon Blanc/Chardonnay/Scheurebe and the red is a Baco Noir/Cabernet Franc.  Both are $7.95 for a glass and $22.95 for a half litre. Our guest import tap now offers Prairie Sun Yukaflux Belgian-style  fruit-ale from Saskatoon.  $7.95 for a pint. We are doubling our production and will be brewing two tanks of Great Pumpkin Spiced Brown Ale this year rather than one. We hope to bottle one entire tank and have the other available for in-house consumption. Hopefully that will allow for a more regular supply of the product without any disruption in availability. We will release the 2014 offering on Saturday, October 18 at 11:00 AM. There will be a limit of a dozen 650 ml bottles per person, at least until everyone has had a chance to purchase their 12 bottles. Work has resumed on our main washrooms. The men’s washrooms in the Arizona Room (west of the front entrance) is available until the work in the main men’s washroom is completed.

Aug. 25: Monday Night Jazz & Blues. Uptown Jazz. Great jazz standards performed by talented musicians both young and “mature”. Aug. 27: Wednesday Night Folk. Creek City. Folk/roots/rock group from Swift Current makes their Bushwakker debut. 9:00 PM. Aug. 29-31: Labour Day Long Weekend Keg Event. A great way to celebrate this football weekend is with a Bushwakker keg. Four sizes of kegs are available to suit any gathering – large or small. Receive free ice, cups, coasters and the loan of a keg chiller tub with any keg purchased this weekend. Cheer on the Riders with family and friends in front of your screen at home with a Bushwakker keg. Order your keg a few days in advance to avoid disappointment. Aug. 31: The Labour Day Classic Burger Battle. We open at 11:00 AM this Sunday morning for one of the biggest games of the year! We welcome our many Winnipeg friends as they make their annual trek to Mosaic Stadium and to the Bushwakker. To pay tribute to this annual football contest, we not only offer a Bomber Burger and a Pint feature, but also a Rider Burger & a Pint feature. Both burgers will be absolutely delicious. History has demonstrated that the best-selling burger will usually indicate which team will win the Labour Day Classic. Go Team Green! Sept. 1: Monday Night Jazz & Blues. The Jazz Band-Its. We open at 11:00 AM on Labour Day Monday. A great way to end off a long weekend is with a big band jazz performance from the largest band to ever grace the Bushwakker stage! 8:00 PM. Sept. 3: Monthly ALES Meeting. If you have been thinking about getting into the art of home brewing or have been wanting to improve your skills as a home brewer, now is the time to act! The first meeting of the Ale and Lager Enthusiasts of Saskatchewan 2014/2015 brewing season is tonight. New members are always welcome. Come join some of the most passionate and talented home brewers in the province and learn how to make better beer and how to appreciate better beer. A different presentation topic is presented each month. The September topic is Cider Making. Meetings are held on the first Wednesday of each month at 8:00 PM in the Bushwakker basement clubroom. Sept. 3: Wednesday Night Folk. Nick Faye. Inspiring, uplifting, and contemplative songs about the prairies. 9:00 PM. Sept. 5: First Firkin Friday. Enjoy the pomp and circumstance as a small keg (firkin) of specially crafted beer is lead in a procession throughout the pub by a piper from The Fraser Pipe Band. Bushwakker head brewer, Mitch Dalrymple has been creating some fairly aggressive offerings lately. We eagerly await his September brew. A volunteer is selected to tap the firkin with a handmade wooden maul affectionately named, The Mighty Firkin Wakker. Enjoy the potential spectacle of nearby onlookers being soaked with some serious suds! 5:30 PM. Sept. 8: Monday Night Jazz & Blues. ‘round Midnight. Popular band plays popular jazz and adult contemporary tunes. 8:00 PM. Sept. 10: Wednesday Night Folk. Sun Zoom Sparx. Mid-70s ambient rock, funk, jazz fusion and psychedelia. 9:00 PM Sept. 15: Monday Night Jazz & Blues. The Ministry of Groove. Large band plays great 1970’s jazz funk and beyond. 8:00 PM. Sept. 17: Wednesday Night Folk. James Gates. Smooth vocals & dynamic guitar in the style of Mayer and Matthews. 9:00 PM. Sept. 18: Science Pub edition #24 – The Economics of Beer.  Presented by The University of Regina Faculty of Science and The Bushwakker Brewpub. Our wildly popular monthly Science Pub Series kicks off for the 2014/2015 season. Enjoy lectures on scientific topics of general interest in our Arizona Room (main floor banquet room) over beer and snacks. The room opens at 5:00 PM and quite often is full by 6:00 PM. Avoid disappointment and come down early for dinner and a pint before the presentation which begins at 7:00 PM. This month's lecture is entitled The Economics of Beer and will be presented by Jason Childs from the Department of Economics. 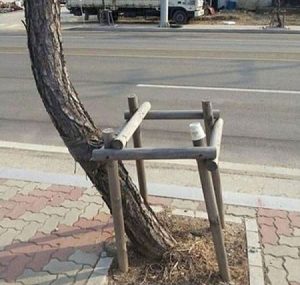 Jus doin’ my own thing.

A Mexican newspaper reports that bored Royal Air Force pilots stationed on the Falkland Islands have devised what they consider a marvelous new game. Noting that the local penguins are fascinated by airplanes, the pilots search out a beach where the birds are gathered and fly slowly along it at the water's edge. Perhaps ten thousand penguins turn their heads in unison watching the planes go by, and when the pilots turn around and fly back, the birds turn their heads in the opposite direction, like spectators at a slow-motion tennis match. Then, the paper reports, "The pilots fly out to sea and directly to the penguin colony and overfly it. Heads go up, up, up, and ten thousand penguins fall over gently onto their backs." On a transatlantic flight, a plane passes through a severe storm. The turbulence is awful, and things go from bad to worse when one wing is struck by lightning. One woman in particular loses it. Screaming, she stands up in front of the plane. "I'm too young to die!" she wails. "Well, if I'm going to die, I want my last minutes on Earth to be memorable! I've had plenty of sex in my life, but no one has ever made me really feel like a woman! Well I've had it! Is there ANYONE on this plane who can make me feel like a WOMAN??" For a moment, there is silence. Everyone has forgotten their own peril, and they all stare, riveted, at the desperate woman in the front of the plane. Then, a man stands up in the rear of the plane. "I can make you feel like a woman," he says. He's gorgeous. Tall, built, with long, flowing black hair and jet black eyes, he starts to walk slowly up the aisle, unbuttoning his shirt one button at a time. No one moves. The woman is breathing heavily in anticipation as the stranger approaches. He removes his shirt. Muscles ripple across his chest as he reaches her, and extends the arm holding his shirt to the trembling woman, and whispers: "Iron this."

Craft beers catching up with wine

KATIE CHAPMAN  NEW VINTAGE: Williams Pub Company directors Jamie Williams, left, and Andrew Williams have taken of the Wine Loft on The Terrace and will be turning it into Bethel Wood - a bar specialising in beer and smoked meats. Wine is making way for ales and lagers as craft beer bars continue to spread throughout the capital. Williams Pub Company is starting a beer bar in The Terrace, replacing the Wine Loft, as the hospitality industry says the craft beer market is catching up with the popularity of fine wines. The company already owns several bars in Wellington suburbs, including Gasworks in Miramar and The Khandallah Trading Company, and director Jamie Williams said its first foray into the central city would meet a gap in the market in The Terrace. The new bar - named Bethel Woods, after the location of the Woodstock festival - would cater to the after-work trade and serve meats cooked in two specially imported smokers, Williams said. The plan was to cater to all beer drinkers, with options from Tui through to the hardest-hitting craft creations. "You start down in something quite plain Jane and go up to a monster . . . There's an opportunity in the market to not isolate anyone." There was still a demand for wine bars, but they worked better in smaller spaces, whereas the Wine Loft could hold 250 people, he said. There was also an opportunity to invite in a much wider crowd, because while wine drinkers would still visit beer bars, it often wasn't true in reverse. "Every day now they [the Wine Loft] have people asking is that the only beer on tap." 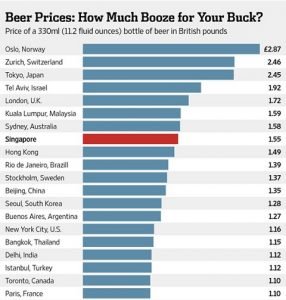 Our weekend Seafood Feature is a Lobster Roll. $14.95