Our premium wines for August are from the Sandhill Estate Vineyard in B. C. The red is a Merlot VQA. The white is a Pinot Blanc VQA. Both are $8.50 for a glass and $24.95 for a half litre. Our guest tap now offers Beer Here Lupulus Pale Ale from Belgium.  $8.95 for a pint. We apologize for the lack of air conditioning in the Bushwakker for a few days over the last weekend. The main unit for the service area of the Bushwakker broke down last week and by the time you read this it should have been replaced with a new unit.

Either there was a trend a few decades ago to name girl babies with a name beginning with the syllable “krist”, or the Bushwakker attracts them. We now have “Crystal”, “Krista”, “Christie”, two “Kristen’s” (One, “Kristy”, is a server. The other, “Krissy”, works in the office) and two Christine’s (One was a server and the other a receptionist and we hadn’t found a need for separate names in order to avoid confusion. In the past we’ve had more people with similar names in the kitchen.

Almost every edition of Regina’s Leader Post carries a story about the consequences of the incident last year at this time involving an altercation between football players and non-football players in the Warehouse District. . Every article says the event took place “outside a Dewdney Avenue nightclub”. The relevant incident took place on the Cornwall sidewalk next to the parking area behind the Bushwakker. The nearest nightclub is Habano’s. The entrance to Habano’s is 130 m from the incident. Or, is someone assuming that the Bushwakker is a nightclub. After all we do have live music twice or more per week. But the Bushwakker had been closed for two hours when the aforesaid event took place.  Many people come to the Bushwakker early in the weekend evening to eat and drink before heading out to a Regina nightclub. The participants in the incident had not been in the Bushwakker that night, and may never have been in the Bushwakker. Sixty percent of Bushwakker sales for on-site consumption are from the kitchen. That’s why we consider ourselves to be a restaurant with a brewery, which is the Brewer’s Association’s definition of a brewpub. Every reporter writing about the event copies this phrase, regardless of how sloppy it is. This has no significant bearing on the outcome of any legal proceedings associated with the event, but whenever reading anything in any news media, take this as a small warning about how accurate you should assume the article to be.

Aug. 25: Monday Night Jazz & Blues. Uptown Jazz. Great jazz standards performed by talented musicians both young and “mature”. Aug. 27: Wednesday Night Folk. Creek City. Folk/roots/rock group from Swift Current makes their Bushwakker debut. 9:00 PM. Aug. 29-31: Labour Day Long Weekend Keg Event. A great way to celebrate this football weekend is with a Bushwakker keg. Four sizes of kegs are available to suit any gathering – large or small. Receive free ice, cups, coasters and the loan of a keg chiller tub with any keg purchased this weekend. Cheer on the Riders with family and friends in front of your screen at home with a Bushwakker keg. Order your keg a few days in advance to avoid disappointment. Aug. 31: The Labour Day Classic Burger Battle. We open at 11:00 AM this Sunday morning for one of the biggest games of the year! We welcome our many Winnipeg friends as they make their annual trek to Mosaic Stadium and to the Bushwakker. To pay tribute to this annual football contest, we not only offer a Bomber Burger and a Pint feature, but also a Rider Burger & a Pint feature. Both burgers will be absolutely delicious. History has demonstrated that the best-selling burger will usually indicate which team will win the Labour Day Classic. Go Team Green! Sept. 1: Monday Night Jazz & Blues. The Jazz Band-Its. We open at 11:00 AM on Labour Day Monday. A great way to end off a long weekend is with a big band jazz performance from the largest band to ever grace the Bushwakker stage! 8:00 PM. Sept. 5: First Firkin Friday. 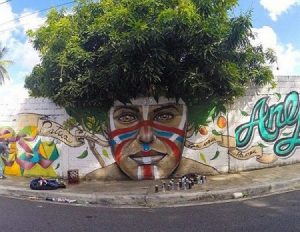 DC Beer Week 2014: Drink it all in with these events

By Rudi Greenberg August 14 DC Beer Week co-founder Teddy Folkman remembers a time when the most exotic beer you could find at a restaurant around here was a Heineken. Now, “every restaurant you go to has craft beer,” says Folkman, the head chef at Granville Moore’s. DC Beer Week, which kicks off its sixth go-round on Sunday, has ballooned into a massive celebration of all things craft beer — with an emphasis on local offerings, most of which didn’t exist during the first Beer Week in 2009. Ed. Note: Folkman obviously hasn’t been to the edge of the known universe, also known as Saskatchewan.

By Bret Thorn Aug 6, 2014 Craft beer sales are on fire. The Brewers Association, a trade group, reports that sales of these distinctive brews, generally made by small producers jumped by 17.2 percent in 2013, a year when overall domestic beer sales dropped by 1.9 percent. And that’s measured by volume. Since craft beers generally fetch higher prices, they’re growing even faster in dollar terms and now make up 14.3 percent of the overall domestic beer market. You probably already knew something about that, as restaurateurs have taken to stocking more local, small production brews and a growing number of restaurant chains are giving franchisees and regional managers more leeway in picking the craft beers  their customers are most likely to enjoy. Food-and-craft beer pairings have become so popular that we at Nation’s Restaurant News have started to feature them, highlighting, for example, how Rappahannock in Richmond, Va., is matching a local barrel aged beer with its scallop ceviche, and how Publik Draft House in Atlanta is pairing a local India pale ale with its short rib sliders. Better burger chain Smashburger has even teamed up with local breweries in the markets where it operates to develop beer pairings for its hamburgers and chicken sandwiches. Of course there are several microbrewing restaurant chains, including Rock Bottom Brewing Company and its sister Gordon Biersch, and beer sourcing specialists such as Yard House. A growing number of independent restaurants are making their own beers, too or having them custom-made for them by local craft brewers. You’re likely to see more of that in the years to come as New York Governor Andrew Cuomo just signed a bill into law authorizing The Culinary Institute of America to set up its own craft brewery on its campus in Hyde Park, N.Y. The CIA is teaming up with Brooklyn Brewery to open the facility, which is slated to start operating in summer 2015. It will be a teaching brewery, according to the CIA, and will be operated by juniors and seniors studying advanced wine, beverage and hospitality. In the process they’ll learn about fermentation and brewing techniques, food-and-beer pairings, as well as business aspects of brewing. And they’ll sell the beer, too — initially lager and seasonal brews — at the college’s four on-campus restaurants. The Poughkeepsie Journal quoted Cuomo as saying the brewery would help boost tourism and help the Hudson Valley economy, which is why he signed the bill.

A drunk that smelled like a brewery got on a bus one day. He sat down next to a priest. The drunk's shirt was stained, his face was full of bright red lipstick, and he had a half empty bottle of wine sticking out of his pocket. He opened his newspaper and started reading. A couple of minutes later, he asked the priest, "Father, what causes arthritis"? "Mister, it's caused by loose living, being with cheap, wicked women, too much alcohol, and contempt for your fellow man. "Well, I'll be damned," the drunk muttered and returned to reading his paper. The priest, thinking about what he said, turned to the man and apologized. "I'm sorry, I didn't mean to come on so strong.  How long have you had arthritis?" "I don't have arthritis, Father, but I just read in the paper that the Pope has it." A Georgia State Trooper pulled a car over on I-95 about 2 miles south of the Georgia/South Carolina state line. When the Trooper asked the driver why he was speeding, the driver answered that he was a magician and a juggler and he was on his way to Savannah to do a show that night at the Shrine Circus and didn't want to be late. The Trooper told the driver he was fascinated by juggling, and if the driver would do a little juggling for him that he wouldn't give him a ticket. The driver told the Trooper that he had sent all of his equipment on ahead and didn't have anything to juggle. The Trooper told him that he had some flares in the trunk of his patrol car and asked if he could juggle them. The juggler stated that he could, so the Trooper got three flares, lit them and handed them to the juggler. While the man was doing his juggling act, a car pulled in behind the patrol car. A drunk good old boy, from S.C., got out and watched the performance briefly, he then went over to the patrol car, opened the rear door and got in. The Trooper observed him doing this and went over to the patrol car, opened the door and asked the drunk what he thought he was doing. The drunk replied, "You might as well take my ass to jail, cause there's no way in hell I can pass that test." 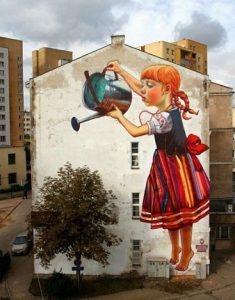 Clever tree graffiti, two
Our weekend Seafood Feature is Fried Calamari w/ Pita. $13.95 Soup & Sandwich Special is $11.95. All hot specials are $15.95, except where noted, and include a serving of soup du jour, chopped, or Caesar salad.