Our premium wines for August are from the Sandhill Estate Vineyard in B. C. The red is a Merlot VQA. The white is a Pinot Blanc VQA. Both are $8.50 for a glass and $24.95 for a half litre. Our guest tap now offers Beer Here Lupulus Pale Ale from Belgium.  $8.95 for a pint.

The Bushwakker now has a complete line of growlers (refillable beer containers) and accessories. Our budget glass growlers, with a conventional screw top, sells for $15, the Stainless Steel flip-top version for $40. Both will hold 1.9 liters of beer. We offer a neoprene insulating carrying bag that will fit either for $12. We now have available a decorative German glass and steel flip-top growler for $50. Growlers can be refilled with your choice of Bushwakker beer for $14.

Aug. 16: Riders vs Alouettes. Game time is 5:00 PM and we open at 11:00 AM. Stop by before, during or after the game and enjoy our Alouette Burger & a Pint feature. Go Riders go! Aug. 18: Monday Night Jazz & Blues.  The Regina Jazz Quintet. Great jazz standards receive a youthful twist from this up-and-coming group. 8:00 PM. Aug. 20: Wednesday Night Folk. Kory Istace Songwriter’s Circle 2. Veteran singer/songwriter, Kory Istace showcases his talents with a number of Regina songwriters. 9:00 PM. Aug. 25: Monday Night Jazz & Blues. Uptown Jazz. Great jazz standards performed by talented musicians both young and “mature”. Aug. 27: Wednesday Night Folk. Creek City. Folk/roots/rock group from Swift Current makes their Bushwakker debut. 9:00 PM. Aug. 29-31: Labour Day Long Weekend Keg Event. A great way to celebrate this football weekend is with a Bushwakker keg. Four sizes of kegs are available to suit any gathering – large or small. Receive free ice, cups, coasters and the loan of a keg chiller tub with any keg purchased this weekend. Cheer on the Riders with family and friends in front of your screen at home with a Bushwakker keg. Order your keg a few days in advance to avoid disappointment. Aug. 31: The Labour Day Classic Burger Battle. We open at 11:00 AM this Sunday morning for one of the biggest games of the year! We welcome our many Winnipeg friends as they make their annual trek to Mosaic Stadium  and to the Bushwakker. To pay tribute to this annual football contest, we not only offer a Bomber Burger and a Pint feature, but also a Rider Burger & a Pint feature. Both burgers will be absolutely delicious. History has demonstrated that the best-selling burger will usually indicate which team will win the Labour Day Classic. Go Team Green! Sept. 1: Monday Night Jazz & Blues. The Jazz Band-Its. We open at 11:00 AM on Labour Day Monday. A great way to end off a long weekend is with a big band jazz performance from the largest band to ever grace the Bushwakker stage! 8:00 PM. Sept. 5: First Firkin Friday. Valley breweries celebrate new growler legislation with Great Growler Fill  By KTAR Newsroom Originally published: Jul 24. PHOENIX -- Growlers are changing and Valley breweries celebrated the best way they know how: with beer. Prior laws stated that beer growlers could only be crafted from glass. New legislation, however, nixed all that. Now Arizona beer lovers can leave their favorite breweries with ceramic growlers or steel growlers -- or any other growler made from nonporous, sanitary material. To celebrate the momentous occasion, various breweries across Arizona kicked off the "Great Growler Fill" at midnight Wednesday, offering cheap growler specials and giveaways to thirsty night owls. 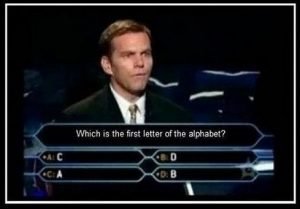 Sorry, Dude, You’ve Been Drinking the Wrong Beer for Years • Brad Tuttle A blind taste test reveals that if you're loyal to a beer brand because of the taste, you just might be fooling yourself.  A new study from the American Association of Wine Economists explores the world of beer rather than wine, and the findings indicate that you could be buying a favorite brand of brew for no good reason whatsoever. While the experiments conducted were limited, the results show that when labels are removed from beer bottles, drinkers can’t tell different brands apart—sometimes even when one of those brands is the taster’s go-to drink of choice. In the paper, the researchers first point to a classic 1964 study, in which a few hundred volunteer beer testers (probably wasn’t too hard to find folks willing to participate) were sent five different kinds of popular lager brands, each with noticeable taste differences according to the experts. But people who rated their preferred beer brands higher when the labels were on bottles “showed virtually no preferences for certain beers over others” when the labels were removed during tastings: In the blind tasting condition, no beer was judged by its regular drinkers to be significantly better than the other samples. In fact, regular drinkers of two of the five beers scored other beers significantly higher than the brand that they stated was their favorite. The new study takes a different, simpler path to judging the quality of beer drinkers’ taste buds. Researchers didn’t even bother with ratings data. Instead, the experiments consisted of blind taste tests with three European lagers—Czechvar (Czech Republic), Heineken (Netherlands), and Stella Artois (Belgium)—in order simply to find out if beer drinkers could tell them apart. The experiments involved a series of “triangle tests,” in which drinkers were given a trio of beers to taste, two of which were the same beer. Tasters were asked to name the “singleton” of the bunch, and generally speaking, they could not do so with any reliable degree of accuracy: In two of three tastings, participants are no better than random at telling the lagers apart, and in the third tasting, they are only marginally better than random. What these results tell researchers, then, is that beer drinkers who stick with a certain brand label may be buying the beer for just that reason—the label. As opposed to the taste and quality, which are the reasons that consumers would probably give for why they are brand loyalists. As the researchers put it in the new study, “marketing and packaging cues may be generating brand loyalty and experiential differences between brands.” In other words, we buy not for taste but because of the beer’s image and reputation that’s been developed via advertising, logos, and other marketing efforts. Similar conclusions have been reached in studies about wine; one, for instance, found that wine drinkers will pay more for bottles with hard-to-pronounce names—because apparently we assume that a fancy name is a sign of better quality. We also buy beer, wine, and a wide range of other products due to force of habit, of course. Drinkers who are loyal to a particular beer brand may hate to hear this—heck, so are consumers who are loyal to almost any product brand—but the research indicates we are heavily influenced by factors other than those we really should care about, such as quality and superior taste. All that said, we must point out the study’s shortcomings. The beer tastings were very limited in scope. It’s not like tasters were asked to compare Bud Light and a hoppy craft IPA, and then failed to tell the difference. And just because some volunteers couldn’t differentiate between beers doesn’t mean that you, with your superior palate, would be just as clueless. You may very well buy your favorite beer brand because, to quote an old beer ad, it “tastes great.” Just to be sure, though, it might be time to take the labels off and do some blind taste testing. Could make for a fun Saturday night. 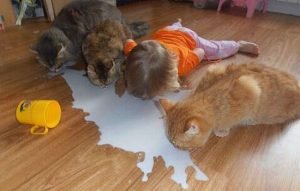 Time Out; the old west.

A sheriff walks into a saloon, and shouts for everyone's attention. "Has anyone seen Brown paper Jake?", he asks. "What's he look like?", asks one shoddy looking cowboy. "Well", replies the Sheriff. "He wears a brown paper hat, a brown paper waistcoat, a brown paper shirt, brown paper boots, brown paper pants, and a brown paper jacket." "So what's he wanted for?", asks the same cowboy. "Rustlin'...", replies the Sheriff. More than anything, Bob wanted to be a cowpoke. Taking pity on him, a rancher decided to hire the lad and give him a chance. "This," he said, showing him a rope, "is a lariat. We use it to catch cows." "I see," said Bob, trying to seem knowledgeable as he examined the lariat. "And what do you use for bait?" While riding one day, a cowboy met an old timer riding along with a dog and a sheep and he began a conversation. Cowboy: "Hey, nice dog you got there. Mind if I speak to him? Oldtimer: "Dog doesn’t talk." Cowboy: "Hey dog, how's it going?" Dog: "Doin' alright." Oldtimer: Look of shock. Cowboy: "Is this old timer your owner?" Pointing at the old timer. Dog: "Yep." Cowboy: "How does he treat you?" Dog: "Real good. He walks me twice a day, feeds me great food, and takes me to the lake once a week to play." Oldtimer: Look of disbelief. Cowboy: "Mind if I talk to your horse?" Oldtimer: "Horse doesn’t talk." Cowboy: "Hey horse, how's it going?" Horse: "Good." Oldtimer: Extreme look of shock. Cowboy: "Is this your owner?" Pointing at the old timer. Horse: "Yep." Cowboy: "How does he treat you?" Horse: "Pretty good, thanks for asking. He rides me regularly, brushes me down often, and keeps me in a shed to protect me." Oldtimer: Complete look of utter amazement. Cowboy: "Mind if I talk to your sheep?" Oldtimer: "Sheep lies." A lady went into a bar in Waco and saw a cowboy with his feet propped up on a table. He had the biggest boots she'd ever seen. The woman asked the cowboy if it's true what they say about men with big feet are well endowed. The cowboy grinned and said, "Shore is, little lady. Why don't you come on out to the bunkhouse and let me prove it to you?" The woman wanted to find out for herself, so she spent the night with him. The next morning she handed him a $100 bill. Blushing, he said, "Well, thankee, ma'am. Ah'm real flattered. Ain't nobody ever paid me fer mah services before." "Don't be flattered. Take the money and buy yourself some boots that fit."