Our premium wines for August are from the Sandhill Estate Vineyard in B. C. The red is a Merlot VQA. The white is a Pinot Blanc VQA. Both are $8.50 for a glass and $24.95 for a half litre. Our guest tap now offers Cactus Tap tequila barrel aged and agave cerveza from the Prairie Sun Brewery from Saskatoon.  $6.95 for a pint.

As many regular customers are aware, The Bushwakker Brewpub is named after a group of cross-country skiers who went bushwhacking (skiing without prepared trails) every Friday evening during the winter months, unless the ground was completely bare. Many of those skiers became members of an amateur brewing group, which eventually lead to the creation of The Bushwakker Brewpub. Soon after we opened we discovered that many customers were using the phrase “Bushwakker’s”. We assumed that someone had introduced the mistake and others soon copied it. However, we have come to realize that many people have the tendency to convert “Bushwakker Brewpub” to “Bushwakker’s” even if they have never heard it mispronounced by anyone else.  This has been brought home to us in more ways than one. Our new software for keeping track of the use of our web site shows that more people type “Bushwakker’s” or “Bushwakkers” than “Bushwakker” into search engines.  Fortunately, all three names bring you to the same place when using Google. 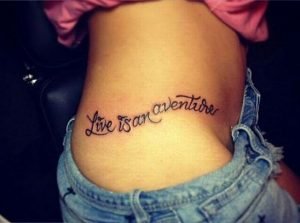 Certainly not a spelling lesson!

Aug. 1: First Firkin Friday. A longstanding Bushwakker monthly tradition. Enjoy the pomp and circumstance as a piper from The Fraser Pipe Band leads a small keg (the firkin) in a procession throughout the pub. A volunteer is selected to tap the firkin with a handmade wooden maul affectionately named, The Mighty Firkin Wakker. Generally the firkin tapper and all those in the immediate proximity receive a beer shower. Don’t miss the special firkin offering Bushwakker head brewer, Mitch Dalrymple, has prepared this month. 5:30 PM. Aug. 1 & 2: August Long Weekend Keg Event. A great way to celebrate the Saskatchewan Day long weekend is with a Bushwakker keg. Four different sizes of kegs are available to suit any group. Receive free ice, cups, coasters and the loan of a keg chiller tub with any keg purchased this weekend. Order your keg a few days in advance to avoid disappointment. Things tend to get a little brisk in our brewery every long weekend! Aug. 2: Food Day Canada 2014. It began in 2003 as The World’s Longest Barbeque, a massive, nationwide response to the sanction of Canadian beef exports by our largest trading partner and the negative consequences it imposed on the Canadian agricultural community. The WLBBQ was a huge success and has evolved into Food Day Canada®, an annual mid-summer celebration, always held on the Saturday of the August long weekend, when we share Canada’s rich culinary heritage and delicious northern bounty. The Bushwakker will once again be participating in this national event by utilizing some very locally sourced ingredients in the creation of a special dish. This year we will offer something a bit different. Bushwakker pastry chef, Tim Wooley will create a memorable cheesecake featuring our famous Blackberry Mead. August 2 also happens to be Mead Day which was created by the American Homebrewing Association in 2002. Tim will incorporate locally sourced goat cheese from SalayView Farm which is located just south of Regina, spent grains from our brewery and a special aged allotment of 2013 Bushwakker Blackberry Mead to create his decadent dessert offering. Aug. 4: Monday Night Jazz & Blues. Closed for the Holiday. Enjoy a Bushwakker keg this Saskatchewan Day long weekend! Aug. 6: Wednesday Night Folk. Theresa & Carol. Great harmonies from this talented folk duo. The real deal. 9:00 PM. Aug. 7: IPA Day. Join us as IPA fans around the world celebrate what has become the symbolic beer of the entire craft beer movement. Bushwakker head brewer, Mitch Dalrymple will offer his most innovative IPA firkin offering to date – a Maker’s Mark Kentucky Bourbon Barrel Dry Hopped Chico IPA! The firkin will be tapped at 5:30 PM. When visiting beer festivals across North America, we often see enthusiastic beer fans dressed up like Hophead Superheros. We encourage all Regina hophead fans to dress up in hop hats, hop shirts, hop sunglasses, hop necklaces, and even green hop tights and capes and join the firkin procession throughout the pub. The person wearing the best Hophead costume will tap the firkin as well as receive a bright green Bushwakker Chico IPA t-shirt! A number of bottled IPAs will be also be available and our kitchen will offer a tasty meal feature incorporating this iconic beer style as an ingredient. Enjoy Chico IPA Brined St Louis Pork Ribs on pale ale marinated roasted creamer potatoes, topped with apple jicama slaw & served with tamarind summer sambal. The biggest day of the year for hopheads and craft beer lovers alike. Bitter is indeed better! Aug. 11: Monday Night Jazz & Blues. Jeff Mertick & The Bluebeat Singers. Local veteran bluesman is joined by a powerhouse vocal duo and backing band. 8:00 PM. Aug. 13: Wednesday Night Folk. Bradford. Brad Papp and Mark Radford deliver great acoustic folk. 9:00 PM. Aug. 16: Riders vs Alouettes. Game time is 5:00 PM and we open at 11:00 AM. Stop by before, during or after the game and enjoy our Alouette Burger & a Pint feature. Go Riders go! 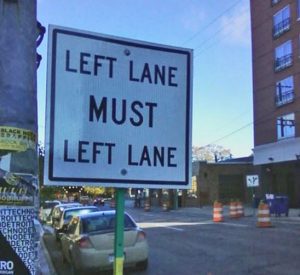 Consider the number of people who were not paying attention.

By Ashley Routson July 24, 2014
On Thursday, Aug. 7, join beer enthusiasts, breweries and bars across the globe in a collective toast to one of craft beer’s most iconic styles: the India pale ale.
Founded in 2011, IPA Day is a universal movement created to unite the voices of craft beer enthusiasts, bloggers and brewers worldwide, using social media as the common arena for connecting the conversation. IPA Day is not the brainchild of a corporate marketing machine, nor is it meant to serve any particular beer brand. IPA Day is opportunity for all breweries, bloggers, businesses and consumers to connect and share their love of craft beer. It is an opportunity for the entire craft beer culture to combine forces and advocate craft beer through increased education and global awareness.

Why Celebrate the IPA?

This illustrious style represents the pinnacle of brewing innovation with its broad spectrum of diverse brands, subcategories and regional flavor variations—making it the perfect style to galvanize craft beer’s social voice. At the 2014 World Beer Cup, the most entered style category was the American-Style India Pale Ale with 224 entries. The second most entered category was its little cousin, the American-Style Pale Ale (122 entries). Its popularity and accessibility makes the IPA the most inclusive style for brewers, retailers and consumers to collectively celebrate.

For the past two years, hundreds of events, tastings, festivals and dinners have been hosted around the world in celebration of IPA Day. Last year, the official #IPAday hashtag was tweeted out 33,697 times by 22,877 different users. The#IPAday hashtag had the potential reach of 25.04 million people and
appeared on nearly 54.2 million timelines. Throughout the day, the official hashtag trended in several major U.S. metropolises, including Austin, Birmingham, Baltimore, Boston, Chicago, Cincinnati, Columbus, Cleveland, Denver, El Paso, Greensboro, Harrisburg, Honolulu, Indianapolis, Jackson, Jacksonville, Los Angeles, Louisville, Minneapolis, Memphis, Milwaukee, Portland, San Antonio, San Francisco, San Diego—and just about every major U.S. city on the map. Outside of the U.S., reports of IPA Day were recorded all over Europe,  as well as China, Japan, New Zealand, Australia and Brazil. The goal is to make this year’s IPA Day even more viral. Getting involved is easy! The only requirements are an appreciation for great craft beer and the willingness to spread the word. Anyone can participate by enjoying an IPA with friends, making some noise online with the #IPAday hashtag and showing the world that craft beer is more than a trend.

How to Participate in IPA Day

Organize an IPA Day event at your brewery, brewpub, restaurant, bar, bottle shop, home or office. Be sure to post your events on the CraftBeer.com Event Calendar so others in can join in. Here are some helpful tips on submitting an event. On August 7, share your photos, videos, blog posts, tasting notes, recipes and thoughts on IPA with the world. Be sure to tag your posts on Twitter, Instagram, Facebook, Pinterest, Google+ and other social media platforms with the #IPAday hashtag. Please note that this year we are using a lower case “d” in the hashtag to reduce confusion. See what other people are saying on Twitter by searching #IPAday. Follow the conversation closely by adding an #IPAday search column on your Tweetdeck. Become a craft beer steward in your community. Encourage non-craft beer drinkers to take a break from their normal beverage routine and join the collective toast on IPA Day. Set the goal of converting at least one person, if not the whole world of drinkers to IPA lovers! For more information follow: @TheBeerWench

A couple goes out to dinner to celebrate their 50th wedding anniversary. On the way home, she notices a tear in his eye and asks if he's getting sentimental because they're celebrating 50 wonderful years together. He replies, No, I was thinking about the time before we got married. Your father threatened me with a shotgun and said he'd have me thrown in jail for 50 years if I didn't marry you. Tomorrow I would've been a free man! Dan married one of a pair of identical twin girls. Less than a year later, he was in court filing for a divorce. "OK," the judge said, "Tell the court why you want a divorce." "Well, your honor," Dan started, "Every once in a while my sister in law would come over for a visit, and because she and my wife are so identical looking, every once in a while I'd end up making love to her by mistake." "Surely there must be some difference between the two women," the judge said. "You'd better believe there is a difference, your honor. That's why I want the divorce," he replied. With no warning and clear out of the blue, a husband said to his wife, "Honey, I have invited a friend home for supper tonight." His wife replied, "What? Are you crazy? The house is a mess, I didn't have time to go shopping, all the dishes are dirty, and I don't feel like cooking a fancy meal tonight!" The husband said, "I know all that." "Then why in the world did you invite your friend for supper tonight?" asked the wife. The guy answered, "Because the poor fool is thinking about getting married.
Our weekend Seafood Feature is Asian Mussels. $15.95
Soup & Sandwich Special is $11.95.  All hot specials are $15.95, except where noted, and include a serving of soup du jour, chopped, or Caesar salad.