Our premium wines for July are Wayne Gretzky Okanagan VQA Wines from BC: The red is a Cabernet Sauvignon/Syrah. The white is a Pinot Grigio. Both are $7.95 for a glass and $22.95 for a half litre. Our guest tap now offers Cactus Tap tequila barrel aged and agave cerveza from the Prairie Sun Brewery from Saskatoon.  $6.95 for a pint. Your Bushwakker has been involved in a program of major renewal over the last month. All carpeting (stairwells, stage, entrances) has been replaced. New commercial toilets have been installed. The main washroom floors have been renewed. Although this is not evident to our customers, our security system has been upgraded. Still to come are new bathroom exterior walls and stall walls. We hope that you enjoy our wall decorations that show historical pictures from Regina’s past. We invite submissions of new pictures showing scenes from Regina’s past suitable for major enlargement and mounting on the wall in what was once the darts corner. Contact Kelly at Kelly@bushwakker.com. If she uses your submitted image you will receive a Bushwakker $100 gift certificate. We have been receiving a number of new specialty imported products lately that will be part of our new specialty import beer and cider menu. Thus far we have received: 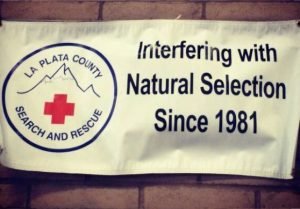 I've been writing about beer for long enough that people often come up with cutesy crap to ask me about my habit. I get all manner of the "have you tried this beer," or "what do you think about that brewery," and such, but there are three questions that I consistently get asked.

The most common question is "what is your favorite beer." I hope I'm not offending anyone when I reveal that inwardly, I think "what a stupid question” when I'm asked. Beer, in all of its infinite variations is an incredibly situational thing that's based on variables that transcend much more than the beer itself. Consider this: if you asked 10 different people what their favorite pizza is or what their favorite sexual position is, do you think you'd get the same 10 answers?

In addition, as far as I'm concerned, the enjoyment of beer is entirely situational. If I'm working hard, it’s likely that something lighter and quenching does the trick and would be my favorite at the time. When I'm sitting by the fire after a long day at the goldmine, a darker, more brooding beer seems to go better while I’m nudging sticks deeper into the dying fire or kicking at the embers. When

I'm writing, anything goes. I try to write with an open mind and drink with one too when banging on the keys.

So, my pat answer to “what’s your favorite beer?” is “the one in my hand.” And of course I explain my reasoning.

The second most frequent query is “have you ever been to Germany,” which is another silly question. I’m sure you suspect the reason the question is asked, but I usually quip back with “why?” No, I’ve never been to Germany, but just because I’m an avid quality beer lover doesn’t mean I have to go far to find the goods. In fact, a more relevant and deeper question to me would be “if you could visit any country to explore beer, what country would that be?”

Certainly, Germany is the hinterland of beer and most people associate beer’s roots with that country. The place is steeped in both tradition and rich history, and there’s that Oktoberfest thing, but seriously I’d have to say I’d visit Belgium first. Belgium’s robust beer culture is just as interesting and drowning in foamy history, but I find Belgian beer much more perse and enticing.

But, it’s more than that. Why do I have to go to Germany for good beer? Or Belgium? Or anywhere, for that matter? As far as I’m concerned, right here in the United States, and especially in Alaska, we make the best beer in the world.

When you think about it, I’m not just waxing prophetic here. Prior to the craft beer movement of the mid 1980s, American brewers emulated the Euro-styles because that’s how beer in the world was defined. Times have changed. Palates have shifted. American brewers got restless and bored with standard styles and started branching out on their own. We don’t need Germany and Belgium to hold us by the hand any more, and some of the most interesting beers in the world are originating right here in the states. You don’t have to go any further than Alaska’s local breweries and bars to find the best of the best.

Oddly, of late, the third most commonly asked question I get is “you drink so much beer all the time and make a living out of it, how come you’re not fat?” Indeed, the bane of the big beer drinker is the beer belly. I’ll be the first to tell you that until recently it wasn’t some special trick that kept me trim despite un-quantified imbibing of a substance that’s known to pack on pounds. I’ve always been rather genetically indisposed to gaining weight.

Again, until recently (age takes its toll: I’m 56), I’d been on a see-food diet, which means that I’d chow with abandon and compliment rich, calorie and carbohydrate-laden foods with all manner of great, “fatty” craft beer.

I was at the mall the other day eating at the food court. I noticed an old man watching a teenager sitting next to him. The teenager had spiked hair in all different colors: green, red, orange, and blue. The old man kept staring at him. The teenager would look and find the old man staring every time. When the teenager had enough, he sarcastically asked, "What's the matter old man, never done anything wild in your life?

The old man did not bat an eye in his response, "Got drunk once and had sex with a peacock. I was just wondering if you were my son."

A young man saw an elderly couple sitting down to lunch at McDonald's. He noticed that they had ordered one meal, and an extra drink cup. As he watched, the gentleman carefully pided the hamburger in half, then counted out the fries, one for him, one for her, until each had half of them. Then he poured half of the soft drink into the extra cup and set that in front of his wife.

The old man then began to eat, and his wife sat watching, with her hands folded in her lap.

The young man decided to ask if they would allow him to purchase another meal for them so that they didn't have to split theirs.

The old gentleman said, "Oh no. We've been married 50 years, and everything has always been and will always be shared, 50/50."

The young man then asked the wife if she was going to eat, and she replied, "It's his turn with the teeth." 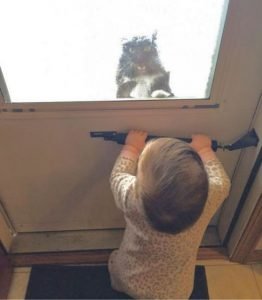 How to drive a cat mad.

Also, a package liquor agency has been approved for the Snowbird resort.

When an area is too small to warrant a state store, private and corporate groups contract with the state to open a liquor store.

SALT LAKE CITY — State lawmakers grilled Utah’s liquor control agency over its rules and policies that could lead to “Oktoberfest without beer.” In a hearing before the Utah State Legislature’s Administrative Rules Committee on Monday, lawmakers questioned why the Utah Department of Alcoholic Beverage Control Commission was scrutinizing who gets so-called “single event permits,” generating international headlines.

“The commission seems to bore in on issues which are not particularly law enforcement-related, but manage to turn Utah into the laughing stock of the world,” said Sen. Jim Dabakis, D-Salt Lake City.

FOX 13 first reported in May that the DABC was scrutinizing how it hands out single-event permits for festivals and other events. Liquor agency commissioners were looking at whether the events being held really were community events, or just money-makers for the business hosting them. Snowbird, which sought a permit for its annual “BrewFest,” raised concerns that it could doom their wildly popular Oktoberfest. Snowbird submitted their applications for Oktoberfest on Thursday, Petilos told FOX 13. The full commission was expected to vote on it later this month. Appearing before lawmakers on Monday, DABC Commissioner John Nielsen said they were reviewing their rules, to comply with what the Utah State Legislature intended. “Sometimes those rules create more confusion than they do help,” he said. DABC Commissioners planned to review their policies on granting or denying single-event permits beginning Tuesday. The Utah State Legislature may also become involved during the next session. “I think what we’ve been moving towards, legislatively, and putting into action over the past number of years is to create more hospitality and not hostility,” said Senate Minority Leader Gene Davis, D-Salt Lake City. DABC Director Sal Petilos told the committee they follow the rules and statutes passed by the legislature. Lawmakers pressed him on what had changed to prompt such scrutiny. “Given the history of DABC, I wanted to make sure we were in compliance,” he said, referring to a series of scandals that rocked the agency in previous years. Sen. Howard Stephenson, R-Sandy, said the situation created a “perfect storm” of bad publicity for the state. He urged the DABC to consult with the legislature about intent. “That’s just a word of advice from a Monday-morning quarterback,” he said. “As you look at rewriting the rule to avoid this international attention to ‘Utah as a place you don’t want to vacation,’ if you would give us feedback as a legislature on things to make your job easier to accomplish things.” Throughout the hour-long hearing, DABC staffers insisted they were acting on what the legislature passed and intended, with lawmakers countering that they were frustrated with headlines mocking Utah’s liquor laws. Sen. Mark Madsen, R-Saratoga Springs, made a bold statement by suggesting it was time Utah got out of the liquor control business. “Every time government embarks on a social engineering quest, there are always consequences,” he said. Other lawmakers did not appear to share his sentiment. “That’s best left for another argument,” Sen. Stephenson replied. Ed. Comment: Too bad that the SLGA doesn’t seem to care if they make our province a laughing stock or not.