Our premium wines for July are Wayne Gretzky Okanagan VQA Wines from BC: The red is a Cabernet Sauvignon/Syrah. The white is a Pinot Grigio. Both are $7.95 for a glass and $22.95 for a half litre Our guest tap now offers the Paddock Wood Belgian Wit for $7.95 a pint. Next up is the Mikkeller Super Galena Single Hop IPA from Denmark for $8.95 a pint. Bushwakker’s own Summer Wheat Beer is now available. Our 1.9 liter economy glass growlers are now available. $15. If you are a frequent Bushwakker customer you will be aware that we have been out of some menu items recently. The reasons are that we have been busier than usual lately with a number of special events, and we have three positions in the kitchen that we have not been able to fill. We will see some relief in the coming weeks related to the first reason but we are still casting about trying to solve the second problem. We have been experimenting with the hire of individuals with lower levels of preparation and motivation in the hope that we could train them ourselves. They tend to leave after a few weeks, overwhelmed by the inherent frenzy of a busy kitchen at meal times, and recognizing that they will never be able to do the work. Our starting salary for cooks is already 50% higher than the minimum wage and 25% higher than that mandated for Temporary Foreign Workers. It appears that to attract qualified individuals we would need to raise wages to a level that attracts people who are already employed elsewhere. So next time any buffoon in public office blathers on about hiring local “unskilled” kitchen workers you may wish to inform them that (i) the people needed in real kitchens are not unskilled, and (ii) none seem to be available in provinces that promote economic growth. Our second issue is that our provincial government has not seen fit to create a training centre in southern Saskatchewan that brings potential cooks up to even an entry level cooking position. Thawing and heating previously prepared food in a cafeteria or fast food restaurant is not what we mean by “cooking”.

July 4: First Firkin Friday. A great Bushwakker monthly tradition! Enjoy the pomp and circumstance as a small keg (firkin) is lead in a procession throughout the pub headed by a piper from The Fraser Pipe Band. An unsuspecting volunteer wields a handmade wooden maul and taps the firkin on the bar in the centre of the room. A drenching of the keg tapper as well as all those in the immediate proximity is almost guaranteed. Don’t miss the special brew that Bushwakker head brewer, Mitch Dalrymple has prepared for you this month. 5:30 PM. July 7: Monday Night Jazz & Blues. The Jazz Band-Its. Over 20 members comprise this very big band which plays big band jazz. 8:00 PM. July 9: Wednesday Night Folk. The Rusty Augers. Great country rock from this popular Moose Jaw act. 9:00 PM. July 12: Riders vs. Lions. The second home game of the regular season starts at 7:30 PM. Be sure to stop by the Bushwakker before, during or after the game for our Lion Burger & a Pint feature. “Devour” the competition’s namesake burger and enjoy any regular Bushwakker pint for only $15.95. July 14: Monday Night Jazz & Blues. Whiteboy Slim. Toronto Exclusive Magazine Music Awards best blues artist, best blues CD and best blues song. 8:00 PM. July 16: Wednesday Night Folk. The Stillhouse Poets. Great roots duo inspired by the music of the Mississippi Delta and the Appalachian mountains. 9:00 PM. July 21: Monday Night Jazz & Blues. The Ministry of Groove. Jazz/Funk from the 70’s and beyond! 8:00 PM. July 23: Wednesday Night Folk. Chad Kichukla & The Garage. Americana roots rock inspired by inspirations Springsteen and Earle. 9:00 PM. July 26: Riders vs. Argonauts. The big Saturday night game starts at 8:00 PM. Enjoy our Argonaut & a Pint feature before or after your visit to Mosaic Stadium. Go Riders go! July 28: Monday Night Jazz & Blues. Uptown Jazz. The “new & improved” band continues to lay it down in fine form. 8:00 PM. July 30: Wednesday Night Folk. The Upside of Maybe. Energetic roots/folk/pop/rock group from Stratford, Ontario on a summer Canadian tour. 9:00 PM. 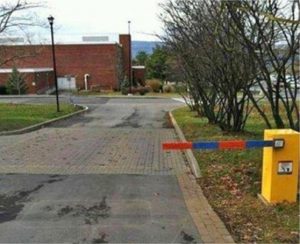 Why Lager Is the Future of Craft Beer

BY Jason Notte | 06/19/14 - 10:00 AM EDT PORTLAND, Ore. (TheStreet) -- Small craft brewers and the craft divisions of huge international breweries can talk about wheat beers, shandies and even IPA all they'd like: This is still lager country. Despite recent gains by craft beer and recent shifts by Anheuser-Busch InBev, MolsonCoors and SABMiller toward brands including Blue Moon, Shock Top, Goose Island and Leinenkugel's, the overwhelming majority of Even without Yuengling, craft beer is warming up to the cold-driven lagerin beer sold in this country is lager or some derivative thereof. It's been so relentless and pervasive that even hard-line craft beer advocates have begun embracing it in its light, familiar form. Consider that MolsonCoors/SABMiller's MillerCoors and Anheuser-Busch InBev still sell about 74% of the beer this nation drinks. Consider further that Corona and Heineken make up roughly another 10% of that market. Throw Pabst, Modelo and newly "craft" brewer Yuengling into the equation and 18 of the 20 best-selling beers in the U.S. are some form of either lager or pilsner. You can argue that most are losing sales -- and many including Budweiser, Bud Light, Miller Lite and Busch are. But import brands including Heinkeken, Corona and Modelo saw sales rise even during the recession. The same holds true for Coors Light, Pabst Blue Ribbon and Yuengling, with each posting double-digit percentage point gains in 2012 alone, according to Beer Marketer's Insights. The problem isn't lager, but the overall beer market. The Treasury Department's Alcohol and Tobacco Tax and Trade Bureau reported a 1.5% decrease in overall beer sales and a 2.6-million barrel loss in beer production. That's basically akin to shutting down Boston Beer's Samuel Adams brand (which produced 2.7 million barrels in 2012) for an entire year. Beer consumption overall has fallen in four of the past five years, with many of the slumping mainstream brands responsible for the damage. That has reduced beer's share of the overall alcohol market from 55% in 2000 to 49% in 2012. Meanwhile, craft beer volume increased by an estimated 15% last year, with imports putting up roughly 5% growth. The Beer Institute, a beer industry organization based in Washington, points out that craft's gains came at the cost of overall industry losses. The Beer Institute compared unemployment rates with average monthly beer shipments during the same period and found that overall shipments began decreasing steadily in 2009 and continued through June 2012 in direct correspondence with job numbers. MillerCoors' success with its Blue Moon and Leinenkugel's brands and A-B InBev's acquisition of craft brewers Goose Island and Blue Point could be considered a shift in strategy, but A-B just made a point of pumping more cash into its core brands after years of peddling Bud Light Platinum and Black Crown. So what gives? There's money and power in lager, and even craft brewers know it. This year, the Brewers Association craft beer industry group changed its definition of a craft brewer to include Pottsville, Pa.-based D.G. Yuengling & Son (the oldest brewer in the U.S., founded in 1829); St. Marys, Pa.-based Straub Brewing (1872); New Ulm, Minn.-based August Schell Brewing (1860); Monroe, Wis.-based Minhas Craft Brewery (1845 as Blumer Brewing). All were previously kept out under rules restricting use of corn -- which was a common pre-Prohibition ingredient European-born brewers used to counteract inferior U.S grain. All produce lagers as their flagship beers and most have become known for their light lagers in particular. Even as brands add more Pilsner, Helles, Kolsch or other lagers, however, they are making minimal progress in moderating craft beer. On the whole, lager makes up about 9% of all craft beer produced. That's far less than IPA's 18% share, but it's a bit deceptive. Summer Helles and Summerfest fall into the seasonal category, which represents 17% of all craft beer and includes holiday porters, pumpkin ales and their like. It also tends to get thrown into craft variety packs, which constitute about 10% of all craft beer sales. The other problem is that Yuengling's sales won't be included under the "craft" heading by Symphony IRI, the Brewers Association or anyone else until next year. That takes its more than 2.7 million barrels worth of Yuengling lager sales out of the equation. Combined with August Schell, Straub and the other "new craft brewers," that's lager production akin to what Pabst Blue Ribbon (3 million barrels) puts out in a year -- which should alter craft beer category sales significantly. process. With it in the fold, it makes new brands of craft lager just a few more barrels on a growing stockpile. While it's difficult to get a lifelong light lager drinker to switch to your hoppy, malty, high alcohol craft beer, it's much easier to convert him or her when nothing changes but the formula and, arguably, the quality of the ingredients. Irene Firmat, founder of Full Sail, said that was what drove her and her brewery to embrace their Session Lager before most other craft brewers could get behind either term. "The brewmaster at Oregon State once told us that all his guys drink down there are super hoppy IPAs," Firmat said. "We asked him what he tells them about those beers and he said he tells them that as their palates evolve, what they'll really appreciate is a well-done pilsner." Ed. Note: When the Bushwakker was opened 23 years ago, we recognized that Saskatchewan was settled by people from countries that drink lagers and we opened with a 50/50 mix of lagers and ales. However, over the years it’s become 75/25 in favour of ales. 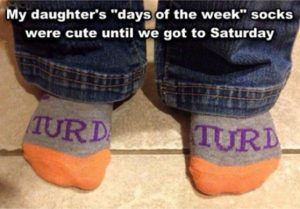 In the back woods of Kentucky, the redneck's wife went into labor in the middle of the night, and the doctor was called out to assist in the delivery. Since there was no electricity, the doctor handed the father-to be a lantern and said, "Here, you hold this high so I can see what I'm doing." Soon, a baby boy was brought into the world. "Whoa there," said the doctor. "Don't be in a rush to put the lantern down...I think there's yet another one to come." Sure enough, within minutes he had delivered a baby girl. "No, no, don't be in a great hurry to be putting down that lantern...It seems there's yet another one in there!" cried the doctor. The Redneck scratched his head in bewilderment, and asked the doctor, "Do you think it's the light that's attractin' 'em?" An Arkansas woman is in the welfare office filling out forms. The welfare officer asks her how many children she has? "Ten boys." "And their names?" "Leroy, Leroy, Leroy, Leroy, Leroy, Leroy, Leroy, Leroy, Leroy, and Leroy." "All named Leroy? Why would you name them all Leroy?" "That way, when I wants them all to come in from the yard, I just yells 'LEROY!', and when I wants them all to come to dinner, I just yells 'LEROY!'" "What if you just want a particular one of them to do something?" "Then I calls him by his last name."

Our weekend Seafood Feature is Arctic Char w/ Roast Potatoes & Stewed Vegetables. $15.95 Soup & Sandwich Special is $10.95. All hot specials are $14.95, except where noted, and include a serving of soup du jour, chopped, or Caesar salad.