June 2: Monday Night Jazz & Blues. The Ministry of Groove. Relive the great jazz funk of the 1970’s with this seven piece band. 8:00 PM. June 4: Monthly ALES Meeting. The final meeting of the 2013/2014 brewing season will be held in the Bushwakker clubroom at 8:00 PM. This month’s topic will be Beer & Cheese Pairings. The monthly club meetings will reconvene on September 3 and are held on the first Wednesday of each month. New members are always welcome. June 4: Wednesday Night Folk. Dr. Bird & Bluebeat. Ska/reggae/rocksteady and some darn powerful vocals. Look out! 9:00 PM. June 6: First Firkin Friday. Bushwakker head brewer, Mitch Dalrymple, has been quite creative with his firkins as of late. Last month’s black spiced rum and coconut milk infused Palliser Porter raised a few eyebrows. Don’t miss this month’s offering complete with plenty of pomp and circumstance as a small keg of specialty suds is lead throughout the pub lead by a piper from The Fraser Pipe Band. The keg will be tapped by a special guest firkin tapper who just may soak all the nearby onlookers with plenty of fresh beer. Get set to get wet at 5:30 PM. June 9: Monday Night Jazz & Blues. Call Me Mildy. Talented acoustic blues trio. 8:00 PM. June 11: Wednesday Night Folk. Jake Van Gold Trio. Blues/jazz/funk/rock in Hendrix/Clapton/Stevie Ray Vaughn guitar style. 9:00 PM. June 12: JazzFest Regina 2014 presents Belle Plaine & the Unrequited Love at The Bushwakker. The 6th annual Regina Jazz Festival is growing bigger and better every year. The Bushwakker will once again be a part of the festival and will present Saskatchewan born and raised jazz/pop/folk artist, Belle Plaine who will be backed by her seven piece band. Belle Plaine is a true prairie girl possessing a voice that silences noisy taverns. She has been called a national treasure with the voice of an angel. She is described as sounding timeless, somehow equally sultry, seductive, fragile, and dusky while still capable of a room-filling bombast when the moment calls for it. Belle Plaine is a throwback to a better time, from her singing style to her stage performance. She is engaging, talented, professional (not to mention gorgeous) - and has the singing chops to back it all up. Rush seating tickets are $15 and available at the Bushwakker, Bach & Beyond and RJS members. Show starts at 7:00 PM. Plan to arrive early in order to get a good seat! June 16: Monday Night Jazz & Blues. Shane & Ethan Reoch. Regina’s friendliest bluesman is now joined by his talented son. 8:00 PM. June 18: Wednesday Night Folk. Tara Dawn Solheim. Eclectic a cappella blues pop from this unique artist. 9:00 PM. June 23: Monday Night Jazz & Blues. ‘round Midnight. Popular jazz and adult contemporary tunes. 8:00 PM. June 25: Wednesday Night Folk. The Wrong Omar. Minneapolis based singer/songwriter plays a warm blend of roots/folk/rock with jazz harp and a little quirk. 9:00 PM. June 30: Monday Night Jazz & Blues. Uptown Jazz. Great jazz standards from this revitalized group. 8:00 PM. 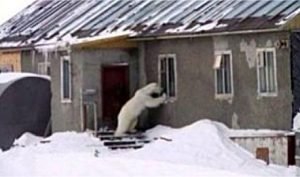 Beer chiefs change tack for fresh ‘Let there be beer’ push Mon, 19 May 2014 | By Sebastian Joseph

The nation’s five biggest brewers are readying a marketing push to promote beer’s versatility after their initial joint-effort to reignite dwindling sales was slammed for focusing too heavily on mainstream beers. The summer campaign is the first fully integrated effort from the beer industry and centres on telling consumers “There’s More to Beer”. The strapline sums up plans to promote as many as beers as possible following “Let there be Beer’s launch TV campaign’s focus on mainstream beers such as Budweiser and Foster’s last year. Provenance, the craft of brewing, diversity of beer styles, food parings and taste will also play pivotal roles in upcoming work. Additionally, it is understood that promotions will highlight beer’s suitability in venues beyond the traditional pub and home drinking settings. Activities are currently being developed with organizers planning to unveil the new creative later this summer. SapientNitro is shaping the strategy around a mix of traditional advertising techniques, technology and data. “Let there be Beer” declined to share further details but said ads will encompass the “full marketing mix” to engage connected consumers. It is the first major change for the AB InBev, SAB Miller, Heineken, Molson Coors and Carlsberg funded initiative since it launched last June. The ad was banned six months later for implying alcohol improves popularity and has had a limited effect on alcohol sales in the UK. It was criticised by industry observers for not demonstrating the diversity of the category. Jonny Forsyth, global drinks analyst at Mintel, says the “generic” campaign ”failed” to win round drinkers because it adopted the same type of advertising themes that defined the category in the 90s and early noughties. He said: “Last year’s campaign reinforced the problems that pushed the beer category into decline in the first place. It promoted mainstream lagers and reinforced the category’s laddish connotations because of the use of generic terms like refreshing. The days of wanting a generic lager are gone and the upcoming campaign needs to appeal to a more sophisticated and adventurous type of consumer. “When we look at our own research we’re seeing that its not just price and branding that are winning over customers in stores. There’s a growing demand of people wanting to understand the provenance of beers as well experience something premium. This depth of category is what will pull women to beer in a way that the previous campaign was unable to.” Rising demand for a broader choice of beers is highlighted in the emergence of flavoured variants. The flavoured on-trade market is projected to be worth £400m by 2016, according to alcohol consultants CGA Strategy, with core consumers coming from the 18 to 25 range. The popularity of flavoured beers alongside craft beers and cask ales has buoyed the category outright. Beer sales increased 0. 8 per cent in the three months to December, marking the first two consecutive quarters of growth in 10 years, according to the British Beer and Pub Association. READ MORE 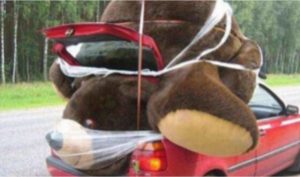 1. Illiterate? Write today for free help. 2. Auto Repair Service. Free pick-up and delivery. Try us once, you'll never go anywhere again. 3. Our experienced Mom will care for your child. Fenced yard, meals and smacks included. 4. Dog for sale: eats anything and is fond of children. 5. Man wanted to work in dynamite factory. Must be willing to travel. 6. Stock up and save. Limit: one. 7. Semi-annual After-Christmas sale. 8. 3-year old teacher needed for pre-school. Experience preferred. 9. Mixing bowl set designed to please a cook with round bottom for efficient beating. 10. Dinner special - Turkey $2.35; Chicken or Beef $2.25; Children $2.00. 11. For sale: antique desk suitable for lady with thick legs and large drawers.