After a number of technical hick-ups we did indeed get last week’s Wakker Weekly out in the new format. Since then we’ve received a number of both praises and complaints about the new style.
Our premium wines for May are New York’s Brotherhood Wines. The red is a Merlot, the white a Riesling. Both are $8.95/glass and $26.95/half litre Our guest tap now offers Charlevoix Saison; $8.95/pint. Next up will be the Le Trou Du Diable Shawinigan Handshake Weizenbock from Quebec. Also $8.95 pint.

May 26: Monday Night Jazz & Blues. The Donors. Talented young Regina jazz group plays great jazz standards. 8:00 PM. May 28: Wednesday Night Folk Special Edition – Regina Women in Song. This event has proven to be so popular that it has become an annual affair. Carly Falkenstein returns for another performance. She will be joined by two other acts; Taylor Dyke and Kelsey & Alee Wiens. 9:00 PM. May 29: 12th Annual Soul Sisters Dinner and Concert. This annual YWCA fundraiser is once again presented by The Room. Live music performances from father and son blues duo, Shane & Ethan Reoch as well as a solo performance from Bushwakker’s own, Troy Bleich. Browse the incredible array of items in the huge silent auction. Tickets available from The Room, the YWCA or Cheryl at The Bushwakker. $30 each. Includes a Bushwakker burger meal and Bushwakker half pint of beer. 6:00 PM. June 2: Monday Night Jazz & Blues. The Ministry of Groove. Relive the great jazz funk of the 1970’s with this seven piece band. 8:00 PM. June 4: Monthly ALES Meeting. The final meeting of the 2013/2014 brewing season will be held in the Bushwakker clubroom at 8:00 PM. This month’s topic will be Beer & Cheese Pairings. The monthly club meetings will reconvene on September 3 and are held on the first Wednesday of each month. New members are always welcome. June 4: Wednesday Night Folk. Dr. Bird & Bluebeat. Ska/reggae/rocksteady and some darn powerful vocals. Look out! 9:00 PM. June 6: First Firkin Friday. Bushwakker head brewer, Mitch Dalrymple, has been quite creative with his firkins as of late. Last month’s black spiced rum and coconut milk infused Palliser Porter raised a few eyebrows. Don’t miss this month’s offering complete with plenty of pomp and circumstance as a small keg of specialty suds is lead throughout the pub lead by a piper from The Fraser Pipe Band. The keg will be tapped by a special guest firkin tapper who just may soak all the nearby onlookers with plenty of fresh beer. Get set to get wet at 5:30 PM. June 9: Monday Night Jazz & Blues. Call Me Mildy. Talented acoustic blues trio. 8:00 PM. June 11: Wednesday Night Folk. Jake Van Gold Trio. Blues/jazz/funk/rock in Hendrix/Clapton/Stevie Ray Vaughan guitar style. 9:00PM. June 12: JazzFest Regina 2014 presents Belle Plaine & Her Seven Piece Band at The Bushwakker. The 6th annual Regina Jazz Festival is growing bigger and better every year. The Bushwakker will once again be a part of the festival and will present Saskatchewan born and raised jazz/pop/folk artist, Belle Plaine who will be backed by her seven piece band. Belle Plaine is a true prairie girl possessing a voice that silences noisy taverns. She has been called a national treasure with the voice of an angel. She is described as sounding timeless, somehow equally sultry, seductive, fragile, and dusky while still capable of a room-filling bombast when the moment calls for it. Belle Plaine is a throwback to a better time, from her singing style to her stage performance. She is engaging, talented, professional (not to mention gorgeous) - and has the singing chops to back it all up. Rush seating tickets are $15 and available at the Bushwakker, Bach & Beyond and RJS members. Show starts at 7:00 PM. Plan to arrive early in order to get a good seat!

At happy hour tonight, I had a vodka martini. My liquor of choice? 1681 Penn vodka crafted by Philadelphia Distilling. Despite being distilled in the Commonwealth, 1681 Penn has only recently landed in state stores. In Pennsylvania, you can’t buy liquor outside of state stores. Or wine. Or have wine shipped to you. While our state produces great beers from the likes of Victory, Yards, Sly Fox, Tröegs and the ubiquitous Yuengling, you can’t pick up a six pack at the grocery or at the convenience store. You can only buy beer at stores that have been blessed by the Commonwealth which generally includes beer distributors and breweries. Every now and again, my husband will pick up a Talisker on his travels. Or someone might bring us a Rhum Barbancourt. I always appreciate trying something a little different, a little outside of the norm. But here’s what I didn’t know when I sipped a little something purchased from outside of the Commonwealth: it turns out that I’m killing children. Fortunately, I have United Food and Commercial Workers Local 1776 to thank for this realization. They are currently airing a $300,000 commercial warning the public about the dangers of privatization of the sale of alcohol. Among the dangers? It puts our kids at risk, says Local 1776, who advises: It only takes a little bit of greed to kill a child. Prior to that commercial, I assumed that alcohol was alcohol. But apparently, alcohol purchased outside of the state-controlled system kills children. This is good to know. I also assumed that the dollars spent inside the Commonwealth stayed inside the Commonwealth. But that, according to the ad, isn’t quite true. Apparently, unless the Pennsylvania Liquor Control Board (PLCB) controls the sale of alcohol, our tax dollars will be diverted elsewhere. You know, because capitalists are greedy. They will steal our tax dollars and kill our kids. That is what the ad is implying, right? And what about that tax argument? The one that suggests that “politicians want [to] … lose the pot of money that saves tax dollars too?” The one that argues that tax dollars are maximized by state stores (PA Wine & Spirits)? The one that says that privatization would result in a loss of tax dollars to the Commonwealth? Like the “you’ll kill our kids” argument, the loss of tax revenue argument is a scare tactic. You just have to look at the numbers. Last year, state stores generated approximately $2.2 billion in sales. Of that, about a quarter, or $512 million, found its way back to our Treasury in the way of taxes and transfers to the General Fund. Those dollars break down like this: Of the dollars that don’t make it back to the Treasury, the breakdown includes: The majority of funds (74%) spent by state stores is on inventory, costs and administration. In other words, the cost of doing business. Those are the same kinds of expenditures that would be made by a privately-owned liquor store. As for those dollars returned to the Commonwealth? The reality is that a dollar spent on booze in the Commonwealth is subject to the same sales taxes (6% for most of the state, 7% for Allegheny County and 8% in Philadelphia) no matter who is doing the selling. And those liquor taxes? Same deal. Tax dollars are tax dollars. Third parties who collect certain taxes on behalf of consumers are responsible for remitting those dollars to the Commonwealth regardless of their identity (unless otherwise exempt, like certain non-profits). Of the money returned to the Commonwealth, more than 80% is attributable directly to sales and liquor taxes: again, the same kinds of dollars that would be remitted by a privately owned liquor store. It might even be a little more. Because of its rather draconian liquor laws, Pennsylvania suffers from “border bleed” – that’s a term for consumers leaving the Commonwealth to buy liquor somewhere else, like New Jersey, Delaware or Maryland. It’s estimated that the Commonwealth loses tens of millions of dollars of tax revenue each year because residents drive across the border to buy alcohol in other states. A survey conducted for the PLCB showed that 45% of Philadelphians and surrounding counties buy some or all of their alcohol outside of Pennsylvania. I *might* have known some of these people. I *might* have consumed some of this alcohol. I feel comfortable saying that, anecdotally, those numbers sound about right. All total, Pennsylvania consumers buy nearly a quarter of their wine and spirits from other states. The financial loss to the Commonwealth? An estimated $180 million in sales and more than $40 million in tax dollars. A study conducted by Public Financial Management, Inc. (PFM) at the request of the Pennsylvania Governor’s Budget Office found that privatizing the sale of alcohol would result in a return of about $100 million of those sales dollars to the Commonwealth. Read more

During a visit to the mental asylum, a visitor asked the director what the criterion was that defined whether or not a patient should be institutionalized. "Well," said the Director, "we fill up a bathtub, then we offer a teaspoon, a teacup and a bucket to the patient and ask him or her to empty the bathtub." "Oh, I understand," said the visitor. "A normal person would use the bucket because it's bigger than the spoon or the teacup." "No," said the Director, "A normal person would pull the plug. Do you want a room with or without a view?" 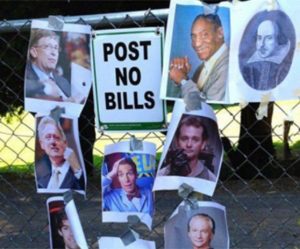