The people at Adspark have been working on a new Bushwakker website which has incorporate the sending of this newsletter in a new way, so this may be your first Wakker Weekly to be receive this way. The new website will also be compatible with a variety of devices. Our premium wines for May are New York’s Brotherhood Wines. The red is a Merlot, the white a Riesling. Both are $8.95/glass and $26.95/half litre. Our guest tap now offers Paddock Wood’s West Beast IPA, $8.95/pint.

May 15: Science Pub edition #23 – Waking Nightmares: Sweet Dreams Are Made of These. Presented by The University of Regina Faculty of Science and The Bushwakker Brewpub. Our wildly popular monthly Science Pub Series continues. Enjoy lectures on scientific topics of general interest in our Arizona Room (main floor banquet room) over beer and snacks. The room opens at 5:00 PM and quite often is full by 6:00 PM. Avoid disappointment and come down early for dinner and a pint before the presentation which begins at 7:00 PM. This month's lecture will be presented by Nick Carleton from the Department of Psychology. The Science Pub series will break for the summer and will reconvene this fall on Thursday, September 18. May 16 & 17: May Long Weekend Keg Event & Annual Screamin’ Mosquito Chili Beer Release. What better way to celebrate the year’s first warm long weekend than with a Bushwakker keg? Receive free ice, cups, coaster and the use of a keg chiller tub with any May long weekend keg order. Four sizes of kegs are available for any gathering big or small. Be sure to place your order early because all of our kegs usually sell out this weekend. Our Screamin’ Mosquito Thai chili pepper-infused blond ale also makes its annual return this weekend. A popular brew for those who like it spicy and hot! May 19: Monday Night Jazz & Blues. Closed for Victoria Day. May 21: Wednesday Night Folk. Lindsey Walker. Intimate yet powerful Edmonton roots artist on a western Canadian tour. 9:00 PM. May 22: Bushwakker Wild n’ Sour Beer Tasting. SOLD OUT May 26: Monday Night Jazz & Blues. The Donors. Talented young Regina jazz group plays great jazz standards. 8:00 PM. May 28: Wednesday Night Folk Special Edition – Regina Women in Song. This event has proven to be so popular that it has become an annual affair. Carly Falkenstein returns for another performance. She will be joined by two other acts; Taylor Dyke and Kelsey & Alee Wiens. 9:00 PM. May 29: 12th Annual Soul Sisters Dinner and Concert. This annual YWCA fundraiser is once again presented by The Room. Live music performances from father and son blues duo, Shane & Ethan Reoch as well as a solo performance from Bushwakker’s own, Troy Bleich. Browse the incredible array of items in the huge silent auction. Tickets available from The Room, the YWCA or Cheryl at The Bushwakker. $30 each. Includes a Bushwakker burger meal and Bushwakker half pint of beer. 6:00 PM. 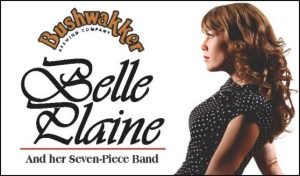 June 12: JazzFest Regina 2014 presents Belle Plaine & Her Seven Piece Band at The Bushwakker. The 6th annual Regina Jazz Festival is growing bigger and better every year. The Bushwakker will once again be a part of the festival and will present Saskatchewan born and raised jazz/pop/folk artist, Belle Plaine who will be backed by her seven piece band. Belle Plaine is a true prairie girl possessing a voice that silences noisy taverns. She has been called a national treasure with the voice of an angel. She is described as sounding timeless, somehow equally sultry, seductive, fragile, and dusky while still capable of a room-filling bombast when the moment calls for it. Belle Plaine is a throwback to a better time, from her singing style to her stage performance. She is engaging, talented, professional (not to mention gorgeous) - and has the singing chops to back it all up. Rush seating tickets are $15 and available at the Bushwakker, Bach & Beyond and RJS members. Show starts at 7:00 PM. Plan to arrive early in order to get a good seat! Asia's best beer bars: 10 top pours By Brian Spencer, for CNN; May 8, 2014 The craft beer revolution is dead. Microbrews are no longer a trend. They're increasingly the norm, as more and more new microbreweries join the fray, increase brewing capacity and expand distribution to corners of the globe thirsty for something more than the local mass-produced lager. The rapid change in beer-drinking tastes is particularly stark in the Asia Pacific region, where in 2013 the American Brewers Association reports that shipments of American craft beers jumped by more than 70% compared to the previous year. Singapore, Hong Kong and Thailand account for the biggest demand -- and that's just for American beer. So where are the best places to drink beer in Asia these days? Here's a beer drinker's top 10.

Brewerkz - Riverside Point (Singapore) Ahead of its time upon its debut in 1997, the granddaddy of Singaporean microbrewing still offers one of the Lion City's best overall beer experiences (and selections). Taphouse by Brewerkz, a laid back watering hole in leafy Dempsey Hill, is the brewery's latest and arguably most comfortable space. But its flagship venue, a massive sports bar and restaurant sprawling along the Singapore River in the slightly tacky Clarke Quay area, has the widest variety of beers. Here each of Brewerkz's five signature brews are always on tap -- including the hearty, full-flavored Oatmeal Stout -- along with up to seven seasonals and two guest beers, one of which is usually from fellow Singaporean microbrewers RedDot BrewHouse. You'll also find a well-curated list of bottled beers from more than 20 international breweries, though be prepared for mild sticker shock: a 22-ounce bottle of Evil Twin Femme Fatale Brett, for example, is roughly $20, while 25-ounce bottles of Brewery Ommegang's 3 Philosophers are around $25. Speaking of pricing, it's worth noting that Brewerkz beers are cheapest from noon-3 p.m. and, predictably, most expensive from 8-11 p.m., with prices rising as the afternoon wears on and falling again after 11 p.m. If you need an excuse to have a beer with lunch, this is it: a 16-ounce pint of India Pale Ale costs about $6.50 until 3 p.m., but is more than double that price during prime drinking hours. Brewerkz,  30 Merchant Road, #01-05/06, Riverside Point, Singapore; Ed. Note:

Two couples were playing cards one evening. John accidentally dropped some cards on the floor. When he bent down under the table to pick them up, he noticed that Bill's wife Sue, legs spread wide, wasn't wearing any underwear! Shocked by this, John upon trying to sit back up again, hit his head on the table and emerged red-faced. Later, John went to the kitchen to get some refreshments. Bill's wife followed and asked, "Did you see anything that you liked under there?" Surprised by her boldness, John courageously admitted that, well, indeed he did. She said, "Well, you can have it but it will cost you $500." After taking a minute or two to assess the financial as well as the moral costs of this offer, John indicates that he is indeed interested. She tells him that since her husband, Bill, works Friday afternoons and John doesn't, that John should be at her house around 2:00 PM Friday afternoon.
When Friday rolled around, John showed up at Bill's house for the planned time with Sue at 2:00 PM sharp and after paying her the agreed sum of $500, they went to the bedroom and closed their sexual transaction as Sue had promised. Afterwards, John quickly dressed and left. As usual, Bill came home from work at 6:00 PM and upon entering the house, asked his wife abruptly, "Did John come by the house this afternoon?" A little worried, Bill's wife answered, "Why yes, he did stop by for a few minutes this afternoon?" Her heart nearly skipped a beat when her husband curtly asked, "And did he give you $500?" In terror, she assumed that somehow he had found out, and after ushering up her best poker face, replied, "Well, yes, in fact he did give me $500." Bill, with a satisfied look on his face, surprised his wife by saying, "Good I was hoping he did. John came by the office this morning and borrowed $500 from me. He promised me he'd stop by our house this afternoon on his way home and pay me back." Three convicts were on the way to prison. They were each allowed to take one item with them to help them occupy their time while incarcerated. On the bus, one turned to another and said, "So, what did you bring?" The second convict pulled out a box of paints and stated that he intended to paint anything he could. He wanted to become the "Grandma Moses of Jail." Then he asked the first, "What did you bring?" The first convict pulled out a deck of cards and grinned and said, "I brought cards. I can play poker, solitaire, gin, and any number of games." The third convict was sitting quietly aside, grinning to himself. The other two took notice and asked, "Why are you so smug? What did you bring?" The guy pulled out a box of tampons and smiled. He said, "I brought these." The other two were puzzled and asked, "What can you do with those?" He grinned and pointed to the box and said, "Well according to the box, I can go horseback riding, swimming, roller-skating...." 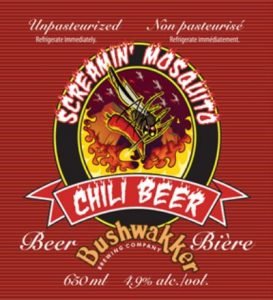 Our weekend Seafood Feature is Citrus Hoegaarden Mussels $16. The Soup & Sandwich Special is $10.95. All hot specials are $14.95, except where noted, and include a serving of soup du jour, chopped, or Caesar salad.