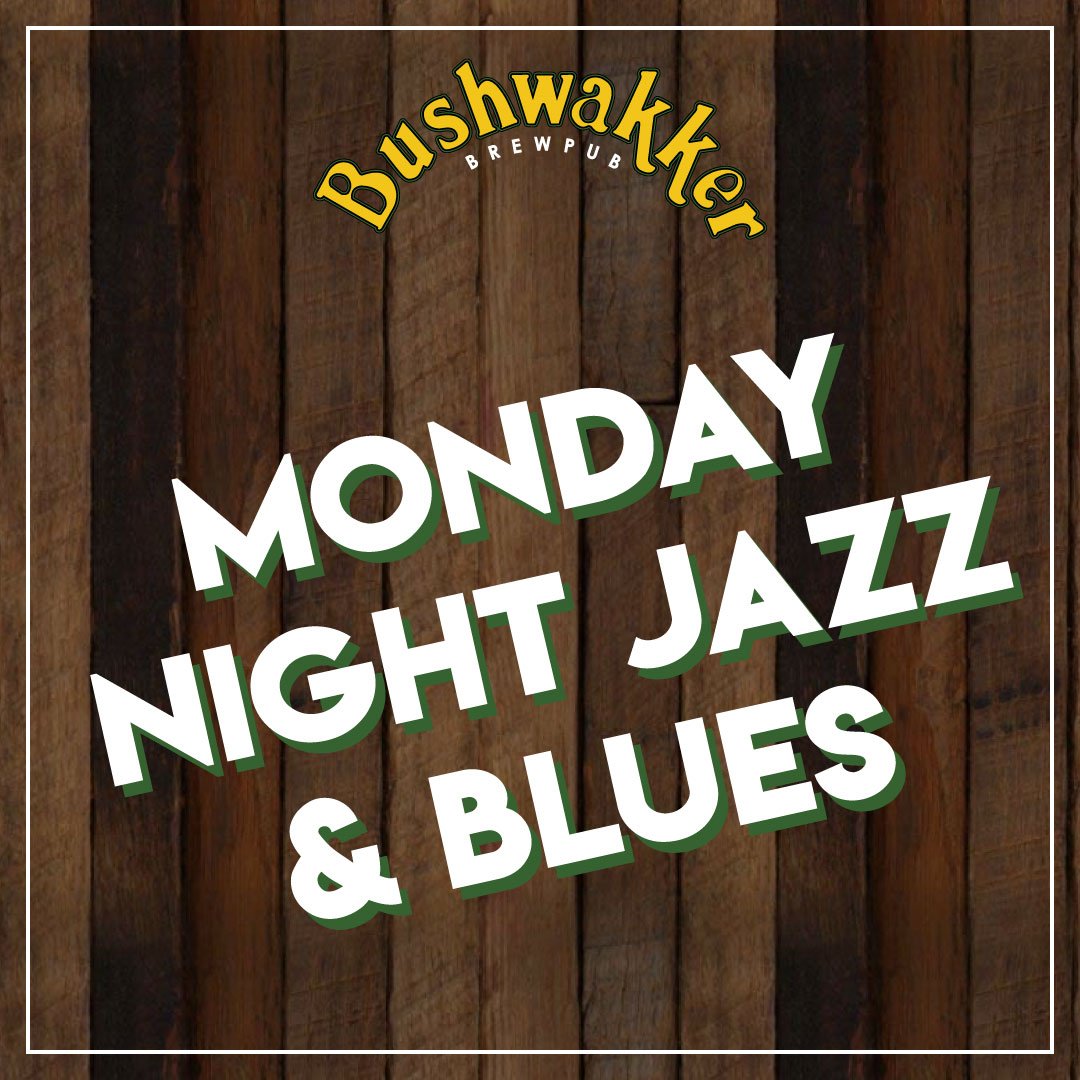 Presented in conjunction with The Regina Jazz Society. One of the biggest Bushwakker live music events of the year!

Prodigals Quartet is a brand new group to Regina. They are new because this will be the first time this group has been put together in this configuration. Three of the players are outstanding Saskatchewan musicians. Donny Kennedy is originally from Regina and has just recently returned this fall to Regina after a 25+ year career as a professor at McGill University attaining a Master’s Degree in jazz performance with high distinction in jazz saxophone. Donny is active as a performer playing in versions of his own quintet and sextet and with many others including a list of the “who’s who” in jazz. Also originally from Regina, Derek Friesen studied at McGill University as the top graduate selection for the Ray Hnatyshyn – Oscar Peterson scholarship for top graduating high school musicians. Derek also graduated from The Berklee College of Music in Boston on a full tuition scholarship and has received a Master’s Degree from the New England Conservatory with high honours.  Additionally, Derek has performed in over 65 countries playing with the best of the best in jazz. In 2020 Derek graduated from the James Cook University in Australia with a degree in Dentistry and currently practices alongside his father at Landmark Dental in Regina. After touring and playing throughout Canada early in his career, Chris Wallace moved to Scotland to teach as the head tutor at Stevenson College in Edinburgh. From there Chris toured and played on five continents with every imaginable genre of music and all the best players on the jazz scene including a stint in New York with such outstanding drummers as Joe Farnsworth and Willie Jones III. After the better part of a decade in Toronto and once again recording with anyone and everyone of significant status, Chris has returned to Saskatchewan where he teaches while living in Fort Qu’Appelle. The final quartet member is Josh Rager who is a keyboardist, arranger and composer teaching jazz studies at Concordia University in Montreal.  Josh has played and toured all over North America and Europe including recording with Nikki Yanoffsky at Carnegie Hall. Josh is one of the new breeds of Quebec musicians offering up a sweet, smoky, fast-paced brand of fusion and up-tempo jazz.

This is Regina’s newest, hippest and swingiest group to open Regina Jazz Society’s 2022 – 23 annual regular jazz programming. Tickets are $20 each and are available at The Bushwakker Brewpub or by visiting www.jazzregina.ca. Rush seating only. Plan to arrive early for dinner and to get a good seat! Note the earlier start time. 7:00 PM – 9:00 PM. 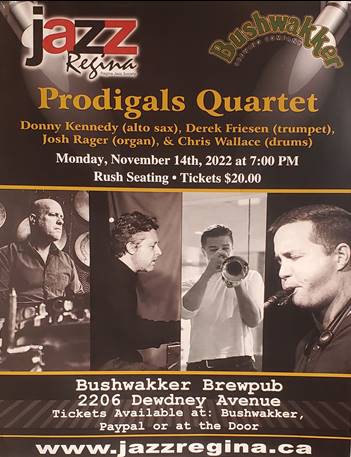